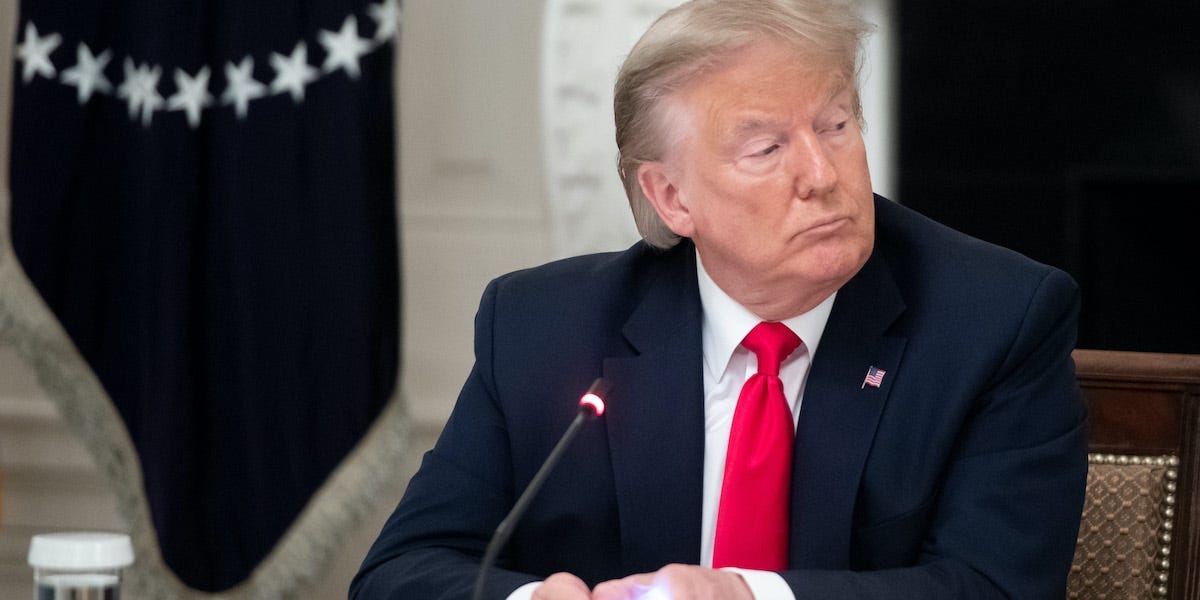 A former White House aide said it's not surprising that President Donald Trump would reject a peaceful transfer of power in November, adding that she and other staffers have in the past brought up the possibility behind closed doors.

"It's frightening to me because, to be honest, during my tenure at the White House, I've had conversations behind closed doors with White House staffers and other government officials, including people in the intelligence community, where we've actually discussed what if, what if he loses and refuses to leave," said Olivia Troye, a former aide to Vice President Mike Pence who served on the coronavirus task force.

"Or better yet, what if his plan is four more years of Donald Trump should he win, and will he leave after that?" she said Friday on CNN.

The White House did not immediately return a request for comment.

In recent weeks, the president has refused to commit to accepting the results of the 2020 election and told his supporters that he's "probably entitled" to three terms in the White House.

"We're going to win four more years in the White House," Trump said at a rally. "And then after that, we'll negotiate, right? Because we're probably — based on the way we were treated — we are probably entitled to another four after that."

In an interview with "Fox News Sunday" host Chris Wallace, Trump said "I'm not just going to say yes, I'm not going to say no," when asked if he would accept the election results.

On Friday, Trump said he wants "a smooth, beautiful transition," but suggested that he would accept the election only on the condition of "an honest vote."

"The only way we're going to lose is if there's mischief," Trump told supporters at a rally, referring to an unbased potential for "thousands and thousands of ballots that made the difference through cheating."