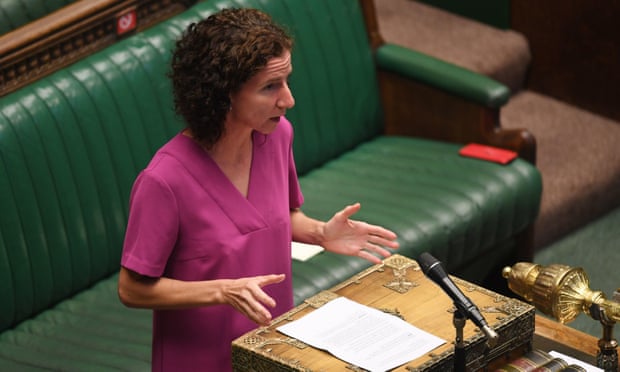 The job of shadow chancellor is one of the toughest in politics. Your opponent can call on the full weight of the Treasury and can actually do stuff. It is always a struggle to be heard.

In theory, life should have been a bit easier for the current shadow chancellor, Anneliese Dodds, because she took over from John McDonnell just as the economy was falling into the Covid-19 abyss. It normally helps not to be in charge when the country is going through a monster recession.

But it has still not been easy for Dodds. Over and above the normal difficulties associated with being shadow chancellor, she has faced three additional problems: a Labour party shellshocked from defeat last December; a government that has responded to the crisis with policies Labour would have followed had it been in power; and a chancellor who has gone out of his way to be consensual.

So would Labour have introduced a furlough scheme? Clearly, yes. Did it have a problem with state control of the train operating companies? No, it didn’t. Would Dodds have followed Rishi Sunak’s example and invited Frances O’Grady, the TUC general secretary, to Downing Street for talks about what the government ought to be doing? It goes without saying that she would.

Even so, there has been a passivity about Labour’s stance. The kindest interpretation is that Dodds has adopted the rope-a-dope technique used by Muhammad Ali in his Rumble in the Jungle fight with George Foreman in 1974. But the point about rope-a-dope was that Ali didn’t simply lie back and let Foreman pummel him; he could punch hard too and knew when to come off the ropes.

For Dodds, that moment has now arrived. Sunak’s winter economy plan, announced last week, was a triumph of style over substance. He might have had an uncomfortable-looking O’Grady with him on the doorstep of 11 Downing Street for a photo opportunity, but the reality is that the Treasury will scale back support for the economy over the next few months. Gordon Brown, the last Labour shadow chancellor to make it to the Treasury, thinks only a much bigger package can save Britain from mass unemployment.

This is a big opportunity for Dodds, and the shadow chancellor knows it. She has written to Sunak pointing out the weaknesses and inconsistencies of a plan that she says harks back to the worst days of Thatcherism.

The centrepiece of last week’s announcement was the job support scheme, which will replace the furlough on 1 November. The idea of the JSS is to top up the wages of employees only able to work part-time to almost four-fifths of their normal pay, but instead of having to pay 20% of the cost – as will be the case in the last month of the furlough – employers will have to pay up to 55%.

In her letter, Dodds suggests this provides an incentive for employers to keep on a small number of workers full-time and get rid of the rest, because employing one full-time worker costs less than employing two part-time workers.

Asked about this at a press conference last week, Sunak said the JSS together with the £1,000 job-retention bonus payable for each worker brought back from furlough and kept on the payroll until 31 January would be enough to persuade companies not to part with workers. This might be true of highly skilled and difficult-to-replace workers, but unlikely to be the case for those most at risk in the coming months, who tend to work in low-wage, low-productivity sectors. As the Oxford University economist Michael Devereux rightly notes, the JSS is a “huge new tax on employers” that is likely if anything to create more, rather than less, unemployment.

Sunak’s new approach is that the Treasury is there to help, but only in cases where employees can work at least a third of their normal hours. Jobs where this is possible are deemed viable, those where it is not are unviable.

This has distinct echoes of Joseph Schumpeter and his idea of creative destruction: essentially the notion that for capitalism to regenerate itself, old struggling sectors have to go under in order to make way for dynamic new companies.

Dodds makes two perfectly reasonable points in response. Firstly, if the chancellor thinks the economy is going through deep structural change, where is the government support for retraining so that workers acquire the skills they need for the jobs of the future? Secondly, there is not the remotest possibility, given continued restrictions, that many of those who work in the performing arts will be able to work a third of their normal hours. Is the government seriously saying that these are unviable jobs? If not, where is the support for the creative industries?

Her letter goes on to ask what assessment the Treasury has made of the impact on the self-employed of the scaling-back of state financial support, what is being done to help those who had fallen between the cracks in the government’s scheme, and why Britain’s plans for a green recovery were less ambitious than those of Germany and France.

Although couched in the politest of ways, the letter from Dodds could prove canny. If things go badly wrong for the economy over the coming months, which looks a stone-cold certainty, Sunak will have a choice. Either he will have to come back with a fresh package of support along the lines Labour is proposing or, much less likely, he will say the cupboard is now bare and there is nothing more he can do. Whichever choice he makes, Dodds will then be able to say: I told you so.