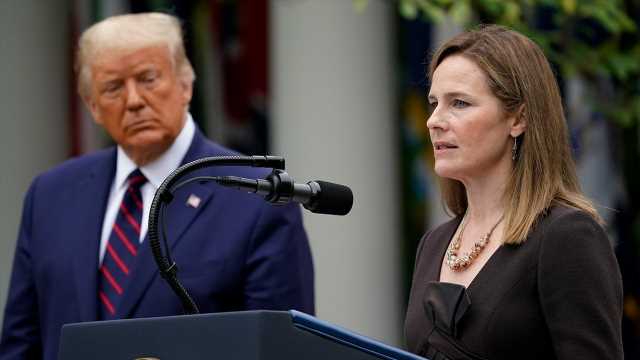 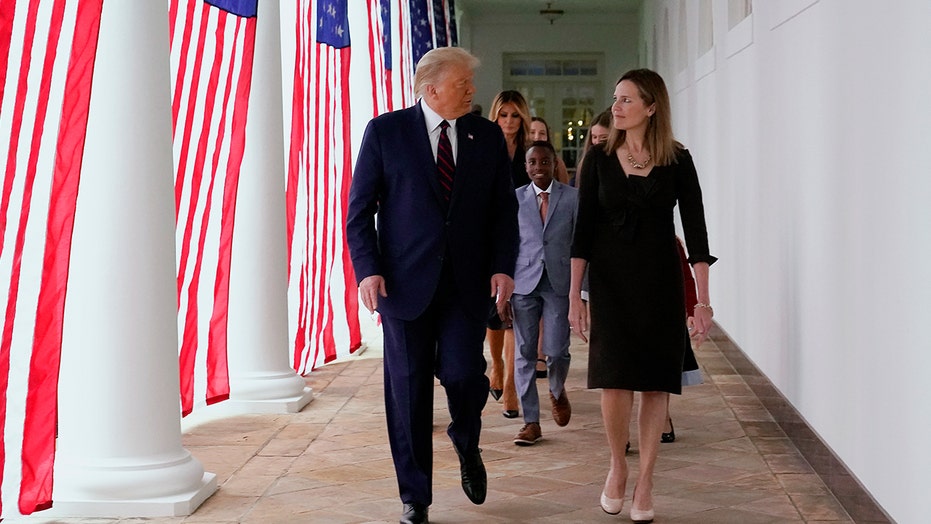 If Amy Coney Barrett is confirmed for the Supreme Court, the credit will go to President Trump for nominating her and the GOP Senate for producing the votes. But Barrett will also owe a big thank you to Sen. Dianne Feinstein.

It was Feinstein, a California Democrat, who inadvertently made the Roman Catholic mother of seven a conservative star two years ago. At Barrett’s confirmation hearing for a federal Court of Appeals seat, Feinstein complained that Barrett’s faith was apparent in her writings and said she was concerned because “the dogma lives loudly within you.”

The overt expression of anti-Catholic bigotry made Barrett an instant hero among religious conservatives and it’s no leap to conclude Trump’s embrace of Barrett has something to do with Feinstein’s attack. After all, the disrupter in chief has a special fondness for those who drive Dems crazy.

Introducing Barrett in the Rose Garden Saturday, the president didn’t directly mention the incident. But no doubt alluding to it and the fraudulent personal attacks on his last nominee, Justice Brett Kavanaugh, Trump did call on “the other side” to conduct “respectful and dignified” hearings. He also urged the media and others to “refrain from personal or partisan attacks.”

Fat chance. This is war and if truth is the first casualty, the innocent are close behind.

In her remarks, Barrett was poised and gracious, paying homage both to the late Justice Ruth Bader Ginsburg, whom she would replace, and her mentor, Antonin Scalia. She cited their famous friendship, despite their deep differences, as a model for her own life, while also allowing that she does not assume “the road ahead will be easy.”

Given the issues already rocking the presidential campaign, it’s possible the selection of Barrett won’t make much of a difference – unless Dems go overboard in their personal attacks. Even now, the gutter is already crowded.

Some on the left are taking to social media to denounce – yes, denounce – Barrett and her husband for adopting two Haitian children.

Others, supposedly feminists, wonder how Barrett will have time for her children as a means of objecting to her confirmation. Imagine the media storm if a conservative dared say that about a progressive nominee.

Meanwhile, what is certain is that confirmation of the 48-year-old Barrett would seal the remaking of federal courts under Trump and Senate Majority Leader Mitch McConnell, R-Ky. In one term, Trump nominated and the Senate confirmed more than 200 federal judges, or more than 25 percent of the total positions. Barrett would be the third on the Supreme Court.

Most important, by replacing Ginsburg, she would be flipping a liberal seat to the constitutional conservative side. That would tilt the court 6-3, and dilute the power of Chief Justice John Roberts, who made himself the swing vote in some key cases by joining with the four liberals.

Those enormous stakes mean Barrett will face mountains of mud concocted by Dems and their media handmaidens. They aim to trip her up and run out the clock on Trump’s term, but if that fails, at least make their voters angrier and more determined to defeat the president and capture the Senate in November.

Most claims invoking the establishment clause are inherently partisan and illustrate how the left is more determined than ever to silence people of faith in the public arena.

The spectacle promises to be nauseating – but also informative. Because the attacks will continue Feinstein’s smear that Barrett will let her religion rather than the Constitution guide her rulings, Americans will get to witness the contempt many Dems have for people of faith.

The constitutional argument for their prejudice, such as it is, hangs on a wildly expanded view of the First Amendment’s establishment clause, which sensibly forbids the government from establishing a national religion and favoring one religion over another.

The clause is commonly seen as requiring a separation of church and state. But many on the secular left go way beyond that and demand that religion play no role at all in the public sphere.

The annual battle over Christmas decorations on public land is one result. The perpetual war against school prayer is another.

Of course, when it comes to Barrett, the primary clash will be over abortion, which is forbidden by the Church. Many Catholic Dems, including presidential nominee Joe Biden, finesse the issue by insisting that while they personally oppose abortion, they won’t “impose” their religious beliefs on others, so they support abortion services and increasingly endorse the use of taxpayer dollars.

Senate Dems will demand a similar restraint from Barrett, and she likely will give them something, but far less than they want. She has said that although she opposes abortion, it is unlikely the basic thrust of Roe v. Wade would be overturned without actually saying the entire case is settled law. She also wrote that a judge who opposes the death penalty for reasons of faith should probably recuse herself from making final decisions in capital cases.

That script would get her confirmed mostly along party lines, but my hope is that the hearings will also offer ringing defenses of both religious liberty and the role of faith in public life. For example, the vast educational, social, health and charitable works of religious institutions have always been and remain a large part of what makes our country exceptional.

More fundamentally, faith in God motivates millions of individuals to pursue virtuous privates lives. And faith has called generations of worshipers to serve their neighbors and nation in every conceivable field, from the military and law enforcement to child and elder care.

In that light, perhaps a GOP senator could ask why Barrett’s tormentors feel free to impose their secular political views on others, whether it’s unlimited abortion rights, radical climate ideology, open borders or racial preferences.

And why, this senator might ask, are the views of religious believers given less weight in public debate than the views of those who worship at the altar of socialism?

The defense of religion in American life is essential now as the two parties drift further apart. Dems and most of the media are becoming more secular while the GOP is becoming more religious.

One result is that most claims invoking the establishment clause are inherently partisan and illustrate how the left is more determined than ever to silence people of faith in the public arena.

The more they can demonize and diminish religion, the more power they have over people. Consider the way some Dem governors and mayors are keeping churches, synagogues and mosques closed because of the coronavirus while letting schools, businesses and even athletic events open.

As many believers note, during times as unsettling as these, America needs more religion, not less.

More than just abortion, the right of the faithful to participate fully in public life is on trial in the Barrett confirmation.

While religious dogma should not rule on the Supreme Court or elsewhere, neither should it cower in silence anywhere.

This column first appeared in the New York Post.