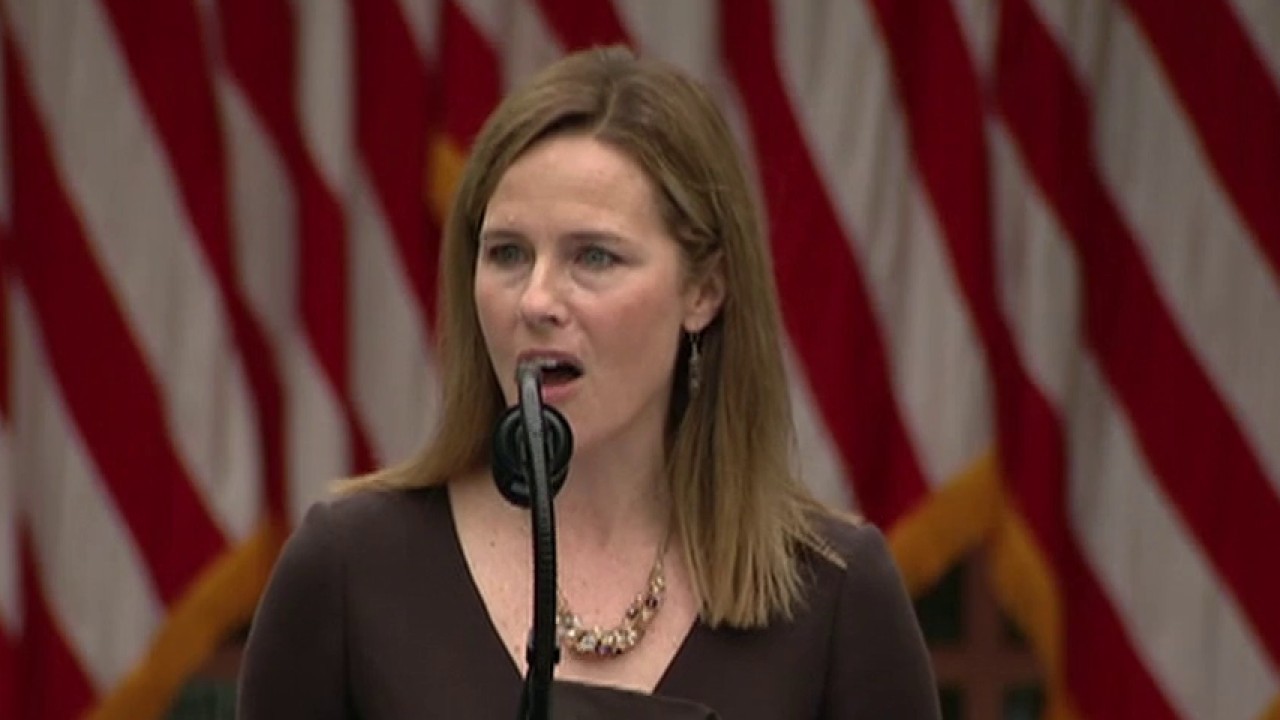 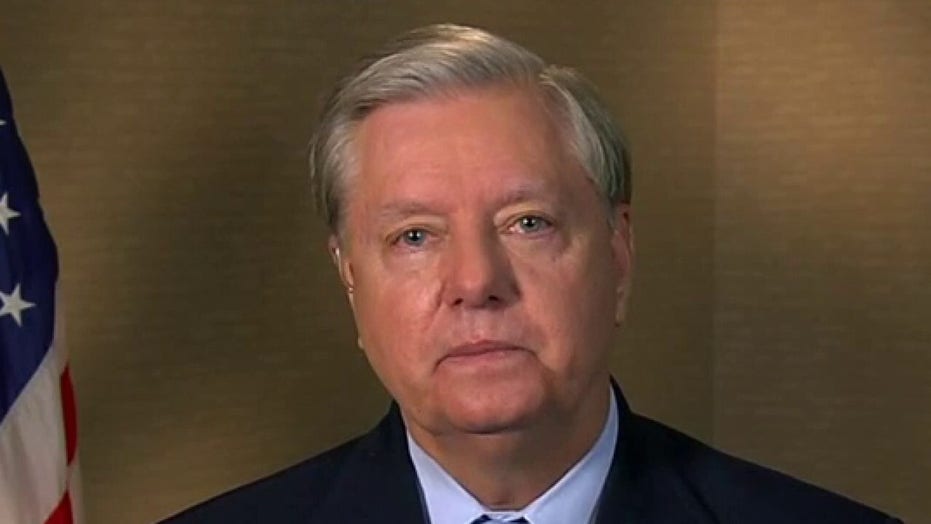 Sen. Graham: Democrats will try to destroy Barrett at their own peril

Senate Republicans are planning to start hearings for Judge Amy Coney Barrett's Supreme Court nomination on Oct. 12 and vote her nomination out of committee by Oct. 22, leading to a potential confirmation vote in late October ahead of the Nov. 3 elections and oral arguments in multiple important Supreme Court cases.

This plan – 16 days between a nomination and a hearing – represents a very quick timeline compared to most modern Supreme Court confirmations.

"More than half of the Supreme Court justices who have had hearings were done within 16 days or less, so we'll start on Oct. 12," Senate Judiciary Committee Chairman Lindsey Graham told "Sunday Morning Futures." 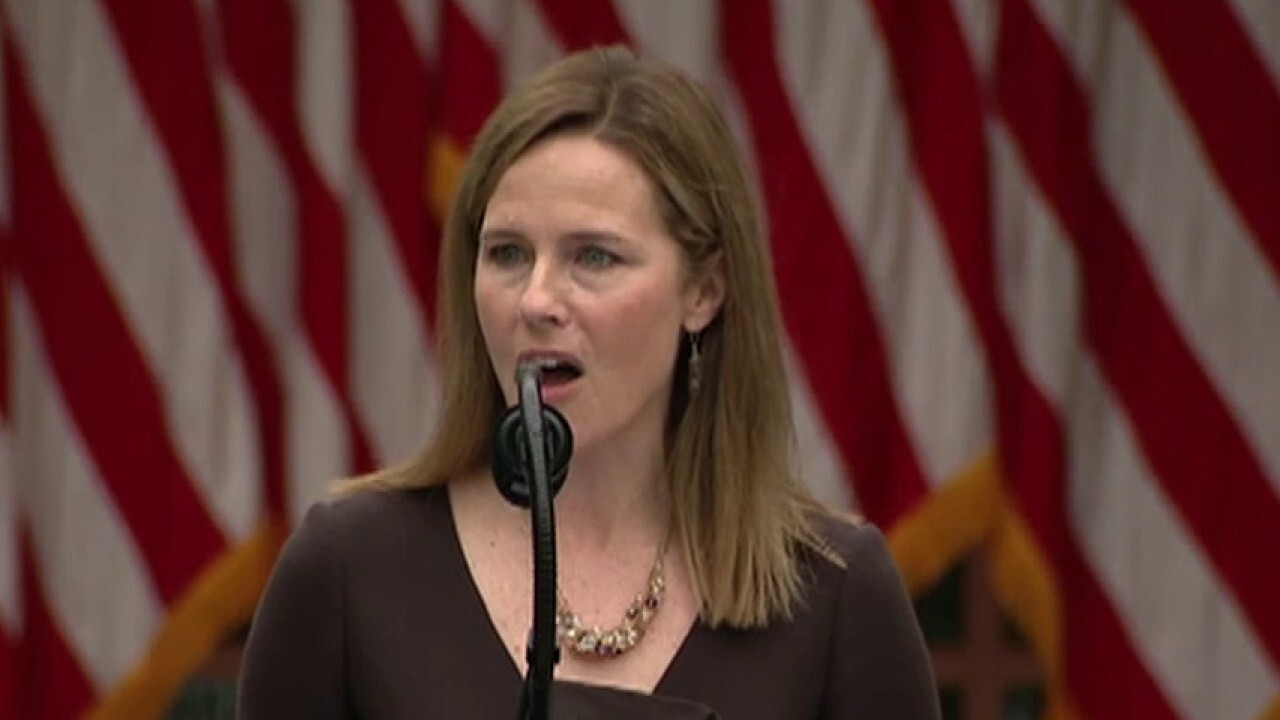 Graham continued that there would be "a day of introduction," "two days of questioning" and then a markup after that. He said the committee would report her nomination on Oct. 22, which would be less than two weeks before the presidential election. A floor vote on Barrett's confirmation would likely happen shortly thereafter, assuming everything goes as planned for Republicans – it didn't with Justice Brett Kavanaugh's confirmation in 2018.

There were 57 days between the nomination and hearing for Kavanaugh, 48 for Justices Neil Gorsuch and Sonia Sotomayor and 49 days for Justice Elena Kagan. But many past confirmations have taken place on a similar accelerated timeline. There were just 14 days between the nomination and hearing for retired Justice Anthony Kennedy, 10 days for the late Justice John Paul Stevens, 12 for the late Justice Lewis Powell and 12 for the late Chief Justice William Rehnquist.

Republicans are advancing the nomination over the fervent objections of Democrats, who are accusing GOP senators of rank hypocrisy after holding open the seat vacated when Justice Antonin Scalia died in 2016 for several months before that year's presidential election. Republicans said at the time that the American people should have a say in who chooses Scalia's replacement, while Democrats said the Senate had a duty to quickly consider the president's nominee. Now the roles are reversed.

Republicans have defended moving ahead with the nomination by noting that when Supreme Court seats have opened in election years, the Senate has largely filled them if it was controlled by the same party as the president. Meanwhile, it has been since the 1880s that a party opposite the president confirmed a justice for an election-year vacancy.

But confirming a justice this close to a presidential election will be a rather unique move.

The Senate hasn't considered a Supreme Court nomination in a presidential election year since 1940, except for one instance in May 1968 when Justice Abe Fortas asked then-President Lyndon Johnson to withdraw his nomination to be chief justice before a vote over allegations of personal corruption. The Senate voted to confirm Supreme Court Justice Frank Murphy in January 1940. Before that, it confirmed Justice Benjamin Cardozo in February 1932 and Justice Louis Brandeis in January 1916. 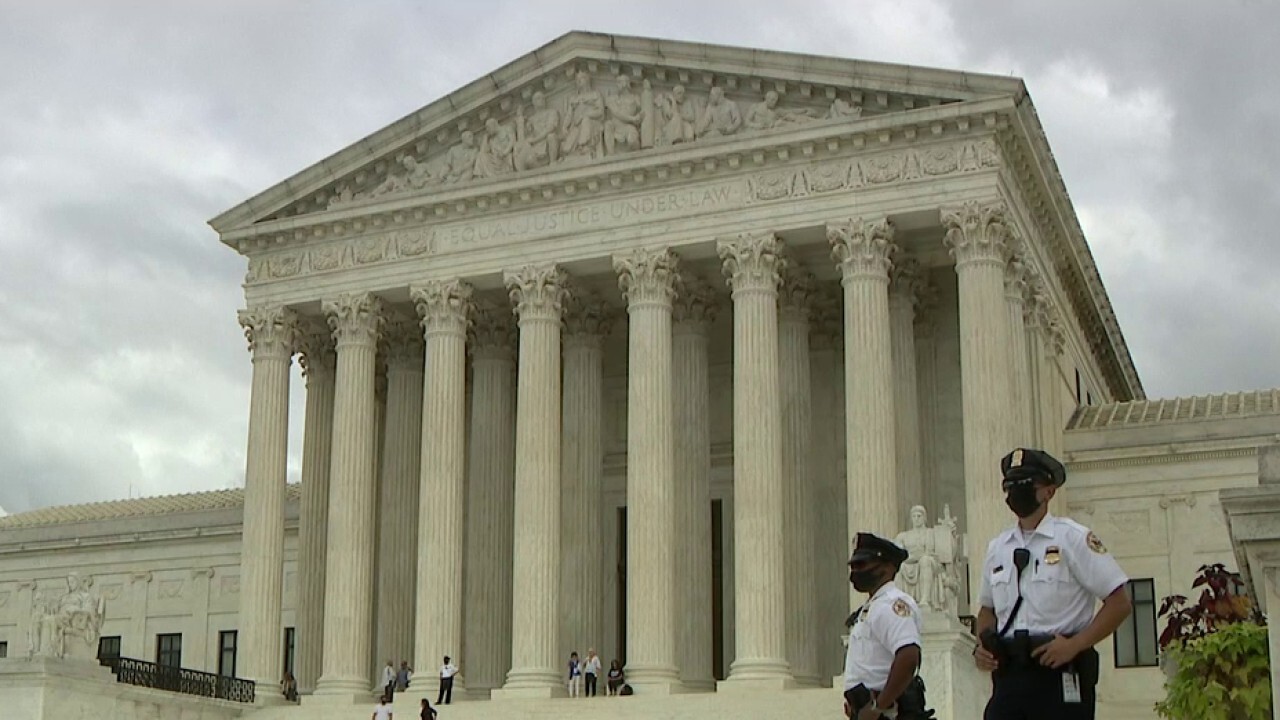 WHERE HAS AMY CONEY BARRETT STOOD ON IMPORTANT CASES?

"There are now only 38 days until the election, and early voting has already begun in many states. No Supreme Court vacancy has been filled this close to a presidential election," Senate Judiciary Committee Ranking Member Dianne Feinstein, D-Calif., said after Barrett's nomination was made official Saturday. "The Senate should not consider any Supreme Court nominee until the American people have spoken in November and the next president has been inaugurated."

McConnell, however, has remained steadfast in his commitment to confirm the nominee before the election. He's said that in 2014 Americans elected a Republican Senate to oppose then-President Barack Obama and in 2018 the GOP majority was expanded to support President Trump.

"Ironically, it was the Democratic leader who went out of his way to declare the midterm 2018 elections a referendum on the Senate's handling of the Supreme Court," McConnell said on the Senate floor last week. "In his final speech before Justice Kavanaugh was confirmed, he yelled, literally yelled, over and over at the American people to go vote … unfortunately for him, many Americans did just that. After watching the Democrats' tactics voters grew our majority and retired four of our former colleagues who had gone along with their party's behavior."

Democrats after Barrett's nomination have turned their focus to the effect the originalist nominee could have on the court's jurisprudence on several issues, warning she could weaken unions and Roe v. Wade, the Supreme Court precedent that prevents states from banning abortion. But they have specifically zeroed in on health care given Barrett's past comments critical of the constitutionality of the Affordable Care Act (ACA) and a major constitutional challenge to the law set for oral argument on Nov. 10, just days after Barrett could be officially seated on the Supreme Court.

He added: "Health care is the most important issue on the ballot to Americans and as Americans learn Judge Barrett's views on health care and so many other issues, she will become less and less popular, and hopefully they will call their senators and say 'don't vote for someone who will take away my health care.'"

Red states backing the challenge to the ACA, formally known as California v. Texas, say it is now unconstitutional because Congress eliminated the financial penalty associated with not purchasing health insurance. They say this makes it impossible to read the ACA as a tax anymore, so it is now simply an unconstitutional government mandate to purchase a certain product. The Trump administration is backing the red states' position in the lawsuit.

Legal observers are split on whether the individual mandate, if it were struck down, is severable from the ACA – meaning that it can be removed from the law without the entire statute being invalidated. That means it is quite possible the Supreme Court could rule in favor of the red states that the mandate is unconstitutional but allow the rest of the ACA to stand.

But the ACA is not the only high-profile case a quick confirmation for Barrett would put her on the bench in time to hear.

On Nov. 4 the court will hear Fulton v. City of Philadelphia, a case on whether a city can require a religious group to certify unmarried and same-sex couples to foster children to participate in its system. On Nov. 9 it will hear Niz-Chavez v. Barr, an immigration case on what the government must do to trigger the "stop-time" rule that ends continuous residence periods noncitizens can accrue to be eligible to have their deportation canceled.

At the moment it appears Republicans have the votes to push through Barrett's nomination. They have 53 members in their majority and only two, Sens. Susan Collins, R-Maine, and Lisa Murkowski, R-Alaska, have said they object to advancing the nomination before the election. But Murkowski has softened her stance slightly in recent days, indicating she may be open to voting for Barrett based on her qualifications even if she has qualms about the process.

She added after Barrett's official nomination: "For weeks I have stated that I do not support taking up a potential Supreme Court vacancy this close to an election. But today the president exercised his constitutional authority to nominate an individual to fill the vacancy on the Supreme Court left by the passing of Justice Ruth Bader Ginsburg. I welcome the opportunity to meet with the Supreme Court nominee, just as I did in 2016."

Even if Murkowski and Collins both vote against the nominee, it would take two more Republican senators defecting to kill the Barrett confirmation effort, as Vice President Mike Pence can break 50-50 ties in the Senate. And it appears unlikely that GOP senators who have said they are OK with the process would decide then to vote against a Republican nominee.

But Democrats have sworn that they will escalate the pressure on vulnerable and moderate Republican senators. Schumer began that effort last week, using parliamentary procedures to put Sen. Kelly Loeffler, R-Ga., who is up for a tough reelection, on the spot.

To be confirmed Barrett will need to clear intense media and Senate vetting ahead of her hearing. Then she'll need to successfully navigate the days-long grilling. Then make it past the committee vote. Then succeed on a floor vote. And nothing will be a done deal until that final roll call vote is over.

"This legislative process and the confirmation process, it's adverbial. It's something that unfolds. And that means it changes as people act and react to one another," R Street Institute senior fellow for governance James Wallner, who previously was a longtime GOP Senate staffer, told Fox News. "I think it all depends on if the Democrats are willing to use the different procedural tools they have at their disposal as leverage to try to somehow change the narrative."