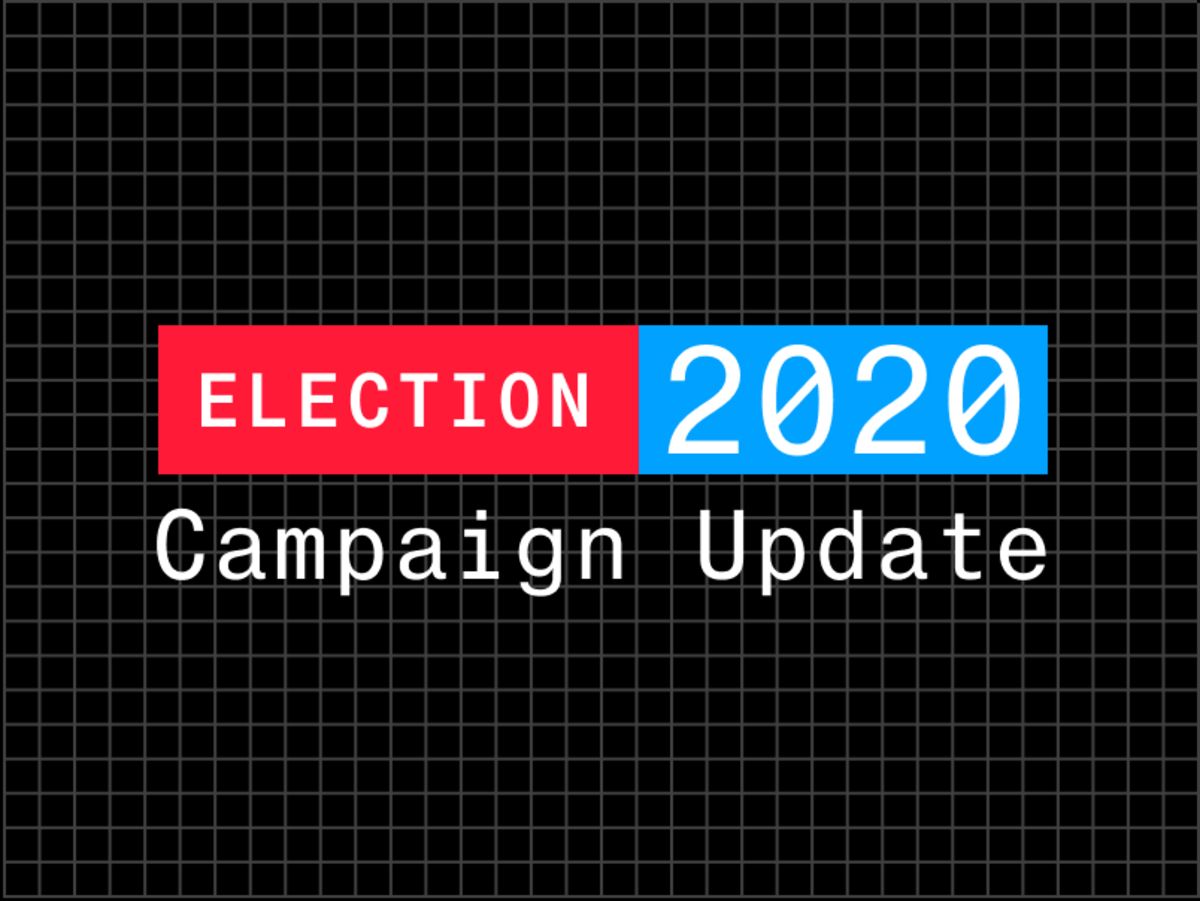 A poster being sold by the Trump campaign seeks lawyers to fight over ballots after Election Day.

Selling for $24, the 24-inch by 36-inch “limited edition fine art poster” features a drawing of Trump with a white spangled top hat and pointing at the viewer, done in the manner of Uncle Sam in a World War I propaganda poster.

“I Want You to Join Lawyers for Trump,” it says in large letters. Below, it adds, “Help prevent voter fraud on Election Day.”

Trump, who frequently makes baseless charges of fraud about vote-by-mail, has said he expects the election to end up before the Supreme Court.

Get ready to hear this number from a conservative think tank more than once at tonight’s debate: $3 trillion.

That’s the amount that Biden’s tax plan would raise over the next decade, although it would even out to only about $2.65 trillion after accounting for economic effects from higher levies on companies and wages, according to new a analysis from the right-leaning Tax Foundation.

Trump’s campaign has run ads saying that Biden’s tax plan would crush the middle class, but the data show that the bottom 80% of taxpayers would all see increases to their income in 2021 under the Democrat’s policies.

Over a decade, those individuals would see slight decreases because of indirect effects of higher taxes on businesses. — Laura Davison

Both Biden and Trump hope to pick up a spare elector in Maine or Nebraska that could decide the presidency. But, for now, Biden has the edge.

Biden is also ahead by 4 percentage points in the Real Clear Politics average of polls in Maine’s Second District.

Six out of seven scenarios presented by the Trump campaign earlier this month had Trump winning at least one elector in Maine, including two in which it provided the winning margin. None showed him losing in Nebraska.

The poll of 420 likely voters in Nebraska’s Second District was conducted Sept. 25-27. It had a margin of error of plus-or-minus 5.3 percentage points.

In case this election hasn’t been strange enough already, Pelosi is making public plans in case of an Electoral College tie.

There are plausible, though still unlikely, scenarios in battleground states in which Biden and Trump tie at 269-269, both failing to reach the 270 electors needed to win outright.

If that happens, the presidential race is thrown to the House in January. But there’s a twist: Each state only gets one vote. And while Democrats have the majority in the House right now, Republicans control 26 state delegations.

In a letter to Democratic colleagues, Pelosi urged them to support the House Majority political action committee to try to win a handful of races that could tip more state delegations in their favor.

“Because we cannot leave anything to chance, House Majority PAC is doing everything it can to win more delegations for Democrats,” Pelosi wrote in the letter. “It’s sad that we have to plan this way, but it’s what we must do to ensure the election isn’t stolen.”

Biden and Trump meet at the first presidential debate Tuesday night in Cleveland. The debate will be held from 9 to 10:30 p.m. Eastern.

— With assistance by Laura Davison