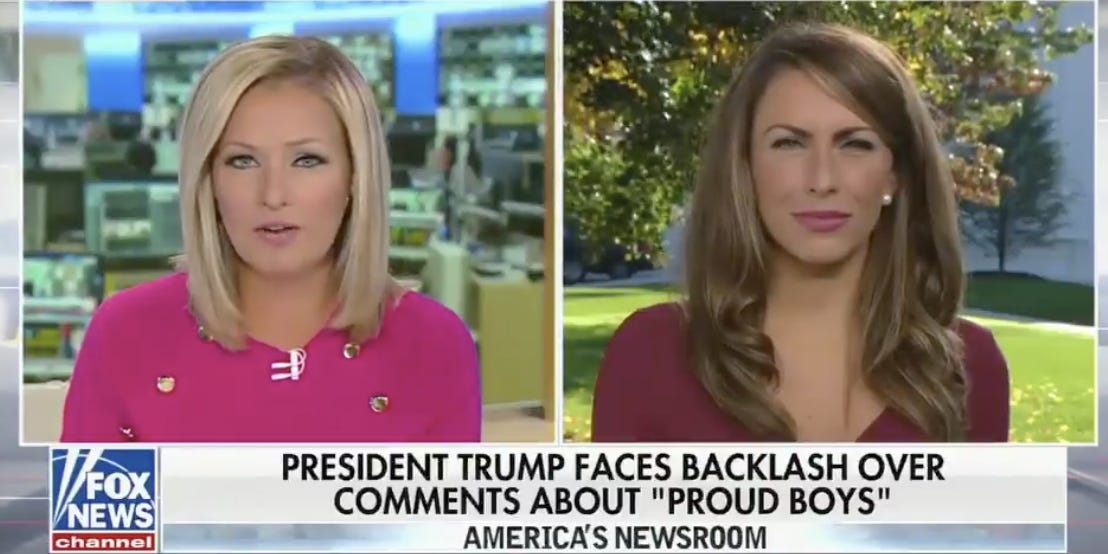 Despite substantial blowback and calls from Republicans for President Donald Trump to clear up his comments on the Proud Boys hate group during Tuesday night's debate, the White House is doubling down.

"The president saying, 'Proud Boys, stand back and stand by' — does the White House or the president want to clarify or explain what he meant by that?" Smith asked. "Because they're celebrating it, the group."

"I don't think there's anything to clarify," Farah replied. "He's told them to stand back."

She added: "This president has surged federal resources when violent crime warrants it in cities. He is leading. He doesn't need any sort of vigilante-ism."

Following the usual line of attack from Trump, Farah pivoted to blaming Democrats and the left for violence in cities by not accepting the president's calls for federal law enforcement to go in and use more force than local officials.

"What we've called for is Democrat mayors and Democrat governors to call up the resources we're prepared to make available," she said.

After being thrust into the national spotlight, the Proud Boys seized Trump's remarks to begin a recruitment drive.