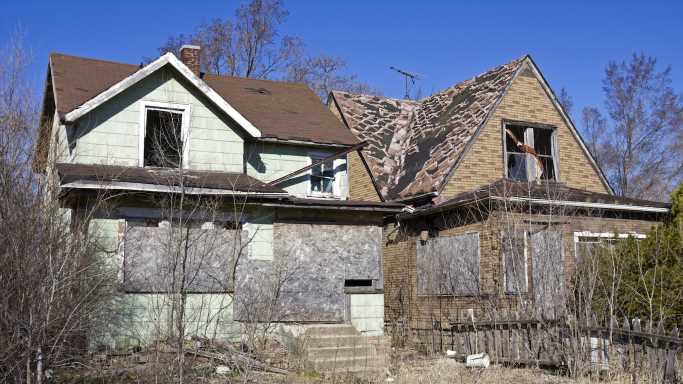 The U.S. median household income reached its highest level in 2019 since record keeping began decades ago.. Yet incomes nationwide are not evenly distributed. In fact, income inequality is at its highest level in over 50 years, as the highest earning 20% of families in the U.S. made 52% of all income in 2018.

This economic disparity is not confined to certain parts of the country. Each of the lower 48 states is home to at least one major city where the typical household earns less than the typical American household.

Using data from the Census Bureau’s 2019 American Community Survey, 24/7 Wall St. identified America’s poorest city in every state. We considered all 621 U.S. cities, towns, villages, municipalities, and Census designated places with available data. Vermont, West Virginia, and Wyoming have no cities covered in the latest Census release and were excluded from the analysis.

Supplemental data on median home value, the percentage of adults age 25 and older with at least a bachelor’s degree, and unemployment also came from the ACS.

The economic struggle of these cities have likely worsened over the past few months, amid the COVID-19 pandemic. The lowest earners have been disproportionately affected by the economic downturn, losing their jobs at a much higher rate than higher-earning workers. This has resulted in a number of cities reporting July unemployment rates in excess of 15% or even 20%, compared to the 10.2% national unemployment rate that month. These are the cities with the worst unemployment crisis right now.

The vast majority of cities that rank as the poorest in their state have relatively low shares of adult residents with college degrees compared to the state and the country as a whole. College-educated adults tend to earn higher wages and are less likely to be unemployed compared to workers without a college degree. These are the most and least educated states.