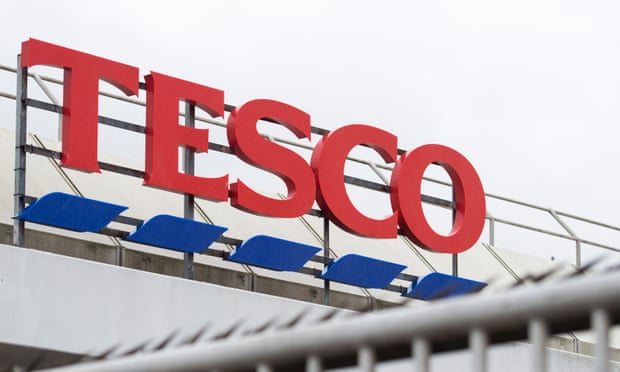 Tesco spent more than £500m dealing with the coronavirus pandemic over the last six months and has warned of mounting losses at its bank as the deteriorating economy takes its toll on consumers’ finances.

Britain’s biggest supermarket chain said UK food sales had surged more than 9% in the six months to 29 August. However, the bill for extra safety measures in its stores hit £533m.

The retailer said the pandemic had also had a “material impact” on the performance of its bank as it issued fewer loans and credit cards, and set aside more money for bad debts. This resulted in an operating loss of £155m compared with a profit of £87m last year.

“A marked deterioration in macroeconomic indicators, particularly UK unemployment and GDP, drove an increase in the provision for potential bad debts,” Tesco explained.

The update is the first outing for Ken Murphy who last week succeeded Dave Lewis as the chief executive of the UK’s biggest retailer. The Irishman has spent most of his career in senior positions at the Boots owner, Walgreens Boots Alliance.

In the first hint of the direction he will take the group, Murphy said Tesco was a great business with many strategic advantages. “I’m excited by the range of opportunities we have to use those advantages to create further value for our customers and, in doing so, create value for all of our other stakeholders,” he said.

Despite the challenging trading conditions, the business reported a 29% increase in pre-tax profits to £551m on sales of £26.7bn.

The pandemic has triggered big changes in shopping behaviour. Tesco’s online business had grown at 90% in the last three months of the period, while sales in its convenience stores were up 7.6% as more customers topped up at their local high street. In large stores, Tesco said sales grew by 1.4% as customers made fewer trips but bought more on each visit, with the average basket size increasing by 56%.

Ross Hindle, an analyst at the research firm Third Bridge, said the past six months had been characterised by larger weekly shops as well as a significant move towards online retail.

“However, retailer infrastructure wasn’t prepared for a surge in demand, so higher costs were incurred and the move to online has also created problems,” he said. This means top-line gains are unlikely to translate directly into profit growth.”