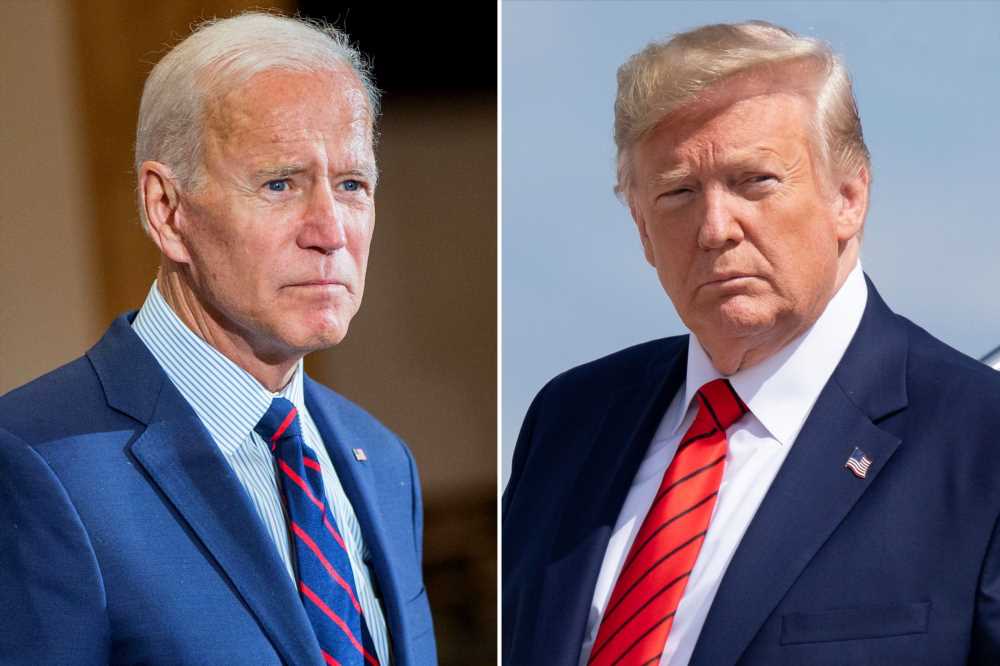 President Donald Trump says he will not participate in the second presidential debate, issuing his refusal shortly after the Commission on Presidential Debates announced that the scheduled Oct. 15 forum would be held virtually due to coronavirus safety concerns.

The 74-year-old — who tested positive for COVID-19 last Thursday — said he refused to "sit at a computer" to debate Joe Biden, calling the new format "ridiculous."

"The commission changed the debate style and that's not acceptable to us," he continued.

Trump attributed the format change to the commission "trying to protect Biden."

The president's comments came just minutes after the commission announced that the second debate would go virtual to "protect the health and safety of all involved" following the president's positive COVID-19 diagnosis last week.

The commission's statement noted that the debate is still scheduled for Oct. 15 and will "take the form of a town meeting."

Debate moderator Steve Scully, C-SPAN's senior executive producer and political editor, and the town hall participants will be located at the Adrienne Arsht Center for the Performing Arts of in Miami, Florida, while the candidates will participate from "separate remote locations."

Bill Stepien, the president's campaign manager, said the commission's decision to be remote for the next debate is "pathetic."

"For the swamp creatures at the Presidential Debate Commission to now rush to Joe biedn's defense by unilaterally canceling an in-person debate is pathetic," he wrote in a statement on the Trump campaign's website. "That's not what debates are about or how they're done."

"There is no need for this unilateral declaration," he continued. "The safety of all involved can easily be achieved without canceling a chance for voters to see both candidates go head to head."

"We'll pass on this sad excuse to bail out Joe Biden and do a rally instead," Stepien added.

During Wednesday night's vice presidential debate, Sen. Kamala Harris  55, and Vice President Mike Pence, 61, did not shake hands or physically touch during the event to abide by COVID-19 safety precautions.

Both candidates were seated roughly 12-feet apart and with panes of plexiglass between them as part of additional measures put into place by the Commission on Presidential Debates following President Donald Trump's hospitalization from COVID-19. Both Trump and his wife, Melania, announced that they tested positive last Thursday.

The president said on Twitter early Monday that he would be leaving the Walter Reed Medical Center after his three-day stay, adding in the tweet that he was "feeling really good."

"Though he may not be entirely out of the woods yet, the team and I agree that all our evaluations — and most importantly, his clinical status — support the president’s safe return home,” the White House physician, Dr. Sean Conley, told reporters at a briefing outside the hospital on Monday.

Conley said that, in the medical team's view, there was no longer any part of the president's treatment that he could not receive back at the White House.

Trump’s doctors and the White House gave a conflicting account of his health over the weekend, and his medical team admitted they were projecting optimism about his condition.

There are some questions they have still not answered, such as when he first tested positive last week and if the virus has left him with any lung damage or pneumonia.

As information about the coronavirus pandemic rapidly changes, PEOPLE is committed to providing the most recent data in our coverage. Some of the information in this story may have changed after publication. For the latest on COVID-19, readers are encouraged to use online resources from the WHO and local public health departments. PEOPLE has partnered with GoFundMe to raise money for the COVID-19 Relief Fund, a GoFundMe.org fundraiser to support everything from frontline responders to families in need, as well as organizations helping communities. For more information or to donate, click here.