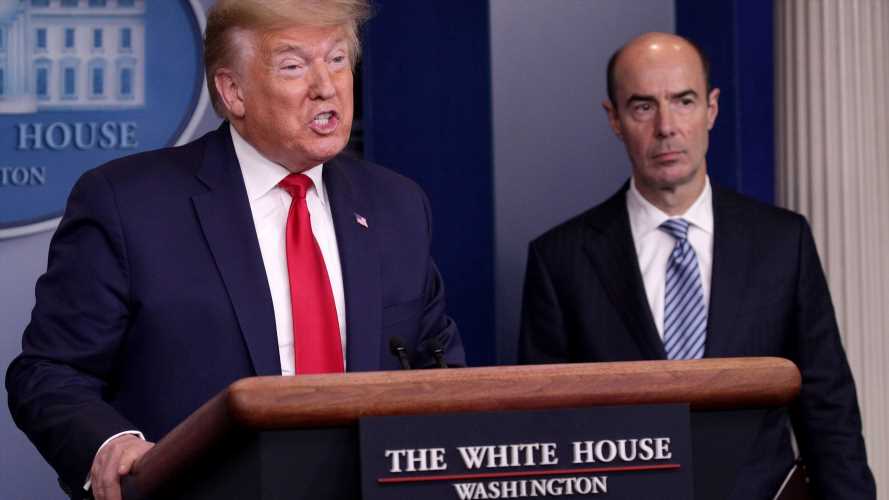 If your workplace is the site of a major coronavirus outbreak, don’t expect your employer to tell the Occupational Safety and Health Administration.

Employers are legally required to notify OSHA promptly whenever a worker ends up hospitalized due to a work-related injury or illness. But the way the Trump administration is choosing to read the rules, there is almost no scenario in which a COVID-19 hospitalization must be reported to the agency.

Workplace safety experts are concerned the lack of employer reporting will leave the federal government unable to track large workplace outbreaks and intervene to stop the spread. Some of the worst COVID-19 clusters in the country have revolved around workplaces like meatpacking plants and nursing homes.

“This is going to lead to the further spread of COVID-19 at work and out into the public,” said Debbie Berkowitz, a former OSHA official now with the nonprofit National Employment Law Project. “It means the agency will never find out where there are serious outbreaks, and will never be able to hold employers accountable.”

In 2014, the Obama-era OSHA issued a regulation stating that whenever a worker is hospitalized, suffers an amputation or loses an eye, the employer has to report the incident to OSHA within 24 hours by phone or email. When an employer learns of a work-related death, OSHA must be notified within eight hours.

But in updated guidance issued on Sept. 30, the Trump administration made clear the rule wouldn’t apply to most COVID-19 cases. It pointed to a line in the regulation that says “you must only report the event to OSHA if it occurs within twenty-four hours of the work-related incident.”

Under the administration’s interpretation, “work-related incident” means “an exposure to [coronavirus] in the workplace.” So for the employer to be required to notify OSHA, a worker would have to be exposed to COVID-19, get sick and end up hospitalized all within 24 hours. That’s not how this virus works, and the change all but ensures far less reporting.

The new policy appears to be a reversal of the agency’s guidance in July, when it said employers had to report hospitalizations regardless of when the exposure might have happened.

Peg Seminario, who directed the AFL-CIO’s workplace safety program before retiring last year, said OSHA’s earlier interpretation was the right one. She called applying the 24-hour timeframe to an infectious disease “wrongheaded.”

“It makes absolutely no sense for the reporting of COVID-19,” she said.

The Centers for Disease Control and Prevention says that a person infected with COVID-19 can show symptoms anywhere from two to 14 days after infection, and typically not until five days later. It often takes even longer for someone’s condition to deteriorate enough to warrant a trip to the hospital.

David Michaels, who led OSHA under President Barack Obama, said the Trump administration is misinterpreting the rule his team enacted. Michaels noted that in most situations, an employer couldn’t pinpoint exactly when workers were exposed to COVID-19, making it impossible to know when to start the clock.

He said the new policy fits the Trump administration’s broader pattern of denial during the pandemic: If you aren’t aware of the infections, then the infections aren’t happening.

“It’s an outrageous distortion,” said Michaels, who just co-authored a report for the Century Foundation think tank detailing OSHA’s shortcomings amid the pandemic. “This is OSHA saying they don’t want to know where outbreaks are happening.” 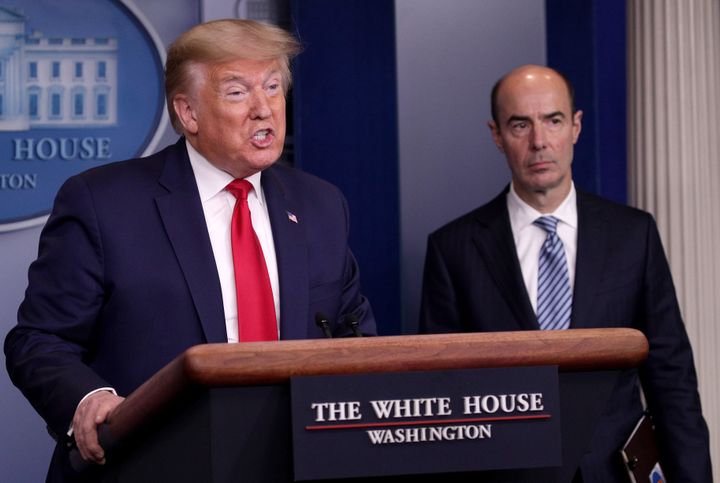 In an email, an OSHA spokesperson said the new guidance was in line with the law. “OSHA’s longstanding regulations state that reporting requirements are triggered by a ‘work-related incident,’ rather than the appearance of symptoms,” the spokesperson wrote.

The new policy has already had real-world impact. In May, OSHA issued a fine against a Georgia nursing home that had waited two weeks to notify the agency that six of its workers had been hospitalized due to COVID-19. But the Atlanta Journal-Constitution, which was first to detail the recent policy change, reported last week that OSHA dropped that citation when it released the new guidance.

Michaels said the lack of reporting would make it harder for OSHA to figure out where to devote its limited resources to stem COVID-19 clusters at work. The agency has fewer than a thousand inspectors to cover private-sector workplaces in 29 states (the other states have their own worker safety agencies). Hospitalization reports can be a helpful red flag alerting inspectors to ongoing hazards.

Fewer hospitalization reports can also shield employers from scrutiny and embarrassment. OSHA releases that data to the public, helping workers, advocates and journalists identify companies with troubling track records. But because of the 24-hour window, Berkowitz said the OSHA data on COVID-19 hospitalizations will be all but nonexistent, even in hard-hit industries like meatpacking and nursing homes.

“Now they can hide the fact that workers are getting sick because of their failure to protect them,” she said.

House Democrats were concerned enough about the policy change to send a letter Wednesday to Labor Secretary Eugene Scalia, whose agency includes OSHA, demanding to hear the rationale behind it. The letter from Reps. Bobby Scott (Va.) and Alma Adams (N.C.) warns that the change will “cause significant damage to our nation’s capacity to control the spread of the novel coronavirus.”

Hospitalization reports from employers are only one way OSHA learns about potential hazards. It also receives complaints directly from workers and other sources, which have been pouring in since March ― though very few of them have led to on-the-ground inspections. The federal agency had received more than 9,400 worker complaints related to COVID-19 as of Wednesday, but had opened only 211 inspections as a result. As HuffPost recently reported, the majority of cases were apparently closed after a back-and-forth via phone and letter between OSHA and the employer.

Complaints that lead to inspections aren’t producing significant fines, even in cases where workers have died. For instance, the Smithfield meatpacking plant in Sioux Falls, South Dakota, was home to one of the worst coronavirus clusters in the country in the spring. More than 1,000 workers were infected and four died. OSHA fined the plant just $13,494.

The CDC studied that cluster and found that 39 workers ended up in the hospital. If such an outbreak were to happen again, it’s likely none of those hospitalizations would have to be reported to OSHA.

Everyone deserves accurate information about COVID-19. Support journalism without a paywall — and keep it free for everyone — by becoming a HuffPost member today.