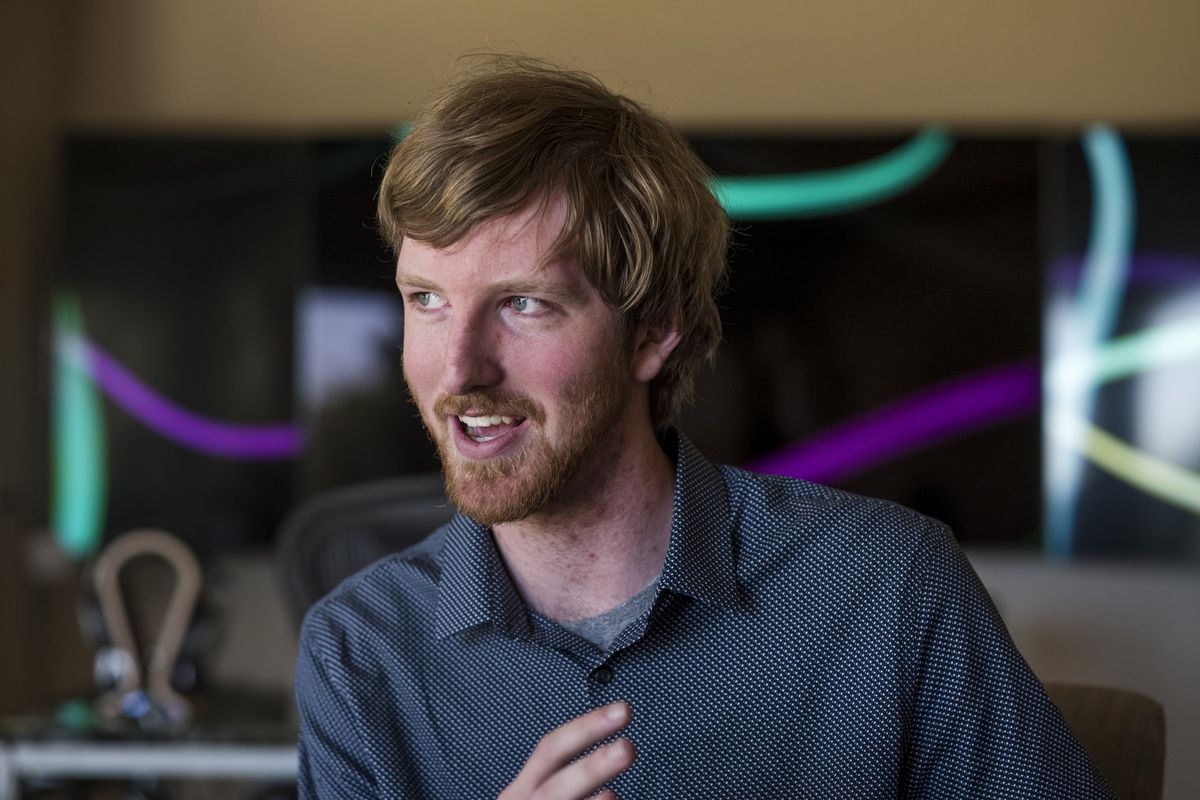 Austin Russell, the 25-year-old founder and chief executive officer of Luminar Technologies Inc., is set to become one of the youngest self-made billionaires.

Russell will hold 104.7 million shares of Luminar after it goes public, a roughly 35% stake that’s worth about $1.1 billion at the company’s current valuation, according to a proxy statement filed Monday.

The Stanford University dropout is also expected to hold about 83% of the voting power at the driverless-car startup following its combination with special purpose acquisition company Gores Metropoulos Inc. That will give him control over the election of board members and all other major decisions submitted to stockholders for approval.

Russell founded Luminar in 2012. The Orlando-based company makes light detection and ranging sensors, or lidar, that bounce lasers off objects to guide vehicles. The sensors are expensive, and Luminar has emerged from a crowded start-up field in part by bringing down the cost.

Luminar’s backers include Peter Thiel, who awarded a then-17-year-old Russell a fellowship to help start the firm, and GoPro Inc. founder Nick Woodman. The company has a partnership with a unit of Volvo Car AB, which says it will begin using Luminar’s technology to enable hands-free highway driving beginning in 2022.

Russell isn’t the only young entrepreneur to hit billionaire status through a special purpose acquisition company, or SPAC, merger this year. Thomas Healy, who was 28 when his Texas-based truck electrification startup Hyliion Inc. went public this month, also accomplished the feat.

Such deals have proliferated in recent weeks, with more than $52 billion raised by 136 blank-check firms that have gone public this year on U.S. exchanges. SPACs are now getting scrutiny from the U.S. Securities and Exchange Commission, which wants to ensure investors are receiving appropriate disclosures about insiders’ pay structures.

Luminar will be traded on the Nasdaq under the ticker LAZR after its combination with Gores Metropoulos, which is expected to be completed in the fourth quarter. The company didn’t immediately respond to an email requesting comment.

— With assistance by Tom Maloney, and Benjamin Stupples