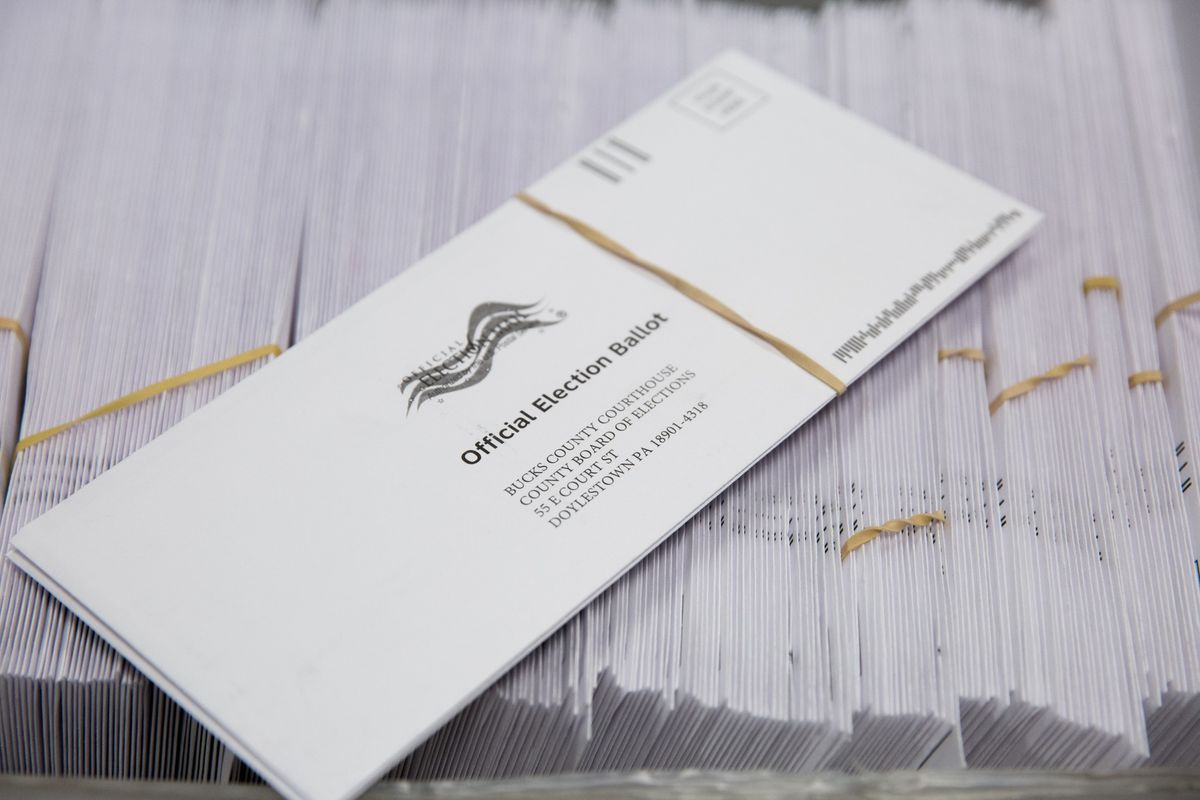 An evenly divided U.S. Supreme Court allowed a three-day extension for the receipt of mail-in ballots in Pennsylvania, giving Democrats a boost in a state that could determine the presidential election.

The justices, voting 4-4 and giving no explanation, rejected a Republican bid to reinstate the state’s requirement that ballots arrive by 8 p.m. on Election Day, Nov. 3. The Pennsylvania Supreme Court extended the deadline until Nov. 6, even if the ballots lacked a legible postmark showing they were mailed by Election Day.

The breakdown underscores the impact Amy Coney Barrett could have if, as expected, she secures Senate confirmation next week to fill a vacancy on the court. Chief Justice John Roberts joined the court’s three Democratic appointees in voting to allow the extension.

Justices Clarence Thomas, Samuel Alito, Neil Gorsuch and Brett Kavanaugh would have granted the Republican request and reinstated the Nov. 3 deadline. The court deliberated for almost two weeks over the case.

Pennsylvania is allowing no-excuse mail-in voting for the first time in 2020. A measure passed last year by the Republican-controlled state legislature and signed by the Democratic governor said those ballots had to be received by 8:00 p.m. on Election Day.

After the pandemic hit and then the U.S. Postal Service warned about likely mail delays, Democrats sued to try to extend the ballot-receipt deadline for seven days. Democrats pointed to a state constitutional clause that guarantees a “free and equal” election.

Pennsylvania’s top elections official, Democratic Secretary Kathy Boockvar, then told the state’s Supreme Court that a three-day extension would be sufficient, and the court granted that extension on a 4-3 vote. The Pennsylvania court ruling required elections officials to presume that any ballot received by Nov. 6 was mailed on time, even if it lacked a legible postmark.

Pennsylvania Republicans told the U.S. Supreme Court that the state court ruling violates the federal laws that establish a single nationwide Election Day. The ruling “has created a strong likelihood that ballots cast or mailed after the scheduled election day will count in the upcoming general election,” the Pennsylvania Republican Party argued in court papers.

Two leading Republican state senators asked the U.S. Supreme Court to go even further and throw out the deadline extension altogether. They said the Pennsylvania Supreme Court violated a U.S. constitutional provision that says state legislatures get to set the rules for the presidential election.

Democrats said the Pennsylvania Supreme Court ruling didn’t change the state’s requirement that votes be cast by Election Day. And they said the U.S. Constitution doesn’t prevent a state’s highest court from interpreting its own constitution and election laws.

Boockvar said Republicans were seeking to have the Supreme Court “intrude upon Pennsylvania law and sovereignty.”