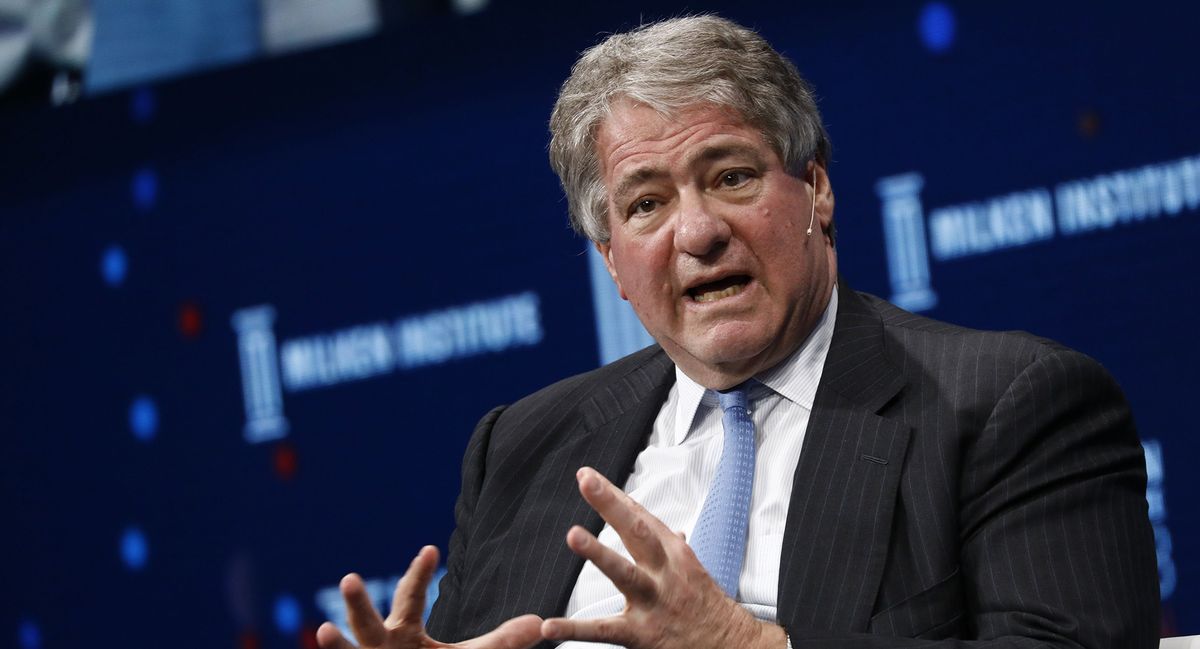 Cambridge Associates, the investment firm that advises on about $410 billion in assets, may stop recommending funds offered by Apollo Global Management Inc., according to people familiar with the matter.

The firm told clients that it was considering the move due to lingering questions over Apollo co-founder Leon Black’s links with disgraced financier Jeffrey Epstein, said the people, who asked not to be named because the matter isn’t public. No final decision has been made, they said.

Representatives for Cambridge Associates and Apollo declined to comment.

Cambridge Associates advises institutions such as pension funds and endowments. Its recommendations can play a decisive role in where investors put their money.

Separately, the Pennsylvania Public School Employees’ Retirement System said in a statement Wednesday that it will not at the moment consider any new investments with Apollo. The move came after the pension fund had spoken to the firm about Black’s relationship with Epstein. The Financial Times reported the decision earlier Wednesday.

Apollo said on Tuesday that an outside law firm will conduct a review to independently evaluate Black’s past descriptions of a professional relationship with Epstein. Earlier this month, a New York Times report alleged that Black wired at least $50 million to Epstein in the years after his 2008 conviction for soliciting prostitution from a teenage girl. The article didn’t accuse Black of breaking the law.

After the Times story, Black expressed his regret about his involvement with Epstein in a letter to investors.

“With the benefit of hindsight — and knowing everything that has come to light about Mr. Epstein’s despicable conduct more than 15 years ago — I deeply regret having had any involvement with him,” Black said in the letter.

Black, 69, and Apollo representatives previously said Epstein never invested in the firm’s funds. The two men had been acquaintances since at least the early 1990s. From time to time, Epstein met with Black at Apollo’s New York offices, and he pitched personal tax strategies to the firm’s executives, Bloomberg has reported.

Apollo conducted an internal review into its involvement with Epstein to ensure that any ties went no further than the firm’s co-founder, people with knowledge of the matter said last year. That included examining emails and records to determine there was no connection between the company and Epstein, one of the people said.

Epstein was found dead in his Manhattan jail last year, where he was awaiting trial on sex-trafficking charges involving underage girls. Authorities later ruled it a suicide.

— With assistance by Sabrina Willmer