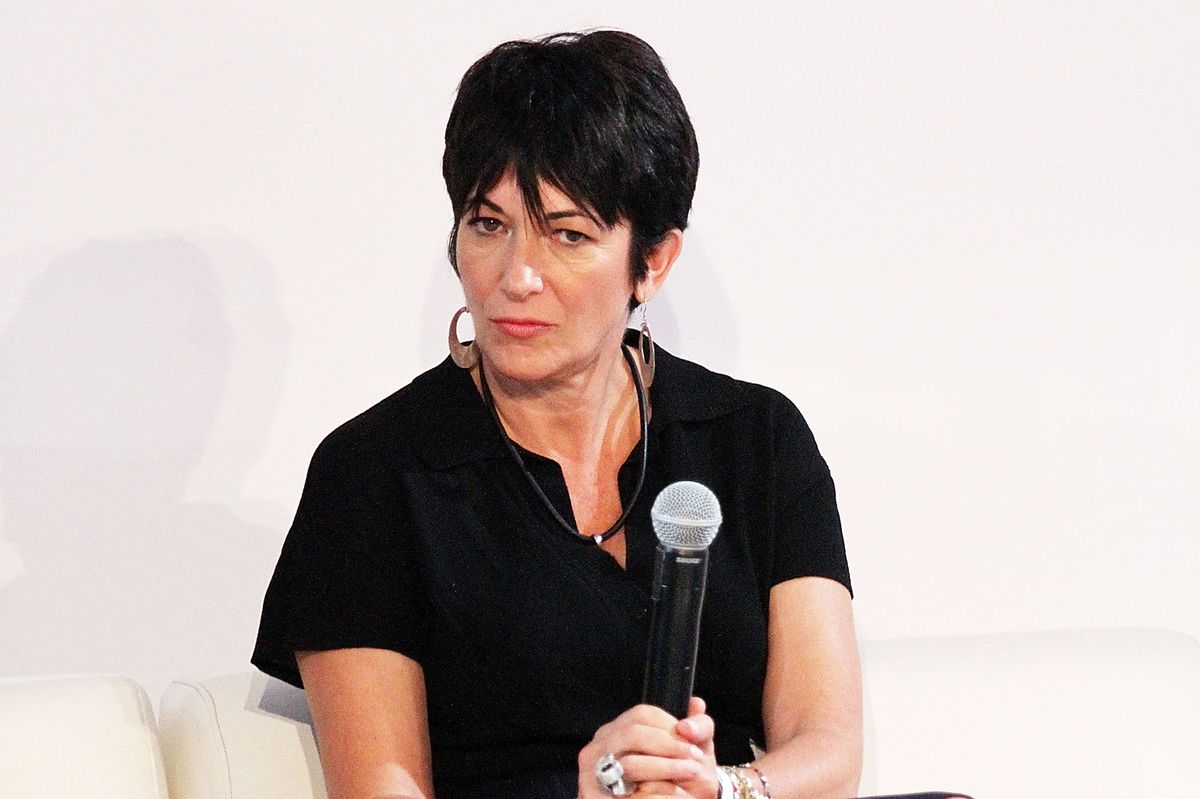 Ghislaine Maxwell’s testimony in a civil lawsuit by one of her accusers was made public Thursday after the British socialite waged a fierce battle to keep the documents under wraps.

Maxwell is being held in a Brooklyn, New York, jail while she awaits trial next year on charges she trafficked girls as young as 14 for her former boyfriend Jeffrey Epstein to abuse. The U.S. also says she participated in some of the alleged assaults and lied during portions of her sworn testimony in a defamation suit by one of her accusers, Virginia Giuffre. She has denied wrongdoing.

There are several pages of questions about a puppet, including a sustained back-and-forth about how a puppet is defined. According to Slate, which says it has cracked the code for some of the redactions, these are references to Prince Andrew. Maxwell says in the deposition that she doesn’t recall asking Virginia Giuffre to sit on someone’s lap with a puppet — or “caricature” — of a person whose name was redacted.

Bill Clinton never visited Epstein’s private Caribbean island while Maxwell was there, according to her sworn testimony. Pressed to describe any instances in which Epstein hosted the former president on his private plane or his island, Little St. James, she responded emphatically.

“Virginia is absolutely totally lying,” she testified. “This is a subject of defamation about Virginia and the lies she has told and one of [the] lies she told was that President Clinton was on the island where I was present. Absolutely 1000% that is a flat-out total fabrication and lie.”

Clinton’s name is one of the few that weren’t redacted in the 465-page document, which includes several pages of questions about men Epstein knew and whether they were introduced to girls. There is no evidence the 42nd president engaged in any wrongdoing in association with Epstein.

Clinton spokesperson Angel Urena didn’t immediately respond to an email seeking comment on the reference to President Clinton in the deposition.

After Maxwell sat for the April 22, 2016, deposition, Giuffre’s lawyers Sigrid McCawley and David Boies wrote to the court saying that she’d been so evasive during the session that they needed to question her again, noting that she’d claimed any sexual interactions were with adults and not underage girls and asked that she be ordered to answer their questions.

“The court should compel defendant to answer all these questions,” they wrote.

U.S. District Judge Robert Sweet in Manhattan later granted their request, and Maxwell sat for a second interview in July 2016. That transcript was not unsealed Thursday.

Maxwell, when asked if she sought any female to carry Epstein’s baby for him, said that’s “completely rubbish.”

“I have never asked anybody to carry a baby for me,” Maxwell said, adding that she didn’t “recall any baby conversations with Jeffrey.”

She admitted that Epstein bought her a car and loaned her money to buy a townhouse, but said she didn’t remember details of other gifts. She said he was not paying her legal fees.

The deposition includes several pages of questions about men that Jeffrey Epstein knew and whether they were introduced to underage girls. The names have been redacted.

In the deposition, Maxwell says she can’t recall what Epstein paid her for her services, which she describes as first being “consulting, and what I did was I helped with decorating houses and in hiring staff to help run those houses.”

When asked if Epstein purchased a townhouse for her, she says, “I worked for it and I had a loan, we did loans.”

Maxwell testifies that she first met Epstein at “some point in 1991.” She says she began working for him in 1992 and “the nature of my work relationship with him changed over time, so from around 2002, 2003, the work lessened considerably,” but she was still doing some work for him “maybe an hour or two a year at sometime 2008 and 2009.”

Q. And did Jeffrey know your father?

Q. How were you introduced to Jeffrey?

A. Some friend introduced us.

Maxwell denied having knowledge of underage girls coming to Epstein’s house for sexual purposes. She was asked about an address book that was downloaded from Epstein’s computer, which appears to refer to the one published by Gawker in 2015. She said she had an address book “like everyone” but didn’t know where that came from, and denied threatening an Epstein employee, whose name is redacted, if they revealed anything about what happened at Epstein’s home.

Q. Were you concerned he was going to disclose that Jeffrey Epstein was trafficking underage girls?
A. I have no knowledge of what you’re talking about.

Maxwell repeatedly responds that she never saw any of the things that prosecutors say were happening at Jeffrey Epstein’s homes:

I have never seen anybody have sexual intercourse with Jeffrey, ever.

I never saw any inappropriate underage activities with Jeffrey ever.

I have never instructed Virginia to have sex with anybody ever.

I never ever at any single time at any point ever at all participated in anything with Virginia and Jeffrey.

Maxwell is asked if she ever considered herself Jeffrey Epstein’s girlfriend.

A. That’s a tricky question. There were times when I would have liked to think of myself as his girlfriend.

Q. When would that have been?

The questioner in the April 22, 2016 deposition, which took place at a midtown Manhattan law firm, goes straight in for the kill. The first things asked of Maxwell, after informing her of the ground rules, is whether anything will prevent her from giving “truthful testimony,” whether she’s on any medications that might impair her memory or ability to answer truthfully, what her address and date of birth are and then “When did you first recruit a female to work for Mr. Epstein?”

— With assistance by Peter Jeffrey, and Jennifer Epstein