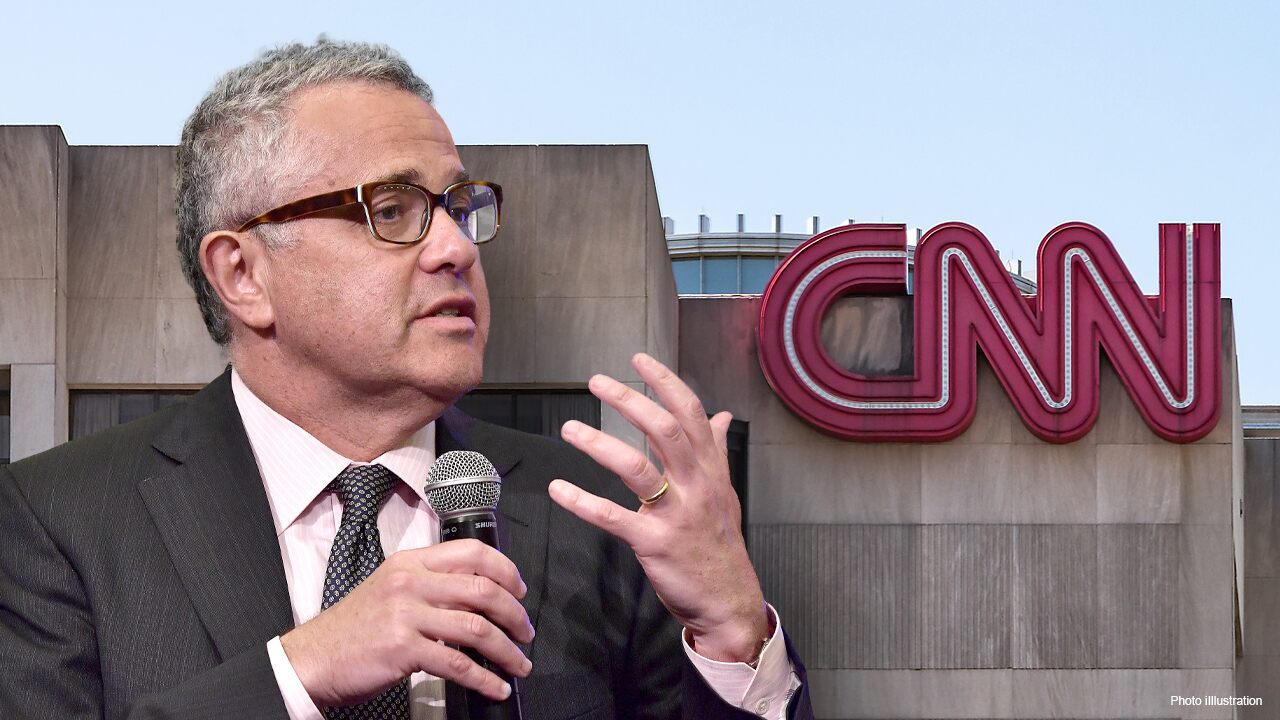 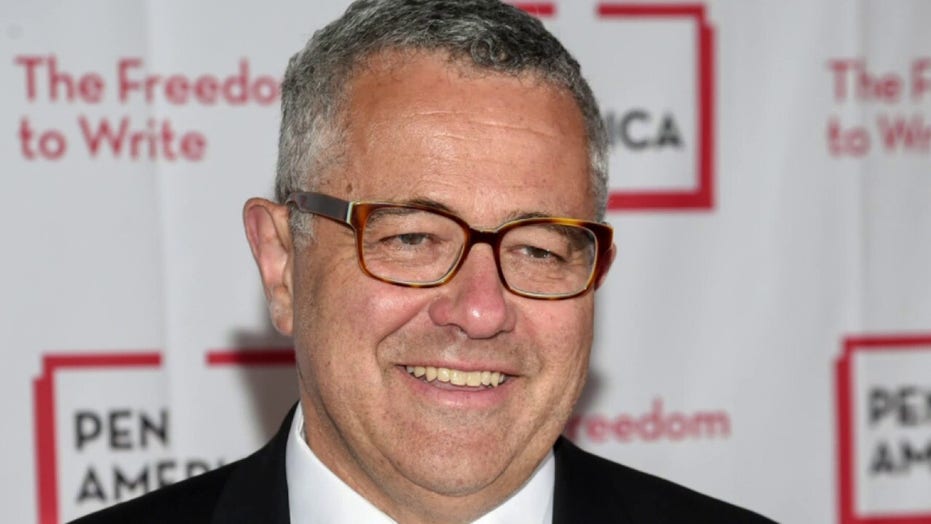 Toronto Star columnist Vinay Menon wrote that Toobin "didn't cover himself in glory ‒ or regrettably, anything else ‒ in that fateful Zoom call, but CNN and his country need him."

Menon urged The New Yorker to "end this investigation" into Toobin's misconduct and for CNN to "rescind" his leave of absence since "his service is urgently required."

"Here’s the thing: I don’t care if Jeffrey Toobin has demons. I don’t care if he’s a weirdo or a pervert. I don’t care if he fondles himself 20 times a day while wearing a sun hat and listening to Mozart," the Toronto Star columnist continued. "What I care about is his brain and his analytic skills. He made an embarrassingly stupid mistake. Let’s leave it at that and get on with saving America."

"The Toronto Star argues we need Jeffrey Toobin? Pretty sure there isn't a shortage of partisan attorneys on TV," Concha singled out the Canadian newspaper to Fox News.

"We Americans love to talk – and talk, and talk -  about sex. But there's one topic that remains taboo, and Toobin is playing the price for it," op-ed writer Jonathan Zimmerman said. "According to a 2016 survey, 95% of men and 81% of women in America have masturbated. Yet in the same poll, over half of respondents say they felt uncomfortable talking about it."

Zimmerman stressed that "nobody" has suggested that Toobin "willfully exposed himself to others" and while he was better off not pleasuring himself during that Zoom call, it's his business rather than yours."

"News flash: Toobin masturbates. But I'm guessing that you do the same, dear reader. Maybe you should stop feeling weird and guilty about that. Then we can all stop making fun of Jeffrey Toobin," Zimmerman concluded.

"We’re almost finished with our seventh full month of quarantine, a hellscape of endless Zoom happy hours… and Zoom work calls," BuzzFeed senior culture writer Scaachi Koul said before acknowledging that she often doesn't wear pants during Zoom calls. "Haven’t we all done something on a work call that, in normal circumstances, we’d never do during a meeting? Let he without sin cast the first stone; the benefit of working from home is in the comfort to do whatever you want. Endless snacks without judgment, cigarette breaks at your leisure, Real Housewives on all goddamn day."

"You’re going to tell me you’ve never taken a quick three minutes midday to crank your hog? To mash your meat? To butter your own muffin? There’s so little joy left in our lives; are we not at least owed the time to toot our own horns?" Koul wrote. "I mean, maybe not during an active Zoom call where your video is still on. Time and place, I suppose."

The BuzzFeed News reporter elaborated that in quarantine living ‒ where people try to decide whether they "work at home" or "live in their office" ‒ "it was inevitable that someone might slip" and "let their colleagues witness them at their most primal."

NewsBusters managing editor Curtis Houck blasted the "circling of the wagons around Toobin" concluding that since he works for CNN, it "isn't that surprising that the liberal media lemmings would rush to defend one of their own."

"For a news media that's spent years lecturing Trump supporters about decency and morality, they sure don't seem to have any standards whatsoever on their own side," Houck told Fox News. "They'll enforce certain basic norms and call attention to the #MeToo movement, but when it's someone so beloved as Jeffrey Toobin engaging in a sex act during a work call, those universal denials go out the window. "

But it wasn't just liberal outlets defending Toobin. A piece published in National Review accused the "usual howler monkeys" of calling for his firing "not because of his embarrassing breach of decency but because they hate him, and hate him not individually but categorically."

"He’s a Democrat-aligned media mouthhole, a fancy-pants writer for The New Yorker, etc., and certain people believe that it is their mission and duty in life to hate such people, to wish them harm and, if possible, to do them harm," National Review correspondent Kevin D. Williamson explained. "There are people who hate Jeffrey Toobin today who got up on Monday morning and went about their day — drink the coffee, brush the teeth, snort a bump of rage on Twitter — blissfully unaware that such a thing as a Jeffrey Toobin exists."

Williamson suggests that cancel culture is actually fueling the controversy and not his alleged actions, writing "it has to do with the all-important ritual that is now at the center of our political discourse: hating together."

"Toobin’s shenanigans were gross, but not as gross as our public-hate ritual. I’m not nearly as offended by clumsy pudwhackers as I am by people who savor the humiliation of others," Williamson wrote. "I don’t want to commune with them in hate, or in anything else — I’m embarrassed to be a member of the same species."

"I assure you the 'howler monkeys' who think Toobin deserves to be fired are not due to him being part of a category," Domenech tweeted.

Toobin has long had a questionable past regarding his sexual behavior. A 2010 Gawker report outlined accusations of the married legal analyst whispering "disgusting" language to a prominent female member of the media, followed her to her hotel room, and tried inviting himself in.

In addition, Toobin fathered a child in 2009 with Casey Greenfield, the daughter of Toobin's one-time CNN colleague Jeff Greenfield.

Toobin urged Greenfield to have an abortion and was later taken to court after he denied the child was his. Toobin was forced to take a DNA test which proved that he was the child's biological father and was ordered to pay child support.

Eric Schiffer, brand and reputation management expert and chairman of the LA-based firm Reputation Management Consultants, insisted his latest offense is "worse" for him because "it was a real-time offense captured by the Zoomerati within his workplace."

"Today, a virtual digital space is your office. Toobin was on the clock with his colleagues, which makes his excruciatingly boneheaded behavior so disturbing to the public and led to a brutal backlash,” Schiffer told Fox News.

Schiffer said it will be "almost impossible" for Toobin to make a full recovery in the short-term, but left the door open for a potential comeback.

"With time, and a re-entry first through writing perhaps on a platform like a Substack, there is a path to rebuild his brand and credibility," Schiffer explained. "His career won’t face deadly consequences, but it will be tough for the public to erase his epic-scale mistake anytime soon."

The Hill's Concha, however, was far more skeptical about Toobin's return to CNN.

"I just don't know how the network can put Jeffrey Toobin back on the air ‒ even after this does die down ‒ because the first thing a solid majority of viewers will think of is this incident," Concha told Fox News. "And female viewers might even be offended by the sight of him. For him to call this an accident is also insulting to one's intelligence, because these kinds of acts just don't happen accidentally."