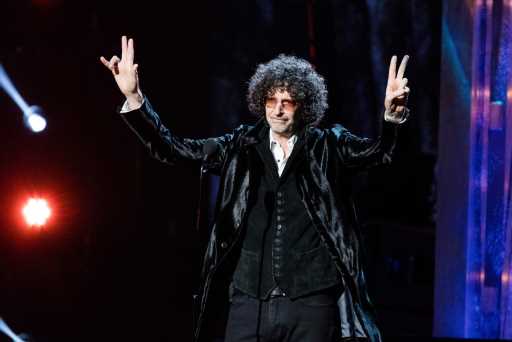 SiriusXM is inching closer to a deal with star host Howard Stern, the satellite radio broadcaster’s CEO said Wednesday as it reported third quarter financials with revenue flat at just over $2 billion and net income up 11% to $272 million.

“Our commitment to having the best possible audio content from top talent, as well as leading media and sports brands, has never wavered. First, we are making significant progress in extending our relationship with Howard Stern,” said outgoing CEO Jim Meyer. Stern’s contract expires at year end.

Elaborating on a conference call with investors after releasing the numbers, Meyer said, “Howard tells me he’s never been happier and our relationship with Howard has never been stronger… From my perspective we are very far along. But it is never done until it’s done. I am very confident we have an agreement to announce soon.”

“We reached a new agreement with Kevin Hart for more content, with LeBron James and Maverick Carter we launched UNINTERRUPTED Radio from the NBA bubble on Pandora, and we debuted our fulltime channel with the members of U2 on SiriusXM.  Pat McAfee joined our sports lineup, and we returned to live sports across the MLB, NBA and NFL.  And we brought our listeners special moments like the recent interview between Paul McCartney and Alec Baldwin honoring John Lennon’s 80th birthday on The Beatles Channel,” he added.

He said the SiriusXM maintains strong momentum heading into year end, and we are increasing all of our full-year subscriber and financial guidance today.

As reported, Meyer will retire as CEO Dec. 31, 2020 and become vice chairman of SiriusXM’s Board of Directors. Jennifer Witz, president, Sales, Marketing and Operations, will take the reins on Jan. 1. Sean Sullivan – former of AMC Networks was named CFO and starts next week.

The company added 169,000 self-pay net subscriber for the three months ended in September. Total net subscriber additions were 186,000, resulting in 34.4 million total SiriusXM subscribers at the end of the period.