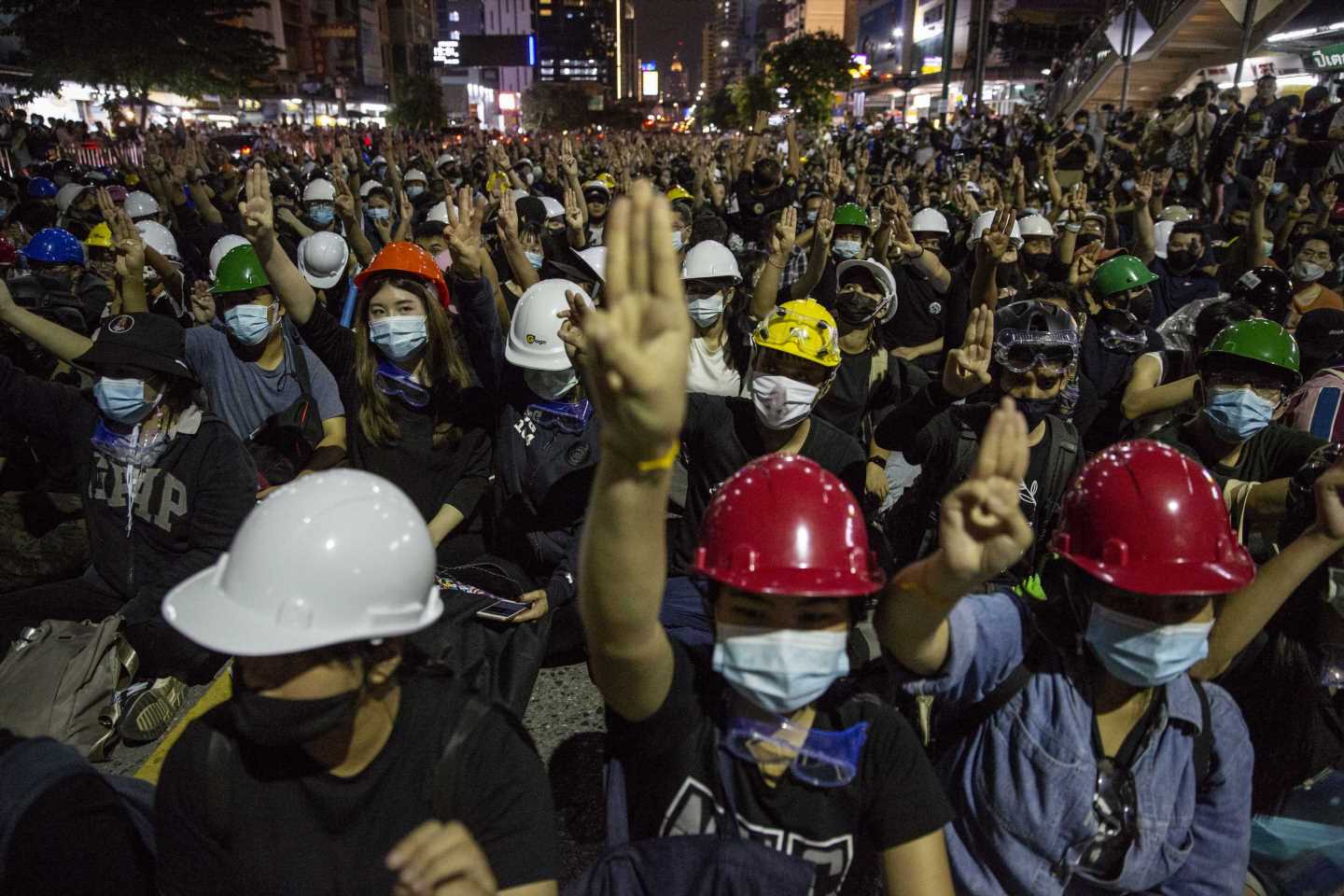 Thailand on Thursday rolled back an emergency decree aimed at ending months of protests against the government and monarchy that had only inflamed anger and brought tens of thousands of people onto Bangkok streets.

A government statement published in the official Royal Gazette said that as of 12 p.m. (0500 GMT) it would mean an end to measures that include bans on political gatherings of five or more people and publishing news that could affect security.

"The current violent situation that led to the announcement of the severe situation has eased and ended to a situation in which government officials and state agencies can enforce the regular laws," the statement said.

The only specific incident given for the ban was one in which Queen Suthida's convoy was jeered by protesters, but it came after protests that are the biggest challenge in years to Prime Minister Prayuth Chan-ocha and King Maha Vajiralongkorn.

Protesters who have given Prayuth a three day deadline to quit said that withdrawing the measures was not enough.

"He's still seeking to stay in power while ignoring all the people's demands. The emergency decree shouldn't have been issued in the first place," Sirawith "Ja New" Seritiwat, one of the leaders, said.

Dozens of protesters — including many of the most high profile protest leaders — were arrested during the crackdown.

Among them was Patsaravalee "Mind" Tanakitvibulpon, who was released on Thursday after being arrested a day earlier.

Patsaravalee, 25, told reporters after being freed that the court had deemed the charges were not serious and that she still needed to attend classes and exams, so bail was granted without having to submit any guarantees.

Protesters say Prayuth rigged an election last year to keep hold of power he seized in a 2014 coup. He says the election was fair. Protesters accuse the monarchy of enabling years of military domination and want to curb the king's powers.