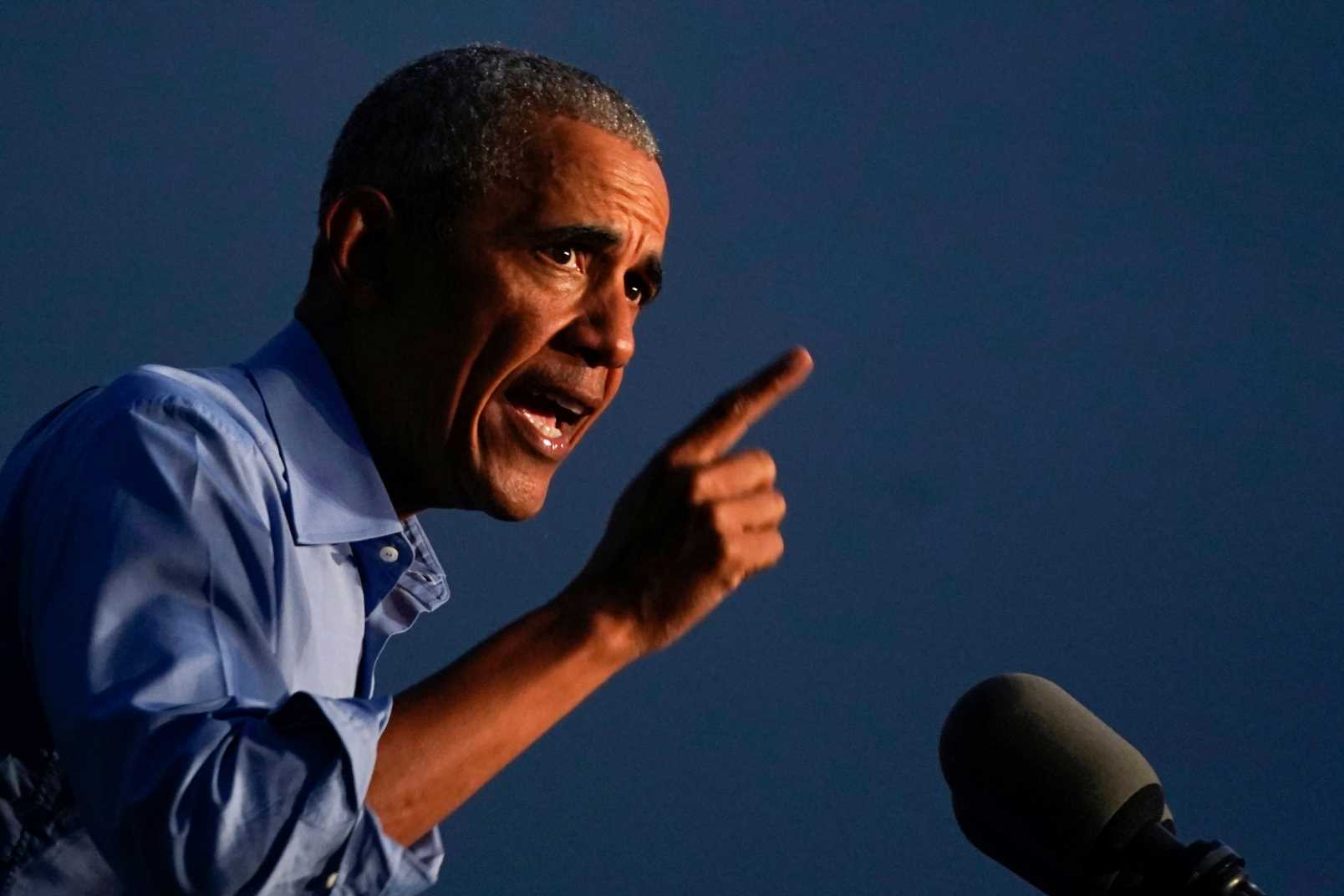 Barack Obama on Wednesday made his debut on the campaign trail in support of former Vice President Joe Biden. He had a few words for President Trump.

The former president, who prior to the election season largely refrained from commenting on Trump’s performance, unloaded on him in Philadelphia, and with a gusto we haven’t seen from Obama since … well, probably since he was running for president himself.

Here are some choice quotes from the drive-in campaign stop in front of Citizens Bank Park:

On Trump, the reality show host:

“I never thought Donald Trump would embrace my vision or continue my policies, but I did hope for the sake of the country that he might show some interest in taking the job seriously. But it hasn’t happened. He hasn’t shown any interest in doing the work, or helping anybody but himself and his friends, or treating the presidency like a reality show he can use to get attention. Even then, his TV ratings are down, so you know that upsets him. But the thing is, this is not a reality show, this is reality. The rest of us have had to live with the consequences of him proving himself incapable of taking the job seriously.”

“He did inherit the longest streak of job growth in American history, but just like everything else he inherited, he messed it up.”

“The economic damage he inflicted by botching the pandemic means he will be the first president since Herbert Hoover that will actually lose jobs.”

“It is not a great idea to have a president who owes a bunch of money to people overseas. Of the taxes Donald Trump pays, he may be sending more to foreign governments than he pays in the United States.”

On Trump, the conspiracy theorist:

“You’ll be able to go about your lives knowing if the president is not going to retweet conspiracy theories, about secret cabals running the world or that Navy SEALs didn’t actually kill bin Laden. Think about that. The president of the United States retweeted that. Imagine. What? What?!”

“There are consequences to these actions. They embolden other people to be cruel and divisive and racist. It frays the fabric of our society and it affects how our children see things and it affects the ways our families get along. It affects how the world looks at America. That behavior matters. Character matters.”

Obama bashed Trump plenty, but he ended almost every rant by propping up Biden and Kamala Harris as the antidote. He also reassured Americans that despite the past four years, the United States is “a good and decent place.”

“We’ve just seen so much noise and nonsense that sometimes it’s hard for us to remember,” Obama concluded. “Philadelphia, I am asking you to remember what this country can be.”