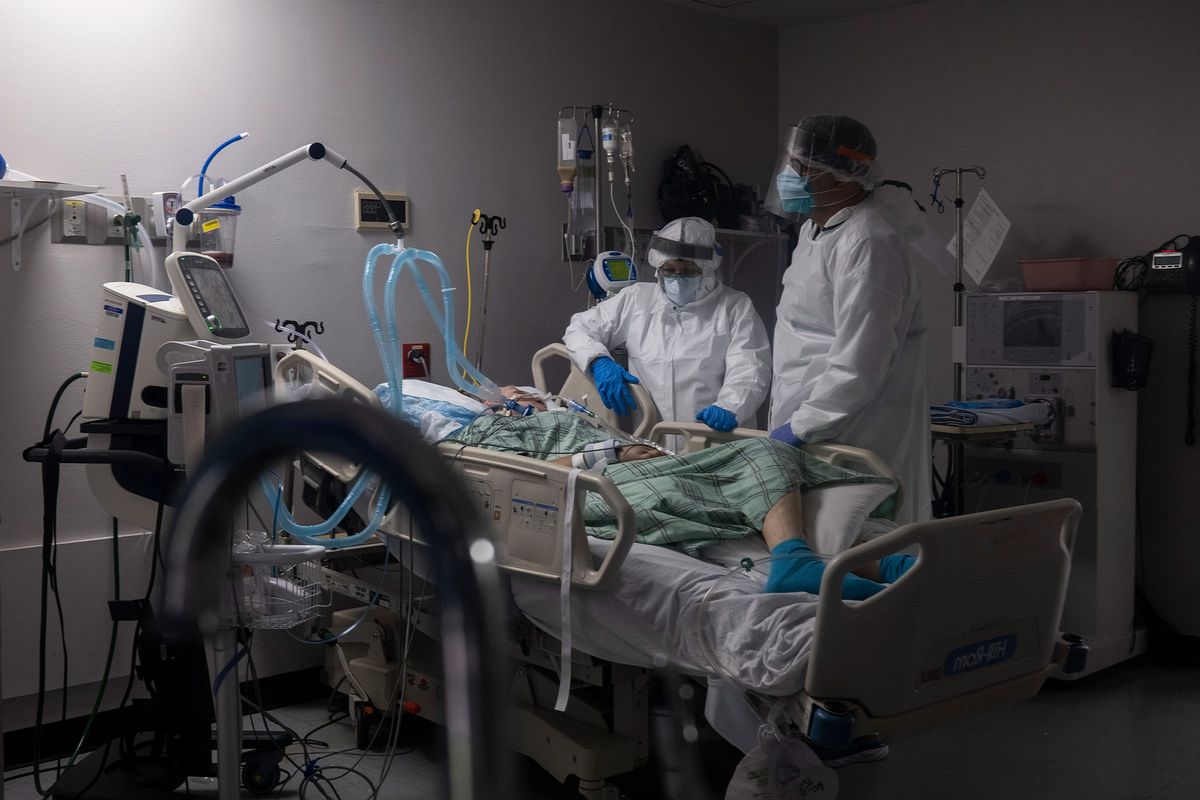 We’re tracking the latest on the coronavirus outbreak and the global response. Sign up here for our daily newsletter on what you need to know.

The U.S. reported record coronavirus infections for the second day in a row, adding 85,317 cases. President Donald Trump’s chief of staff was lambasted by Democrats for saying the U.S. won’t “control” the pandemic and should focus on advancing vaccines and treatments.

Vice President Mike Pence kept to his campaign schedule with a rally in North Carolina after his chief of staff, Marc Short, and at least two other people in his circle tested positive, raising the prospect of another outbreak within the White House.

Spain announced a nationwide overnight curfew under expanded emergency powers for the government. Italy, which again reported record infections, introduced the strongest virus restrictions since ending a national lockdown in May. France’s daily cases rose to a record 52,010.

Subscribe to a daily update on the virus from Bloomberg’s Prognosis team here. Click CVID on the terminal for global data on coronavirus cases and deaths.

Governor Andy Beshear said Kentucky had the biggest one-week number of cases since the pandemic began and called on citizens to do more to stop the virus’s spread.

“We must do better,” the Democratic governor said in a statement Sunday. “We all know the steps we need to take to stop the spread of this virus – wear a facial covering, wash your hands, stay six feet apart and limit gatherings and travel – let’s all do these simple things to protect each other.”

Johnson & Johnson’s first batches of its Covid-19 vaccine could be available for emergency use as soon as January, Ruxandra Draghia-Akli, the company’s head of public health research and development, said in a presentation at the World Health Summit.

The timeline matches that previously given by the U.S. drugmaker, which said on Friday it plans to restart a large late-stage trial of the vaccine that had been paused due to safety concerns. The 60,000-person study is expected to have initial results by the end of the year.

“This is a dangerous moment for many countries in the northern hemisphere as cases spike,” Tedros said in an online meeting of the Berlin-based World Health Summit. “We still have a long haul ahead of us.” He urged that vaccines, once available, be spread among “some people in all countries rather than all people in some countries.”

France reported record new infections for the fourth consecutive day, extending a surge that’s left it with the most cases in the European Union. The rate of positive tests for the virus that causes Covid-19 jumped to 17% from 16% on Saturday, according to the national health agency.

Reported cases increased by 52,010 after three days with more than 40,000. Deaths rose by 116 to 34,761. Covid-19 patients have taken up almost 70% of intensive-care beds in the Paris region, according to local health authorities.

Arizona, among the Sun Belt states hit hard this summer, reported 1,392 cases, the most since Sept. 17. The state had successfully reined in a surge that peaked in July with several days over 4,000 cases. But the numbers have been rising again slowly over the last few weeks, as cases spread to the Midwest then to two national records this week. Florida has also reported several recent days of elevated infections, and Texas is working to contain a hot spot in El Paso.

The U.K. reported 19,790 new cases on Sunday, the smallest increase since Oct. 19. However, numbers have sometimes been lower on weekends when Northern Ireland isn’t included in totals. The number of daily fatalities also decreased, to 151 from 174 the day before.

Former FDA commissioner Scott Gottlieb said the U.S. has reached a “dangerous tipping point” as hospitalizations from Covid-19 start to rise sharply, undermining the idea that most current incidences of the virus are no worse than a case of the flu.

Medical resources in most states aren’t “extremely pressed” right now, but “that’s going to change over the next two to three weeks,” he said.

Hospitalizations reached nearly 42,000 on Saturday, Gottlieb said on Twitter, adding that “criteria for admission has been tightened over time, making the high numbers more concerning.”

The U.S. could have a coronavirus vaccine ready by the end of the year, National Institute of Allergy and Infectious Diseases director Anthony Fauci said in an interview with the BBC on Sunday.

“We will know whether a vaccine is safe and effective by the end of November, the beginning of December,” Fauci said, backing President Trump’s estimates for the arrival of a vaccine. Even if a vaccine is proven effective by year-end, it will take several more months before it can be made widely available in the U.S., he said.

New York Governor Andrew Cuomo criticized President Trump’s chief of staff Mark Meadows for saying earlier Sunday that the U.S. is “not going to control the pandemic” and will instead focus on getting vaccines and therapeutics.

Less than two weeks before election day, Cuomo said Trump’s approach to the virus has been “don’t even try. Just surrender ... That’s what they did and we have 217,000 people dead.” Data compiled by Johns Hopkins University and Bloomberg show more than 225,000 virus deaths in the U.S.

New York added 1,632 cases, after surpassing 2,000 twice this week. That rise is in line with daily increases in the previous seven days. Total hospitalizations topped 1,000 for the third day in a row. Another 12 people died, the governor said.

Italy reported a record 21,273 daily infections, with more than 1,200 patients in intensive care for the virus.

Bulgarian Prime Minister Boyko Borissov tested positive for the coronavirus and is feeling a “general malaise,” he said on his official Facebook page.

Borissov, 61, was briefly quarantined on Friday after coming into contact with a deputy minister who had tested positive, He released on Saturday after twice testing negative and said he’s resting at home.

The number of hospitalized patients in intensive care in the Balkan country rose to a record on Sunday.

Italy introduced the strongest virus restrictions since the end of a national lockdown in May, and Spain will impose a national curfew as cases surge in the two countries at the epicenter of the initial wave of the pandemic in Europe.

In Italy, Prime Minister Giuseppe Conte approved a plan to limit opening hours for bars and restaurants, and shut entertainment, gambling venues and gyms. Italians will also be urged not to travel. The measures will begin on Monday and remain in effect until Nov. 24.

Spanish Prime Minister Pedro Sanchez’s Cabinet Sunday approved a new state of emergency that will give the central government more powers and he announced the government planned a national curfew from 11 p.m. to 6 a.m., except in the Canary Islands, where the infection rate is low.

The U.S. recorded the most infections of the pandemic for the second day in a row, adding another 85,317 cases, according to data collected by Johns Hopkins University and Bloomberg through Saturday. The 1% increase outstripped the 0.8% daily average of the previous seven days as President Donald Trump sought to play down the surge in rallies in virus hot spots days before the election. Another 939 people died, in line with the previous week’s daily average, as fatalities also begin to tick up again.