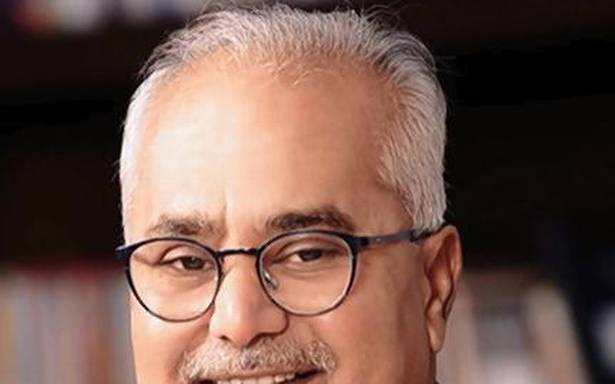 ‘Sputnik-V trials may end by March’

Pharma major Dr. Reddy’s Laboratories has reported a 30.3% decline in consolidated net profit to ₹771.8 crore for quarter ended September compared with ₹1,106.8 crore a year earlier when it received a boost from recognition of deferred tax assets.

Like the MAT credit recognition for net profit, a one off licencing fee gain a year earlier meant total revenue from operations grew a subdued 2% to ₹4,962.1 crore (₹4,866.8 crore), according to the results prepared as per Ind AS norms

In a statement, co-chairman and MD G.V. Prasad said, “We are pleased to report continued growth across all the markets and improved productivity”.

Mr. Chakraborty, who briefed the media virtually alongwith CEO Erez Israeli, said the decline in net profit was expected as last year there “were huge out licensing income, [of] more than ₹700 crore and we [also] had MAT credit recognition.”

On the timeline of clinical trials for Russia’s Sputnik V COVID-19 vaccine candidate, for which Dr. Reddy’s had got approval recently from India’s health regulator, Mr. Israeli said while Phase II will begin with about 100 participants soon and get over by December, Phase III trials, with 1,500 participants, could be completed as early as March. Depending on compilation of data from Phase-II and regulatory approvals, it could even stretch into April or May, he added.

Dr. Reddy’s and Russian sovereign wealth fund RDIF had recently announced a partnership to conduct clinical trials for Sputnik V and its distribution in India. On whether Dr. Reddy’s will manufacture the vaccine, he said “it will be produced in India by someone else.”

On the cyberattack on the company last week, Mr. Chakraborty said it was ransomware attack.

“We experienced an information security incident and consequently isolated the impacted IT services. This incident involved a ransomware attack,” he said. The company engaged outside cybersecurity experts, launched a comprehensive containment and remediation effort and investigation to address the incident.

“We are still investigating in terms of where it has originated from,” he said, parrying questions on whether any ransom was paid.

A release said “as of date, our investigation has not ascertained if any data breaches in the incident pertain to personally identifiable information stored in the company’s systems. Recovery and restoration of all applications and data is underway. All critical operations are being enabled in a controlled manner.”