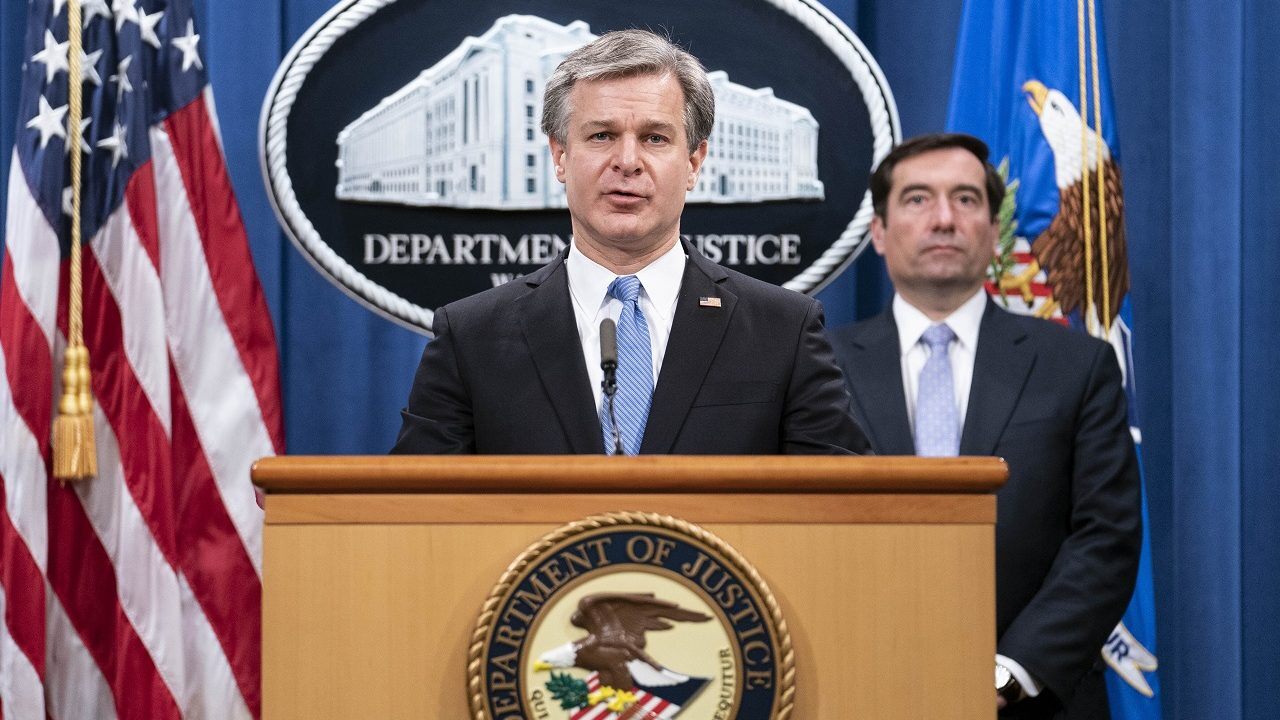 FBI Director Christopher Wray and Assistant Attorney General for National Security John C. Demers announced an indictment of eight Chinese operatives accused of taking part in a widespread campaign to intimidate and coerce dissidents around the world that have reached U.S. soil.

During a Wednesday news conference, Demers stated that the alleged acts were part of China's Operation Fox Hunt, which the Chinese government claims is an international anti-corruption campaign, but the U.S. believes to be a plot to target political opponents and critics.

“With today’s charges, we have turned the PRC’s Operation Fox Hunt on its head. The hunters became the hunted, the pursuers, the pursued," Demers said.

Demers said that while Operation Fox Hunt may target legitimate criminal suspects in some cases, in others it is used simply to hunt down and intimidate political rivals and critics.

Eastern District of New York U.S. Attorney Seth DuCharme added that the arrests came following a long-term investigation and that the defendants' alleged actions took place over a period of three years.

DuCharme said that during that time, the Chinese government directed the defendants to engage in illegal activities to coerce a New Jersey resident identified as John Doe-1 to return to China to face charges.

“Rather than go through appropriate channels with the U.S. government," DuCharme said, they acted outside the law, engaging in "shockingly overt acts" that allegedly included harassing and conducting surveillance of John Doe-1's daughter.

At one point, one of the defendants and an unidentified co-conspirator allegedly placed a note on the door of Doe's home that said, "If you are willing to go back to the mainland and spend 10 years in prison, your wife and children will be all right. That’s the end of this matter!"

"The sad fact was that this is hardly an isolated incident," Wray said.

"The Chinese government’s brazen attempts to surveil, threaten, and harass our own citizens and lawful permanent residents, while on American soil, are part of China’s diverse campaign of theft and malign influence in our country and around the world,” Wray said. “The FBI will use all of its tools to investigate and defeat these outrageous actions by the Chinese government, which are an affront to America's ideals of freedom, human rights, and the rule of law.”