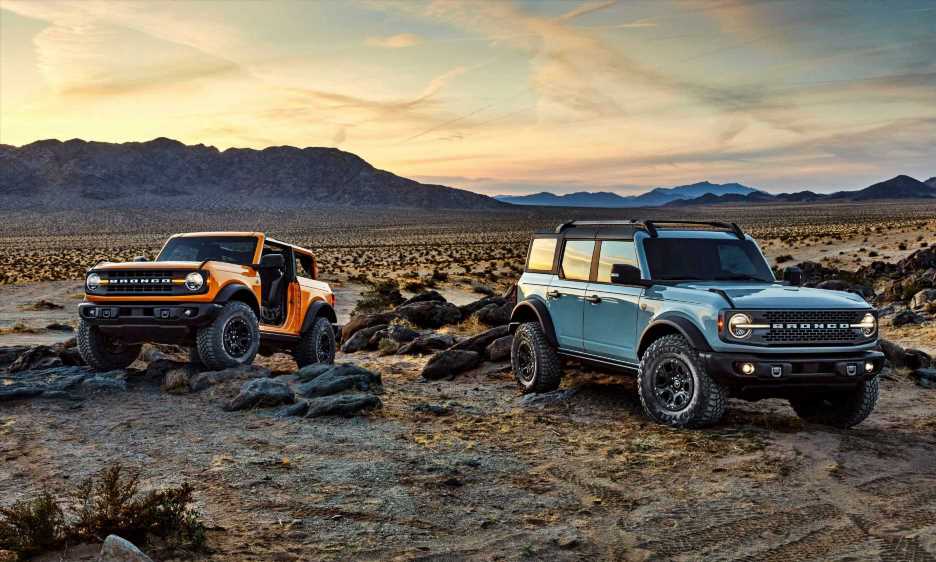 Ford Motor is approaching 190,000 reservations for its long-awaited Bronco SUV, which is expected to arrive in U.S. dealerships next spring.

Those reservations are for two- and four-door Bronco models. They exclude a smaller, more domesticated vehicle called the Bronco Sport that's built more like a car than a truck.

Ford unveiled the new Bronco and Bronco Sport on July 13 to great fanfare, also opening up reservations. The nameplate developed a strong fan base following the original two-door SUV being discontinued in 1996.

A limited "First Edition" Bronco model — starting at $60,800 — sold out quickly after the vehicle's unveiling. The company doubled availability of the model to 7,000 units. All have been reserved, Ford said.

Ford is taking $100 refundable deposits as part of the reservation process.

The Bronco Sport is expected to begin arriving in dealerships by the end of this year, followed by the Bronco next spring.