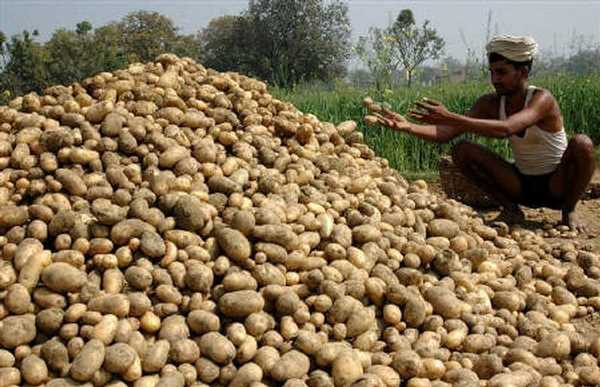 Potato seed is selling for Rs 60-70 per kg in the open market this year as compared to Rs 18-22 earlier. 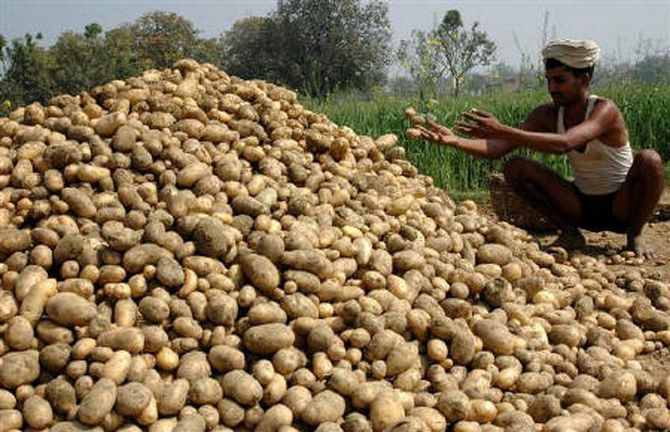 With potato rates touching a new high every day, farmers in Uttar Pradesh are finding it difficult to acquire seeds.

In the crop season, farmers are forced to buy potato seeds at three times the rates compared to previous years.

Potato seed is selling for Rs 60-70 per kg in the open market this year as compared to Rs 18-22 earlier.

Crop area of potato is set to reduce this year due to high rates of seeds.

However, the state government has arranged potato seeds for Rs 32 per kg at select centres but this is not enough to meet the demand.

In the sowing season this year, Chipsona, Kufri, Lalima, Chandramukhi and Badshah varieties of potato seeds are in great demand.

According to traders, these varieties of seeds are selling for Rs 60-72 per kg.

Last year, these potato seeds were selling at Rs 18-22 per kg.

According to farmers, besides the high rate of seeds, the cost of other items such as fertilisers and insecticides have also increased.

Although the UP government opened seed counters at the state-owned cold stores but due to freight charges and distance, very few farmers are availing this facility.

Potato farmer from Aligarh Mohit Singh said due to the high rate of seeds, people are shying away from this crop.

When the seeds are costly, the crop is sold cheaper and this trend is bothering farmers, he added.

Agriculture expert SK Singh said because of the high rate of seeds, the crop area in UP may reduce by 20 per cent this year.

According to him, in the sowing season, a farmer needs four quintals of seed for one bigha.

Adding labour, fertiliser and other items, the cost of potato production will soar this year.

Besides, the farmers are not sure about potato rates in the near future and this has been keeping them away from sowing during the year.

For the last three years, there has been record production of potato in UP.

Last year, UP had produced more than 165 lakh tonnes of potato.