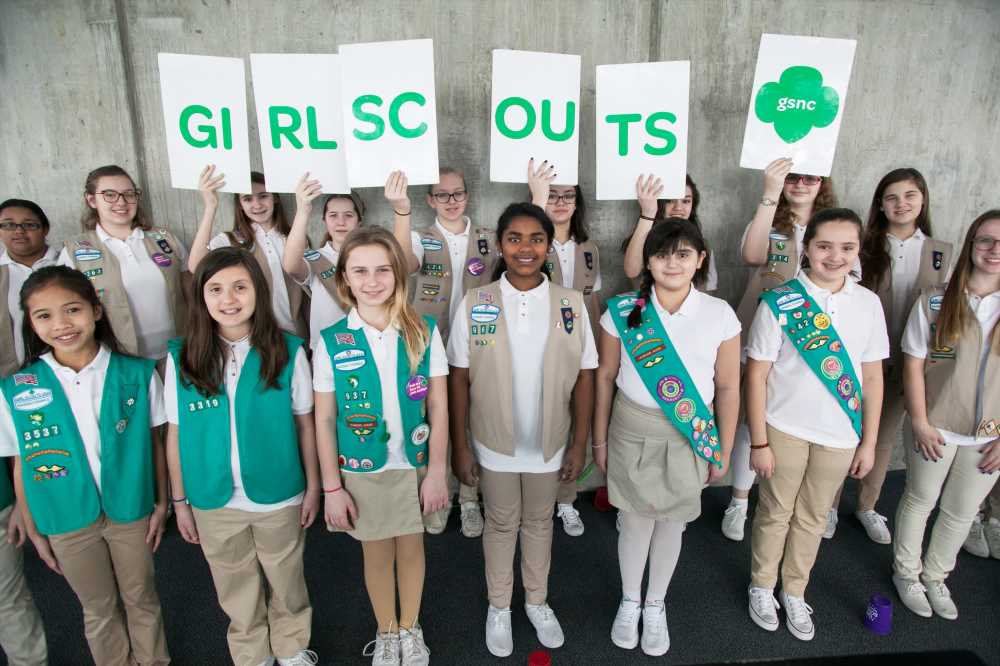 The Girls Scouts of America on Wednesday night deleted social media posts congratulating conservative judge Amy Coney Barrett for her controversial appointment to the Supreme Court hours after the posts sparked a wave of angry comments — and some praise.

"Shame on Girl Scouts for promoting this. She represents the exact opposite of what we instill in our girls!" one woman wrote in reply to Girl Scouts' Facebook post.

The backlash began right after the Girls Scouts Twitter and Facebook feeds featured an image showing photos of Barrett and the only four other women who have served as justices on the high court. Those women included Ruth Bader Ginsburg, the liberal whose death last month opened the door for President Donald Trump to nominate Barrett for her seat.

"Congratulations Amy Coney Barrett on becoming the 5th woman appointed to the Supreme Court since its inception in 1789," the post said, ending with an emoji of hands raised up.

The post was replicated on the group's Facebook page, followed by a note saying, "Girl Scouts of the USA is a nonpolitical, nonpartisan organization."

"We are neither red nor blue, but Girl Scout GREEN. We are here to lift up girls and women."

But that admonition didn't stop a lot of women from weighing in on Barrett, whom liberals consider a threat to the Obamacare health law, abortion rights and LGBT rights because of her conservative judicial philosophy.

Democrats also have been angered that the Senate quickly confirmed Barrett so close to next week's presidential election, four years after that Republican-controlled body refused to even hold hearings on President Barack Obama's nomination of Merrick Garland to the Supreme Court, ostensibly because 2016 was a presidential election year.

"This post is insanely tone-deaf from a female-centered organization to celebrate a woman who believes that we should have our rights stripped," wrote a female commenter on Facebook, one of the more than 2,000 comments that were made an hour after the post.

Another woman wrote, "This is not an appointment to celebrate for women. She does not support women's rights at all."

A third woman wrote of Barrett: "She goes against so much of what Girl Scouts stands for — very disappointed in this. This appointment is nothing for girls or women to celebrate."

And another woman wrote, "Amy Coney Barrett does not represent what I always thought the girl scouts stood for. As a former girl scout this makes me incredibly sad."

A respondent to the Girls Scouts Twitter post wrote, in one of more more than 4,000 replies, "I'm going to spend my $100 Girl Scout Cookie budget on ingredients to make my own next year."

But the criticism of the post itself drew backlash.

"Now I see it being trashed by the so called tolerant left for uplifting a female to the Supreme Court," the woman noted. "That is disappointing. Those of you bashing the organization, please remember there are conservatives that support Girl Scouts too. I was grateful to see the post in support of WOMEN, regardless of who they are."

Another woman responding to the Facebook post praised the organization, saying, "Girl Scouts, thank you for celebrating ALL women and showing us there is a place at the table for those with ALL different sorts of values. Practicing what you're preaching, right here. It's very nice to see."

And one woman wrote, "I'm glad to see the organization support all women both liberal and conservative!"

Even a critic of Barrett agreed with the Girls Scouts post.

"As much as I dislike this particular woman and deplore the political hypocrisy that allowed her to be in such respected company, GSUSA is completely right to recognize her," the commenter wrote. "Well done. It could not have been easy."

The Twitter and Facebook posts were both deleted around the time that this article was first published by CNBC.

The Girl Scouts did not immediately respond to requests for comment on the initial posts or the reason for their deletion. The term "Girl Scouts" became a top trending subject on Twitter on Wednesday evening.

Trump has touted his nomination of Barrett to the Supreme Court — which follows his appointment of two other justices, Neil Gorsuch and Brett Kavanaugh — in his campaign as he seeks a second term in the White House.

Conversely, his Democratic opponent in the presidential race, former Vice President Joe Biden, has used Barrett's appointment as a rallying point for supporters.

"The rushed and unprecedented confirmation of Amy Coney Barrett as Associate Justice to the Supreme Court, in the middle of an ongoing election, should be a stark reminder to every American that your vote matters," Biden said Monday.