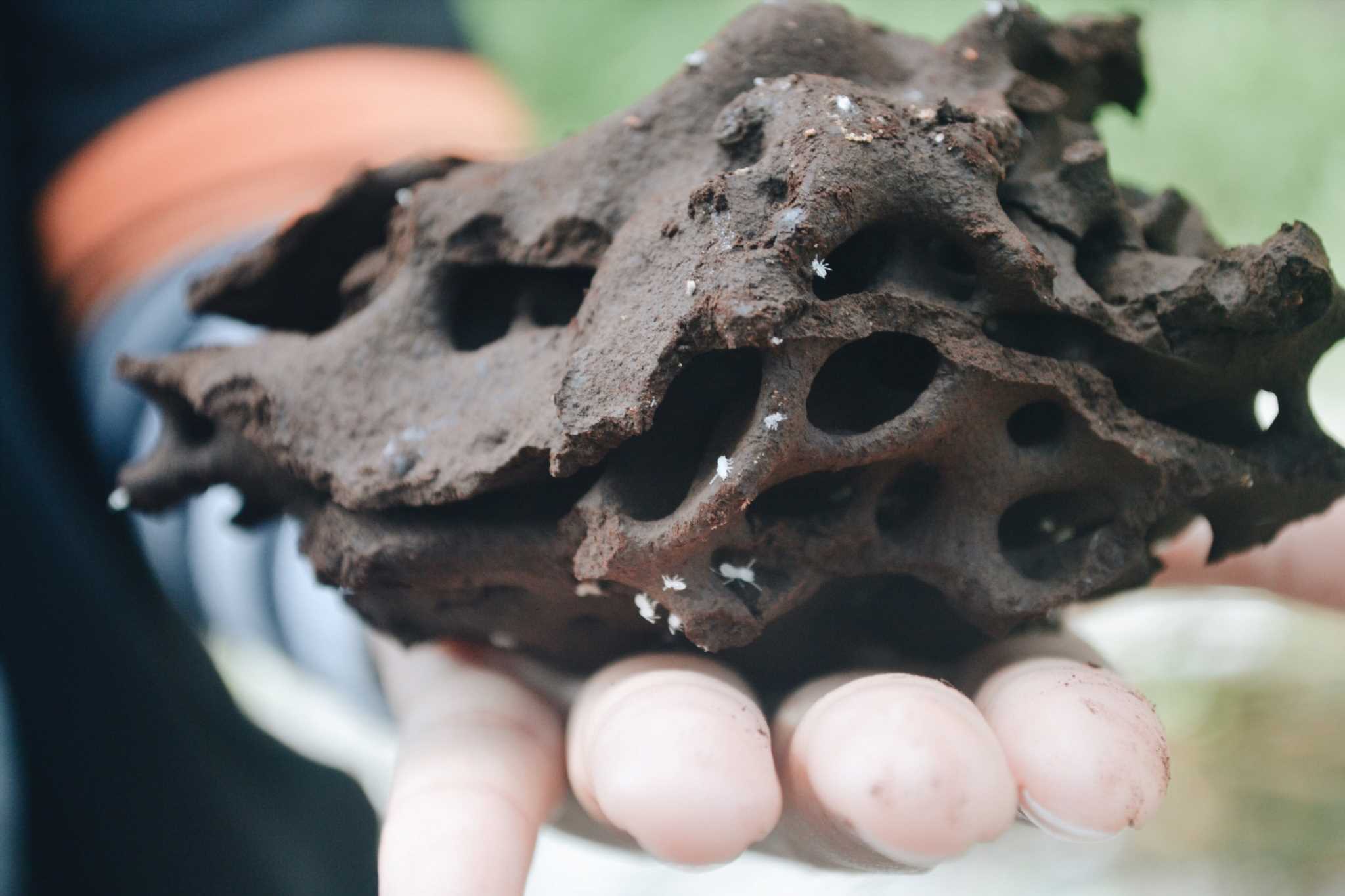 In towns and cities around the world, architects are constantly trying to design and develop buildings that are visually pleasing, energy efficient and long lasting. Their ideas are informed by an almost limitless range of factors, from budgetary and engineering constraints to historical and aesthetic concerns.

Perhaps surprisingly, however, the natural world can also be a direct source of inspiration.

Anders Nyquist's re-design of a school in Timrå, Sweden, for instance, was inspired by termites.

"It's a biomimicry idea," Nyquist, who has been working as an architect since 1962, told CNBC's Sustainable Energy.

"The termite nest is a sun collector … When the sun is shining on the tower, the nest, you heat up the whole nest."

Nyquist also explained that termites dug networks of underground canals into their nest, which cooled incoming air. This helped inspire his 1995 design for the Laggarberg School in Sweden.

An air inlet was built away from the main body of the building, with the school's basement acting as a "supply air canal."

Above ground, other sustainable features of the school include brick walls that can absorb heat, plants that are used to clean the air, and windows that provide ventilation during warm weather.

"When the sun is shining on the roof, the air will go slowly up to the chimneys on top of the building, and these chimneys are connected to the ventilation system from the classroom," Nyquist said.

The school wasn't the first time Nyquist designed a project with sustainable principles in mind.

In the 1960s, he started work on a development near the Swedish city of Sundsvall.

"We bought 18 hectares of land and planned a village," he told CNBC. The focus of the scheme was sustainability, self-sufficiency and the environment. Features include the village having its own water supply as well as a small-scale waste water treatment scheme.

"You can't get a change until you have good examples," Nyquist went on to state. "My little village here is just a good example, and Laggarberg School is also a good example that you can be inspired (by)."

The power of biomimicry

Alessandro Bianciardi is an environmental engineer and co-founder of a start-up called Planet, which focuses on "biologically-inspired design for sustainable innovation."

Speaking to CNBC, he said biomimicry could help us to develop products that were more efficient.

"Not only products themselves, but the way we produce them and the way, also, we dispose or we reuse or we upcycle them," he said.

"We have, for example, smart systems to manage factories which (have) copied algorithms from swarm intelligence, so the same intelligence that is used by ants and bees."

Bianciardi went on to note that biomimicry could also help improve renewable energy technologies, giving the example of a more efficient wind turbine which emulates the fins of whales.