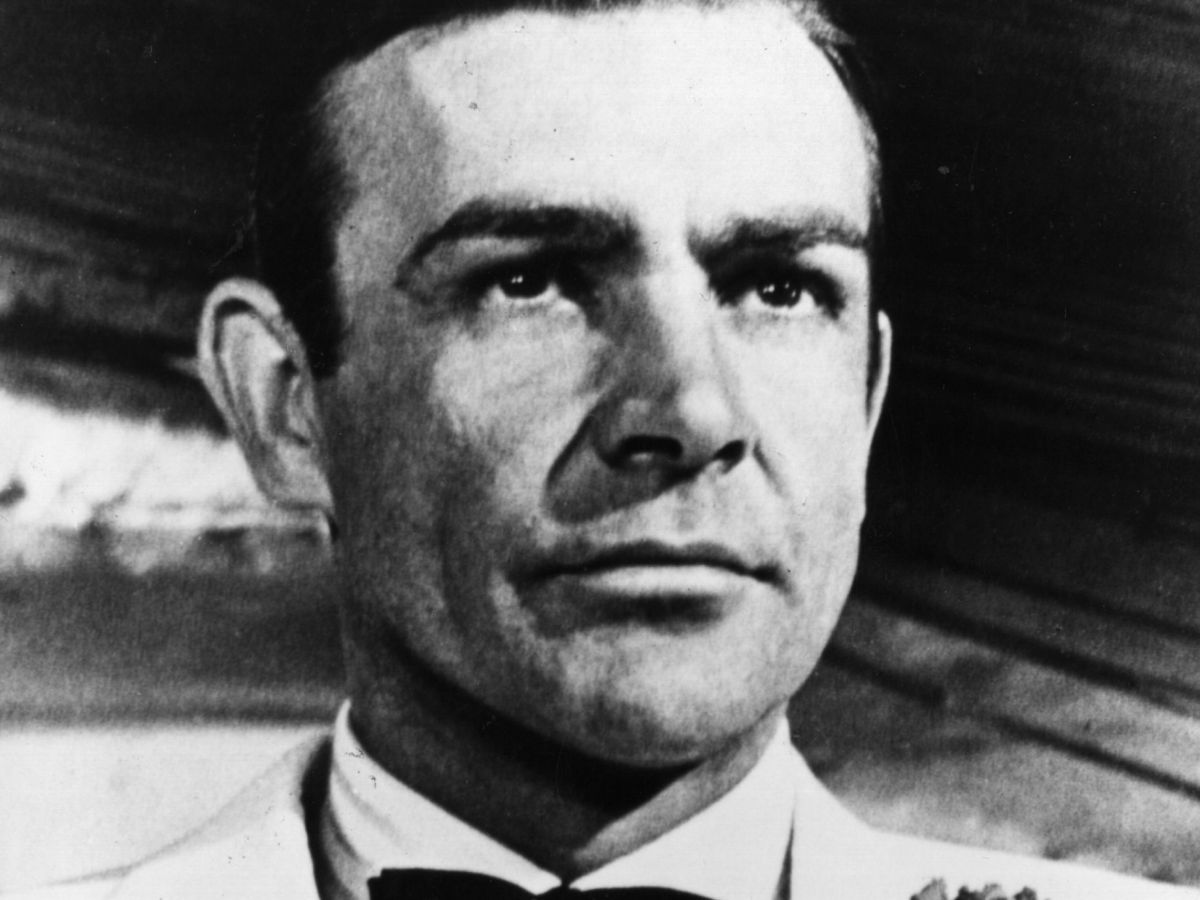 Sean Connery, the Scottish-born actor who was the first to utter the famous movie line, “the name’s Bond, James Bond,” has died. He was 90.

His death was confirmed by his family, the BBC reported.

Though he made more than 60 films, winning an Academy Award for his supporting role as an incorruptible lawman on the trail of Al Capone in “The Untouchables” (1987), Connery was most closely affiliated with the debonair fictional British spy he portrayed seven times.

“Connery was always my favorite Bond, and I’d be lying if I said I didn’t feel the pressure to measure up to him,” Pierce Brosnan said in an interview with Cinefantastique magazine in 1995, the year he took over the Bond role.

Brosnan, George Lazenby, Roger Moore, Timothy Dalton and Daniel Craig also played Bond on the big screen, none capturing the same following as Connery. In a 2012 poll by the NPR news organization, Connery was voted the best Bond actor, with 56% of the votes. Craig came in second, with 28%.

People magazine named Connery its sexiest man alive for 1989. In 1997, the magazine hailed him for remaining “a man’s man of action who still leaves women as shaken as any of Bond’s martinis.”

Peter Rainer, a former Bloomberg News critic, in 2006 called Connery “the rare example of a performer who became a versatile actor after being identified with a famous role.”

In addition to Connery’s Oscar-winning performance, Rainer cited his roles as a sadistic London police detective in Sidney Lumet’s “The Offence,” a British soldier in “The Man Who Would Be King” and a dashing thief in Michael Crichton’s “The Great Train Robbery,” all released in the 1970s.

He played the estranged father of Harrison Ford’s swashbuckling archaeologist in “Indiana Jones and the Last Crusade” (1989), the mutinous commanding officer of a Soviet submarine in “The Hunt for Red October” (1990), King Arthur in “First Knight” (1995) and a reclusive white writer who mentors a talented Black teenager in “Finding Forrester” (2000). His last featured role in a film was “The League of Extraordinary Gentlemen” (2003).

Connery told the U.K. Daily Record in August 2010, as he turned 80, that “From Russia With Love” was his favorite Bond movie. “The story was intriguing, and the locations were intriguing,” he said. “It was an international movie in every sense of the word.”

The U.K. Guardian reported in 2004 that, when asked if he would ever escape his identification with Bond, Connery replied, “Not yet. It’s with me ‘til I go in the box.”

Thomas Sean Connery was born on Aug. 25, 1930, in the working-class Fountainbridge district of western Edinburgh. The elder of two boys, he first slept in a drawer in a traditional tight Scottish apartment called a tenement. His home was demolished decades ago, though there’s a plaque with his name on it at a new housing development there.

Connery left school at 14 and began working a range of jobs including bricklayer, lifeguard and coffin polisher. At 16, he joined the Royal Navy for three years before a stomach ulcer prompted his return to civilian life in Edinburgh.

At 19, he posed as a model at the Edinburgh Art School. Bodybuilding and a shot at the Mr. Universe title — he came in third — ultimately led to a career in acting. He turned down a trial with English soccer club Manchester United.

Connery spent much of the 1950s modeling, playing bit theatrical parts and making the odd chorus appearance. Then in 1958, he won his first significant film role, playing opposite Lana Turner in “Another Time, Another Place” as a war correspondent who falls in love with a female American journalist.

He stuck with acting until he won the role that made him a household name.

Fleming, as author of the Bond novels, reserved the right to approve the actor who would play the character on film, and he wanted that to be Cary Grant, according to a 1989 Los Angeles Times article. The team making the Bond films, led by producer Albert Broccoli, couldn’t afford such a big star.

Broccoli was intrigued by Connery’s performance in the Walt Disney Productions film “Darby O’Gill and the Little People” (1959). After Broccoli’s wife, Dana, told him that Connery “has sex appeal,” he insisted on casting him as Bond.

Connery’s role as Jim Malone, a street tough Chicago cop who helps Eliot Ness track down mobster Al Capone in “The Untouchables,” won him a Golden Globe Award as well as his Oscar.

In 2000, Connery was knighted by Queen Elizabeth II after a delay that he attributed to his ardent support of Scottish independence from the U.K. One of two tattoos he got after joining the Navy said “Scotland Forever.”

Politics in Scotland became more important in Connery’s life as he got older. In 1995, he deposited 750,000 pounds ($853,700) in a Bank of Scotland account with the plan to donate the monthly interest to the Scottish National Party, he told the Herald newspaper in 2003.

Connery, however, was reluctant to delve deeper into politics.

“I’m too naive to be a politician,” he told the Glasgow, Scotland-based Herald when interviewed at his home in the Bahamas. “Politicians don’t have enough dream in them. I actually believe that things can be done.”

Connery married French-born artist Micheline Roquebrune in 1975. With his first wife, Diane Cilento, he had a son, Jason Connery.

— With assistance by Laurence Arnold