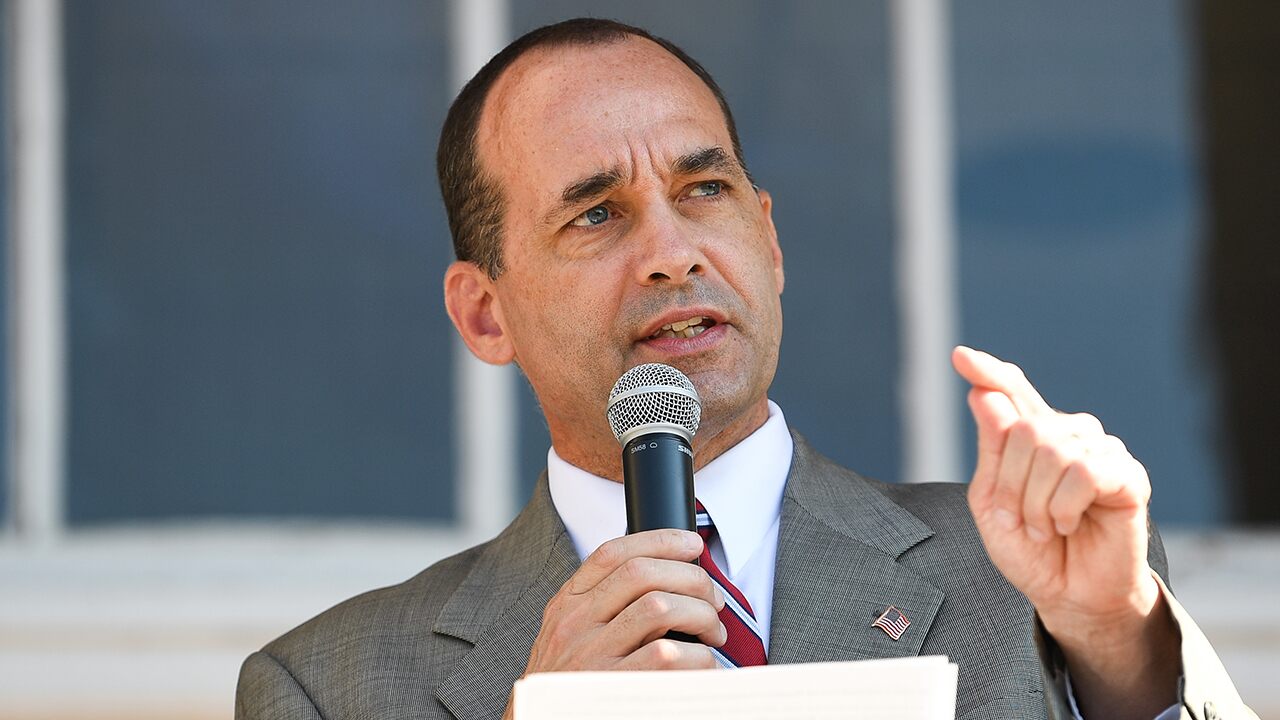 Bob Good, a Republican House candidate from Virginia who ousted his district’s incumbent GOP congressman at a party convention over the summer, is sticking to his guns in a close general election campaign.

“The positions that my campaign represents are aligned with the values of the voters in the 5th District,” he said. 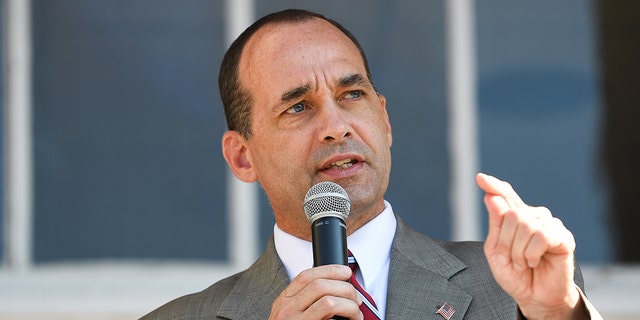 Running a tightly contested race against Democratic nominee Dr. Cameron Webb in Virginia’s 5th Congressional District, Good said he hopes his record of hard work, values and consistency will resonate with voters – even those who might have different views.

“Yes the district leans conservative, but you’ve got folks from all spectrums,” Good said. “I think people respect that I’m a person of conviction, a person of principle…everyone’s not gonna agree with you on every single issue.”

The sprawling district spreads nearly all the way from the North Carolina border to the suburbs of Washington, covering more ground than the state of New Jersey, and although it has traditionally been represented by a Republican, both campaigns see it as a close contest.

The last time it had a Democratic congressman was in 2008, when Tom Perriello unseated former GOP Rep. Virgil Goode in a narrow upset. Republicans regained the seat two years later.

Good ousted the district’s incumbent GOP Rep. Denver Riggleman at the party convention over the summer. Riggleman, a member of the House Freedom Caucus who had been endorsed by President Trump, may have upset some Republicans in the district last summer after officiating the wedding of two male campaign aides.

Before running for Congress, Good had careers in banking and as an athletics administrator for Liberty University, his alma mater, where he raised millions of dollars for the Flames Club. He also served a four-year term on the Campbell County Board of Supervisors, where he said he helped raise the sheriff’s department budget by 17 percent.

Although Liberty University itself sits just outside the congressional district, its broader community sprawls across the line and is deeply interconnected with the 5th District, Good said.

“My campaign has received overwhelming support and encouragement from members of the Liberty community and like-minded people throughout this part of the district who share the conservative values,” he said.

He said that as the Democratic Party moves further left with the likes of Rep. Alexandria Ocasio-Cortez, Sens. Bernie Sanders, Kamala Harris and the Democratic vice presidential nominee Kamala Harris, he would aim to “draw that contrast between the competing visions for our country.”

“I think people realize that it really is the most important election of our lifetime, and the choices could not be more clear,” Good said.

He argued that his Democratic opponent would support left-wing calls to defund police and “taxpayer-funded abortion anytime, anywhere.”

Webb disputed those characterizations, saying that as the son of a law enforcement officer, he would support increasing police salaries and funding for funding social services. On abortion, he argued that lawmakers should not have control over the issue.

“I believe that those are decisions best made between a woman, her doctor, and her faith,” Webb said. “And, of course, I support reasonable limitations as have been upheld under Roe v. Wade.”

He also pledged to put the district's voters above party affiliation and noted that he served in White House advisory roles for both the Obama and Trump administrations.

Good has received endorsements from a slew of high-profile Republicans, including the president, and conservative leaders like Sens. Ted Cruz and Tom Cotton, and Reps. Jim Jordan and Louie Gohmert.

“They see him as a Freedom Caucus guy,” Good’s campaign manager Nancy Smith told Fox News earlier in the week. “He would very much fit in that mold.”

On his support for President Trump, he pointed to the booming pre-COVID economy.

“I believe very much in the president’s economic policies that have given us the greatest economy of my lifetime, record low unemployment, millions moved off poverty, food stamps, wage growth that we haven’t seen in decades,” he said. “And energy independence I think is a big one too… $2 gas prices instead of the $4 gas prices that we had in the previous administration.”