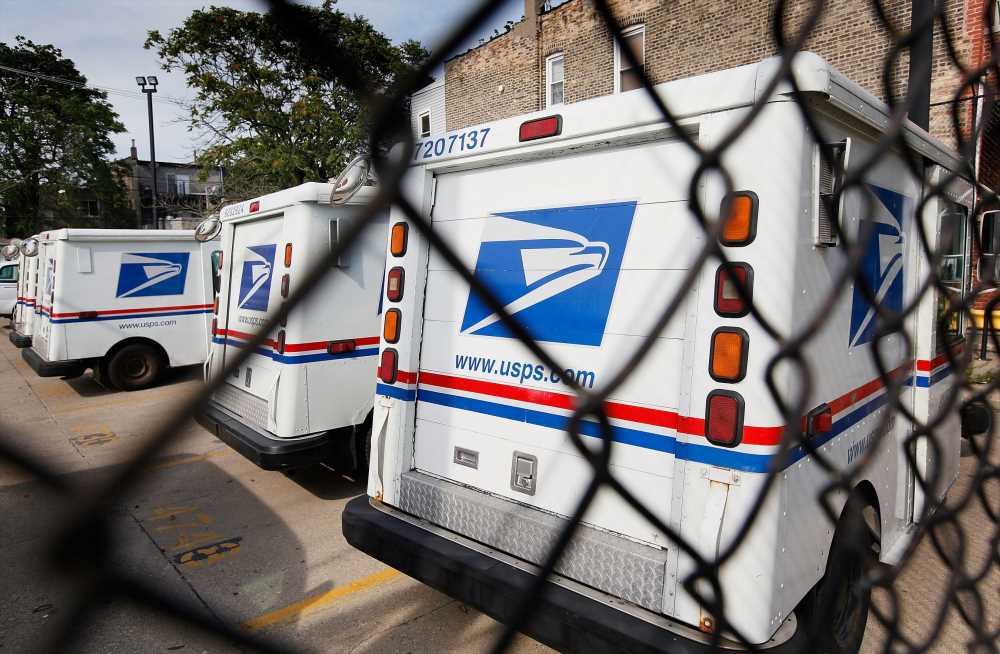 In the middle of Election Day, a judge ordered the U.S. Postal Service to double-check more than a dozen of its facilities for unprocessed mail-in ballots and immediately deliver them.

District Judge Emmet G. Sullivan issued the order on Tuesday, calling for the USPS to "send Postal Service inspectors or their designees, to processing facilities … and direct them to sweep the facilities between 12:30 p.m. EST and 3:00 p.m. EST to ensure that no ballots have been held up and that any identified ballots are immediately sent out for delivery."

Due to the ongoing coronavirus pandemic, mail-in voting has been the go-to option for millions of Americans, with early voting shattering records across the country even before Election Day.

According to The New York Times, the USPS estimated, in data filed in court Tuesday, that about 300,000 mail-in ballots had not been scanned or confirmed for delivery to vote-counting locations. Voting rights groups and the NAACP sued the USPS to expedite the mail delays, especially in key swing states. The expediency of the order was in response to some states requiring ballots to be processed by the time polls close on Tuesday. However, Justice Department attorneys representing the USPS said the agency would not abide by the judge's order.

"Given the time constraints set by this Court’s order, and the fact that Postal Inspectors operate on a nationwide basis, Defendants were unable to accelerate the daily review process to run from 12:30 pm to 3:00 pm without significantly disrupting preexisting activities on the day of the Election, something which Defendants did not understand the Court to invite or require," attorney John Robinson said in a statement on behalf of the Justice Department, according to the Washington Post.

In response, Sullivan wrote in a subsequent order that "Postal Inspectors are/will be on site at each processing plant between 4:00 p.m. and 8:00 p.m. local time today to conduct the 'daily review process' designed 'to ensure compliance at the critical period before the polls close.' "

The apparent lack of compliance with the court's order is set to be discussed at a status conference scheduled on Wednesday.

The judge's orders come after months of tumultuous changes within the Postal Service under Postmaster General Louis DeJoy leading up to the election, sparking public concerns about voter suppression, including President Donald Trump's various attacks on mail-in voting.

In addition to falsely claiming that mail-in voting will lead to fraudulent results, Trump, 74, has previously claimed that the USPS doesn't have the wherewithal to accommodate the surge in mail-in voting heading into the election.

USPS had denied the claim that they will not be able to accommodate the increased volume of mail. "The Postal Service has ample capacity to adjust our nationwide processing and delivery network to meet projected Election and Political Mail volume, including any additional volume that may result as a response to the COVID-19 pandemic," the USPS told CNN in August.

According to data compiled by the U.S. Elections Project, more than 65 million mail-in ballots have been cast — this despite Trump’s slew of false statements about voting by mail.

In some states, however, the legislatures and the courts continue to wrangle over where and when to stop accepting and counting mail ballots, with the dates varying by state. Voting proponents say such restrictions are anti-democratic, though critics of expanded mail balloting argue it could create problems, even though experts say widespread mail fraud is not an issue.