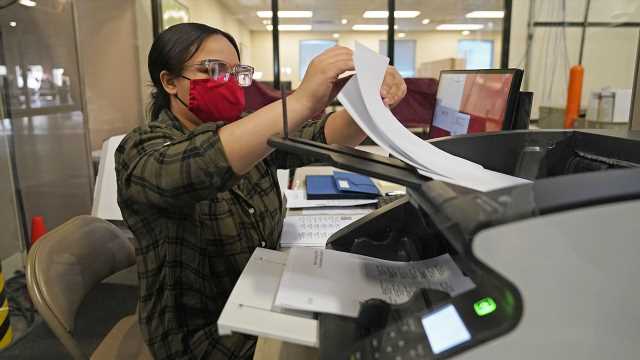 Sleeplessness was a common side effect to the political intrigue that played out in the presidential race on Election Night, according to an analysis by health and fitness wearable tech firm Oura Ring.

Americans lost an estimated cumulative total of 138,833,045 hours of sleep on the evening of Nov. 3, Oura reported after analyzing an “aggregated and anonymized dataset from tens of thousands of users from across the United States.” The average citizen lost out on roughly 25 minutes of sleep.

The average resting heart rate of wearers increased by 1.4 beats per minute as Americans watched voting results for their preferred candidate trickle in after the polls closed. Oura noted a 15% increase in the “Stress” tag and a 9% increase in the “Anxiety” tag within its app.

Americans also saw the restfulness of their sleep plummet on election night compared to previous days. On a “sleep score” scale from 0 to 100, with 100 being the most restful, the average score dropped from above 80 last Sunday to below 77 on the night of the election.

Restful sleep may be hard to come by over the next several days. Final vote tallies still have yet to be determined in a number of key battleground states, including Nevada, Georgia and Pennsylvania.