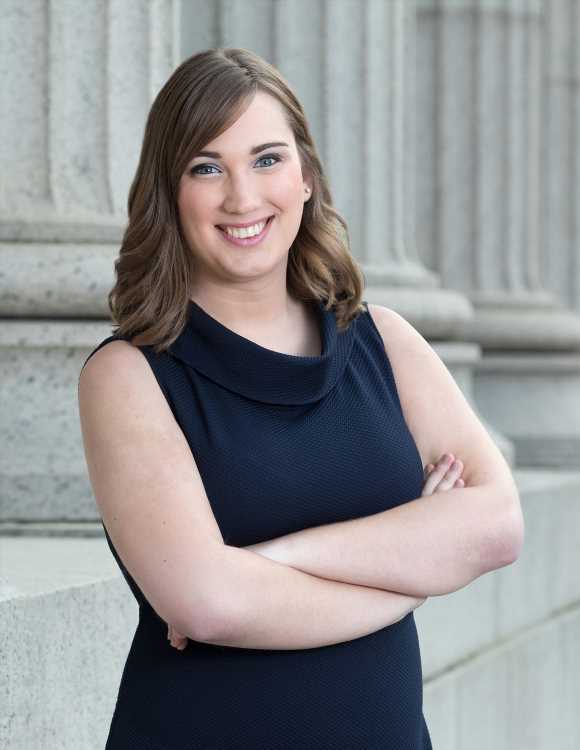 Though the winner of the presidential election has not been called while ballots continue to be tallied in several states, a new wave of leaders has officially been elected into Congress. 2020 has proven to be a challenging year, as the nation grapples with an ongoing global pandemic, a battered economy and a powerful racial reckoning, and these new elected officials represent change on all sides of the political spectrum. Delaware's Sarah McBride has become the first openly transgender State Senator. Once she is sworn in, she will be the nation's highest ranking transgender elected official. McBride beat out her Republican opponent, Steve Washington, by earning 84 percent of the votes in her district.

“Sarah’s overwhelming victory is a powerful testament to the growing influence of transgender leaders in our politics and gives hope to countless trans people looking toward a brighter future," Annise Parker, the president and chief executive of the L.G.B.T.Q. Victory Fund, said in a statement. Bush has become the first Black congresswoman from the state of Missouri. The former nurse and pastor had never planned to be in politics, but turned to activism after police killed Michael Brown in Ferguson, Missouri in 2014. Determined to make a change, Bush decided to run for office and defeated longtime representative William Lacy Clay in Missouri's Democratic primary in August. Bush's victory signified that Missouri voters were prepared to embrace progressive candidates in the vein of Alexandria Ocasio-Cortez and Ayanna Pressley.

"I will be the first woman to represent Missouri’s First District in its 173 year history," she tweeted the night of her victory. "We’ve seen a 74% increase in women voters here since 2016. Representation matters. A system that works for everyone matters."

"To all the counted outs, the forgotten abouts, the marginalized, and the pushed asides. This is our moment," she added. "We came together to end a 52-year family dynasty. That's how we build the political revolution."

"The Bronx is my home, it is what made me who I am, and it is what I will fight for in Congress," he tweeted. "I thank the voters of the South Bronx from the bottom of my heart for the trust they put in me to represent them." Madison Cawthorn has become the youngest sitting member of Congress (and the youngest to be elected in more than 50 years) after winning his House race in North Carolina. The 25-year-old Republican defeated his 62-year-old Democratic opponent, Moe Davis, to win the state’s 11th district seat (vacated by former Rep. Mark Meadows, currently serving as Trump's chief of staff).

Cawthorn, who has used a wheelchair since being paralyzed in a car crash when he was 18, won Tuesday’s race despite ongoing controversy about his divisive rhetoric, sexual assault allegations and racist language.

But his victory empowered him to continue his approach: Then newly-elected congressman's first social media statement after the AP called his win was “Cry more, lib."