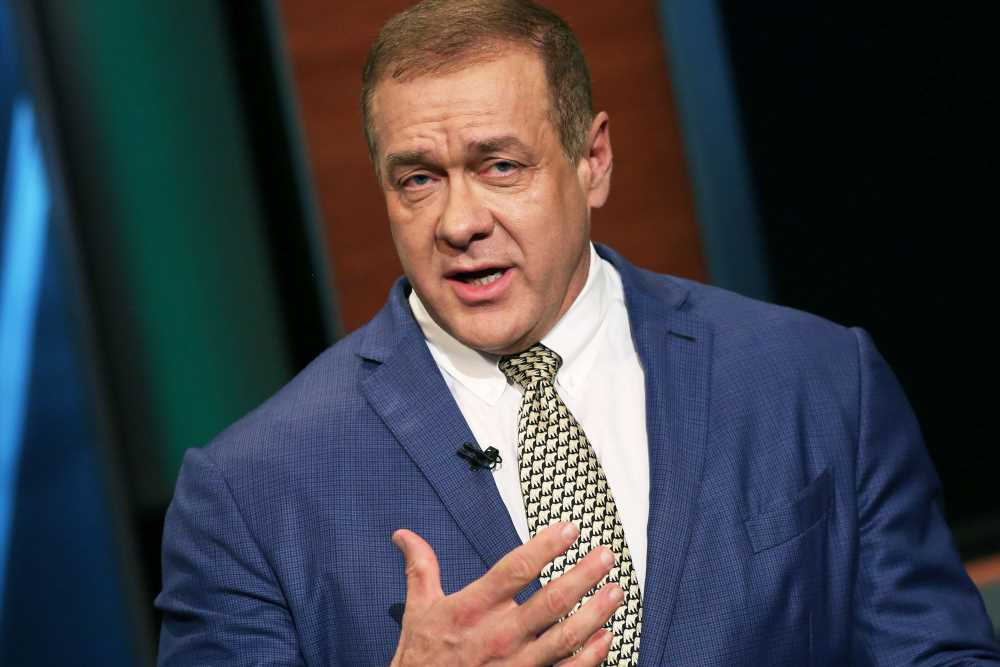 "I was always of the opinion, regardless of the outcome, short of getting anarchy in the street, that this would be good for stocks," the firm's global chief investment officer said on "Closing Bell." "I honestly believe a blue wave would be better, but I think even if Trump were to be president, that people would say, 'Hey, we're not getting any big tax increases and we have a green light as long as the economy stays on track.'"

Minerd's comments came as the major U.S. stock indexes rose while investors digested the uncertain Election Day results. The Dow Jones Industrial Average rose by 367 points, or 1.3%, while the benchmark S&P 500 advanced by 2.2%. The tech-heavy Nasdaq outperformed, jumping by nearly 4%.

While NBC News has not made a projection about the balance of power in the Senate, some market watchers believe the stock gains were spurred by a belief that Republicans would maintain their majority, thereby standing in the way of a potential Biden administration's desire to raise corporate and capital gains taxes. Both policy changes are generally considered to be a headwind for equity valuations.

Minerd expressed concerns about the rising number of coronavirus cases and the risk to the economy's recovery. "The rate of new Covid cases has gone exponential," he said.

"I think we are still in for a pretty severe period of infection coming through the fourth quarter and into the first. That obliviously is going to create a lot of noise in the economy, but it is going to put more pressure on stimulus and the Republicans in the Senate to compromise on providing even more stimulus," Minerd said. Republicans have favored a smaller stimulus deal than Democrats.

Earlier Wednesday, Senate Majority Leader Mitch McConnell, R-Ky., said he hopes to approve another pandemic relief package "before the end of the year." He added, "I think that's job one when we get back. Hopefully we get a more cooperative situation than we've had" now that Election Day has passed.

Minerd said it is important for investors to see beyond the near-term uncertainties as they consider how to position their portfolios. "At the end of the day, if you can clear smoke in the next months and look through what's going on in the next six months, as an investor, I think you have to be fairly positive for all risk assets, whether it's … high-yield bonds, corporate bonds and also for stocks," he said.