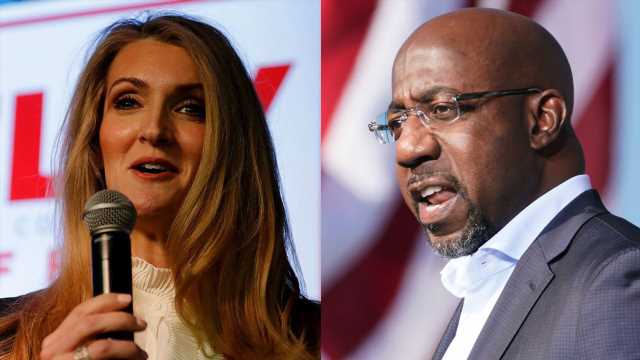 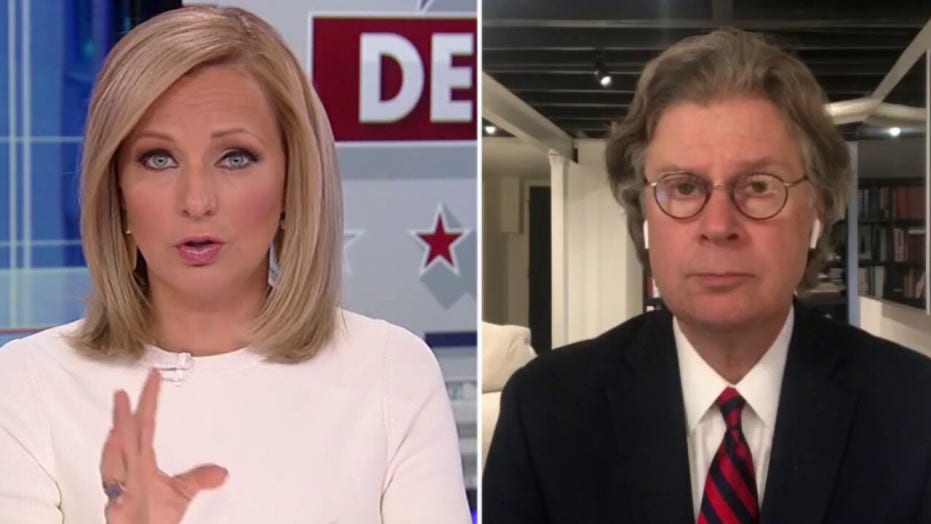 Byron York discusses pathways to victory for both candidates as several states remain too close to call.

We may not know until January – when it appears control of both of Georgia’s Republican-held Senate seats will be decided in runoff elections – but it looks likely that the GOP will hold onto its majority in the Senate.

Considering how bleak the situation looked for Senate Republicans just a few weeks ago, the turnaround is remarkable.

“Democrats had all the money, all the positive publicity anybody would want, but in the end they didn’t have the thing that matters – they didn’t have all the votes," John Ashbrook, a Republican strategist close to Senate Majority Leader Mitch McConnell, told Fox News.

Ashbrook and other Republicans involved in the GOP effort to keep control of the chamber say a last-minute infusion of money, the quality of the GOP candidates, President Trump’s strong showing in some red and purple states where Republican incumbents were facing serious Democratic challenges, and unreasonable expectations by Democrats all fueled a resurgence that’s put them on the brink of keeping control of the chamber.

The Republicans faced a difficult map heading into the 2020 cycle. The GOP controls the Senate, 53-47, but was defending 23 of the 35 seats up for grabs. And Republicans were also defending eight of the top 10 competitive races that appeared to have a solid chance of flipping.

GOP incumbents were facing a massive fundraising deficit, thanks to a green tsunami by Democratic challengers that had been building all year. To make matters worse, Trump, briefly sidetracked from the campaign trail after contracting COVID-19, appeared to be faltering, and there was a surge in new coronavirus cases.

In South Carolina, Democratic Senate nominee Jaime Harrison was shattering fundraising records as he hauled in eye-popping campaign cash figures as he aimed to take out longtime Sen. Lindsey Graham, the chairman of the Senate Judiciary Committee. “I'm being killed financially. This money is 'cause they hate my guts,” Graham lamented in a September interview on  “Fox and Friends.”

Besides Graham, Republican Sens. Cory Gardner of Colorado, Martha McSally of Arizona, Susan Collins of Maine, Joni Ernst of Iowa, Dan Sullivan of Alaska, Steve Daines of Montana, Thom Tillis of North Carolina and David Perdue and Kelly Loeffler of Georgia all faced difficult paths to reelection. Democrats were even gaining confidence that they could possibly knock off Sen. John Cornyn of Texas and even McConnell in Kentucky. 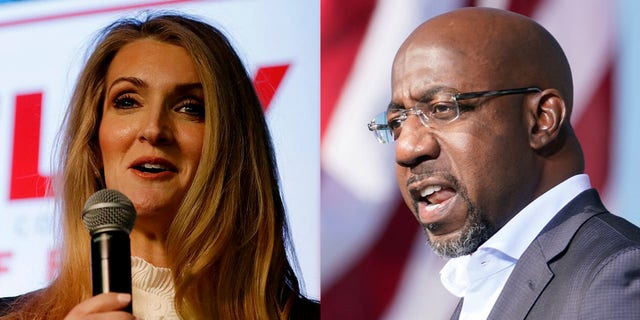 Kelly Loeffler, a Republican, and Raphael Warnock, a Democrat, have advanced to a runoff election for Georgia’s senate.

Republican hopes to flip blue seats red were limited to Sen. Doug Jones in Alabama and Gary Peters in Michigan.

“Money’s not necessarily determinative in every race, but it’s hard to imagine a worse scenario for Republicans to find themselves in than the one currently in front of them,” a GOP official bluntly said a month ago.

But hopes of a blue wave were decimated this week. While Gardner and McSally went down to defeat, Graham, Collins, Ernst and Daines all survived. Sullivan is far ahead of his Democratic challenger in Alaska, with only half the votes counted. Tillis has a nearly 100,000-vote lead in North Carolina, with 93% reporting as of Friday morning. His Democratic challenger, Cal Cunningham, was politically wounded after admitting to an extramarital affair. McConnell and Cornyn ended up winning by double digits. For the Democrats, while Jones was trounced in Alabama, Peters hung on in Michigan.

In Georgia, where state law dictates a runoff if no candidate reaches 50% of the vote, the special election is headed to a January showdown between Loeffler and Democrat Raphael Warnock. They’re still counting votes in Georgia, where Perdue leads Democratic nominee Jon Ossoff by nearly 100,000 votes. But the GOP incumbent’s just shy of reaching 50%, making a runoff likely. 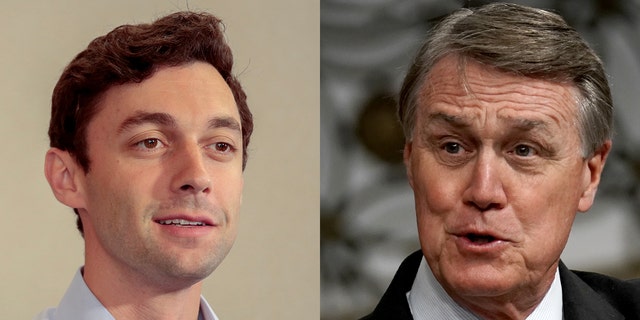 Jon Ossoff, a Democrat, and David Perdue, a Republican

The current balance of power is 48-48. If Republicans end up holding on in Alaska and North Carolina, they’ll have a 50-48 advantage in the Senate. That means the Democrats' slim hopes of capturing the chamber would come down to Georgia’s two likely runoff elections. If they win both, it’s a 50-50 Senate. And if Democratic nominee Joe Biden defeats Trump, his running mate, Sen. Kamala Harris, would become vice president and would be the tie-breaking vote in the Senate, giving the Democrats the razor-thin majority in the chamber.

That’s the worst-case scenario for the GOP. And it’s a lot better than where it stood a month ago. So how did the Republicans avert catastrophe in the battle for the Senate?

One reason was a last-minute surge in campaign cash, with some of it coming from the McConnell-aligned Senate Leadership Fund, the top outside group backing GOP incumbents and candidates.

Steven Law, the group’s president, told Fox News the “Senate Leadership Fund broke all previous records to put $275 million into defending our Senate majority. We successfully pushed back an armada of liberal groups and ActBlue millions.”

And looking ahead to the upcoming runoffs, he added “we’re ready to do it again in Georgia.”

Jesse Hunt, the communications director for the National Republican Senatorial Committee, the reelection arm of the Senate GOP, emphasized “what outside groups were able to do to help cut into the Democratic candidates spending advantage was very decisive. It certainly helped down the homestretch.”

Republicans also question whether the Democrats spent their money wisely.

“Look at the tale of the tape. They spent over $200 million in Kentucky and South Carolina. I’m sure that some of their candidates in more competitive races would have liked a cut of that money,” Ashbrook said.

But Ashbrook said it was more than just the money, it was the message.

“The reality is, the arrogance from Democrats in the expectation that they would just roll to victory was always outstripped their ability to beat us head to head in a lot of these Senate races, and their candidates actually weren’t all that exciting,” he argued. “They raised a lot of money but they didn’t have a message that voters in these states were interested in.”

Hunt said the push by Democrats to have more debates late in the game backfired on them. “During the final weeks some of these debates were really important,” he noted. “If their candidates were viewed next to our candidates, our candidates would always win. We felt we had an advantage there on the candidate level and we wanted to press that advantage.”

Also helping: the president’s strong showing in red states where Democrats were hoping to knock off GOP incumbents. While the surge in Trump supporters may not be enough to help the president stay in the White House, it may have helped Republicans keep control of the Senate.

“A rising tide lifts all boats, that’s why it’s important for Republicans to work together in competitive elections,” Hunt said.

If the Republicans do keep their majority, they’ll have another fistfight on their hands in two years when they’ll likely be defending 22 of the 34 Senate seats up for grabs in 2022.