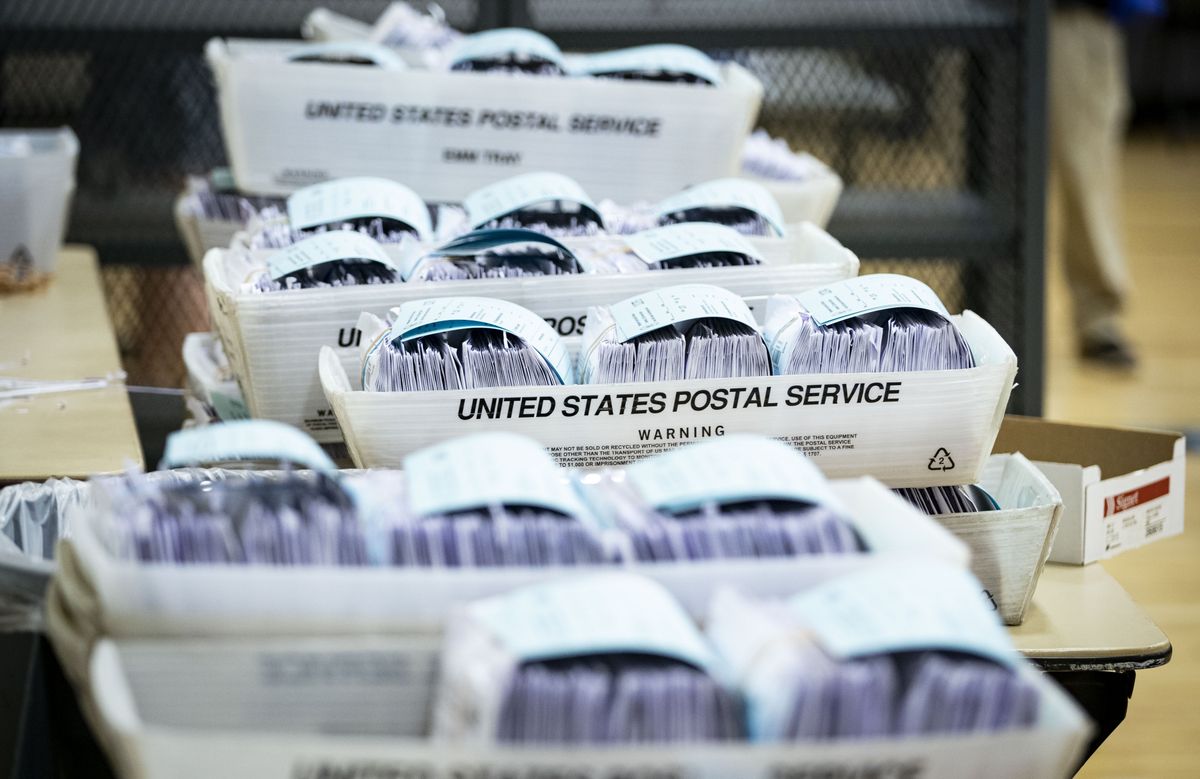 The U.S. Postal Service on Thursday told a judge that a review of processing data revealed roughly 4,250 mail-in ballots in Pennsylvania and North Carolina may have gone missing.

It’s possible the ballots were delivered, but that workers skipped a final envelope-scan procedure to speed delivery under a court-ordered rush, the USPS told U.S. District Judge Emmet Sullivan in Washington.

The data, which Sullivan ordered to be filed in a suit brought by the NAACP Legal Defense Fund, showed an estimated 150,000 mail-in ballots were delivered to election officials across the country on Nov. 4 — a day after the election and potentially too late to count in some states.

But the data didn’t show when those ballots were mailed by voters, meaning it’s possible they were mailed too late to realistically arrive on time. The data also didn’t show how many of the ballots were ultimately counted, given that nearly two dozen states extended the deadline for accepting ballots postmarked by Nov. 3.

“The Postal Service is required by law to deliver all mail that is deposited in our system,” USPS spokesman David Partenheimer said in an emailed statement. “More than 97% of the ballots in question were delivered on-time pursuant to our service standards.”

The number of ballots that weren’t counted because they arrived late isn’t yet known, and may never be determined.

The number illustrates why so many states pushed to extend the deadline for accepting mail-in ballots that were postmarked by Nov. 3, and undercuts claims by President Donald Trump that any ballots that arrive after the election are fraudulent.

Samuel Spital, a lawyer for the plaintiffs, said the 150,000 figure can be misleading because there’s no way yet to know how much of that mail was actually delivered late. Even so, he said, Sullivan has correctly pushed the USPS to reveal the consequences of operational changes that hobbled the agency just before a heavily mail-dependent election.

“Any ballot that isn’t counted because of a delay in the mail is a voice that is not heard in our democracy, and that is not acceptable,” Spital said in an interview after the hearing. “The goal of the NAACP and the goal, I think, of the lawyers has been to ensure that we’re doing everything possible to make sure all ballots are counted and none are left behind.”

The case is one of several that were filed to challenge USPS operational changes, such as vast restrictions on overtime and late delivery trips, and the dismantling of hundreds of high-speed mail-sorting machines. A judge in one of the cases said it was “easy to conclude” the changes by Postmaster General Louis DeJoy, a longtime Republican donor, were intended to undermine confidence in the election.

The NAACP praised USPS workers despite the controversy.

“It’s important that American voters realize that the women and men of the USPS who are actually delivering the mail are extraordinary public servants and they have worked very hard under difficult conditions to make sure people’s voices are heard,” Spital said.