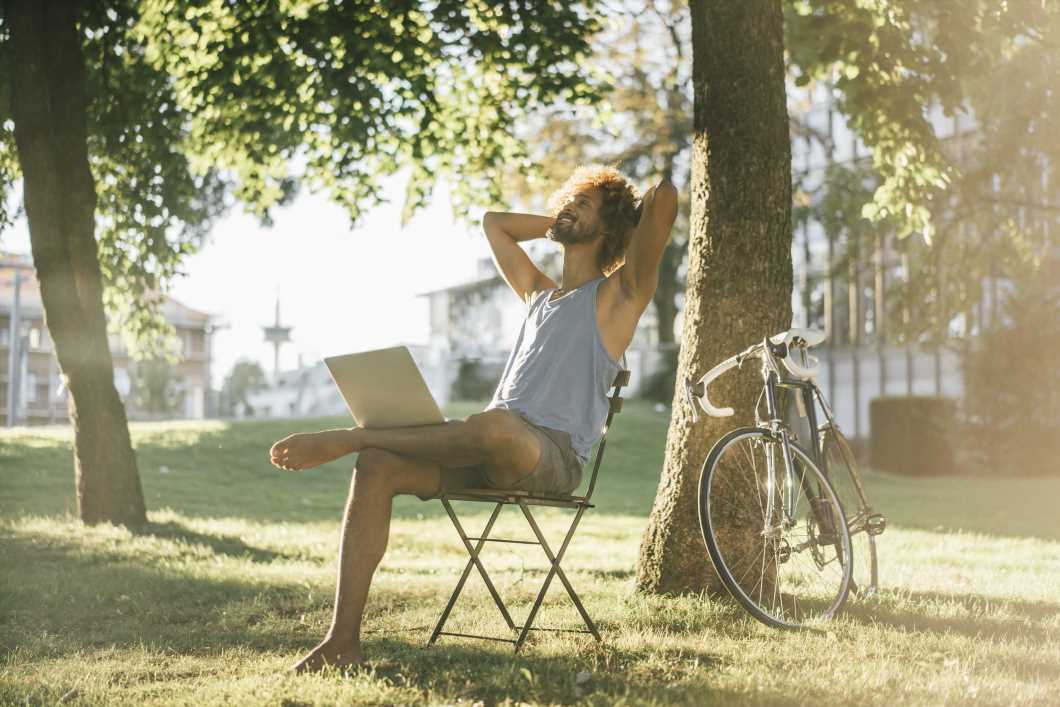 To adjust pay, or not to adjust pay? That is the question employers are asking as they rethink their compensation strategies in response to the new era of remote work.

Social media site, Reddit last week became the latest in a slew of tech companies to take a decisive stance on the issue, announcing that it would not cut the pay of its 600 U.S. employees regardless of where in the country they choose to live.

The call contrasts with those from Facebook and Twitter, which have said they will cut the pay of employees who choose to relocate away from their head offices in the pricey San Francisco Bay Area. Payments platform Stripe said it will offer employees $20,000 to help with moving costs but will then cut pay by 10%. Meanwhile, Software maker VMWare said it could reduce relocating staff salaries by up to 18%.

That has sparked debate about whether these moves will set a precedent for how salaries are determined going forward, and what that could mean for employees working in different industries and locations. CNBC Make It spoke to some experts to find out more.

"Covid-19 is a gamechanger for the workplace," said David Lewis, CEO of HR consultancy OperationsInc, a human resource consulting firm. "The ability to work from home is going to be … a huge competitive issue, and compensation is part of that."

The tech industry has long been recognized for its ability to attract top talent with generous pay packets and lavish benefits. But that could be changing as employers consider localizing pay according to where the staff is based.

That may be bad news for tech workers. In a recent survey of more than 2,000 tech professionals, more than half (53%) said that they would move to a lower-cost city if work-from-home policies became permanent, but the majority (56%) said they would not take a pay cut to do so.

However, it could be good news for leveling the field and broadening access to talent, according to the experts.

"Employers will benefit from a richer talent pool," said Orly Lobel, law professor at the University of San Diego and the author of "Talent wants to be free." "Now companies are realizing that with new technological capabilities and the right structures in place, they can recruit from anywhere without requiring geographic mobility."

The shift away from expensive tech hubs would open up new opportunities for previously underrepresented workers in the United States — such as women, minorities and older workers, who typically face greater hurdles in working in major cities, said Lobel. But it could also present more options for overseas workers, too.

Those changes may, in turn, prompt international firms to follow the U.S. in adopting localized pay rates across cities and regions. Such strategies will be most applicable for larger countries with similarly divergent living costs, according to HR consulting firm Mercer.

"In Asia, this may apply to China's or India's tiers in cities — as it will only impact larger countries with differentiated pay levels," said Godelieve Van Dooren, Mercer's regional industries and career products leader for Asia-Pacific.

Opportunities for employers and employees

International employers have yet to make such salary adjustment announcements, the experts noted. Indeed, in its latest salary report, Willis Towers Watson found that employers in Asia-Pacific are more likely to freeze salaries and bonuses this year. However, the changing landscape presents new challenges and opportunities for both employers and employees.

Companies will need to consider how their existing employment contracts view compensation changes and what restrictions they may face, according to Guillaume Vergnaud, managing director of consultancy firm New Horizons Global Partners. Those who deem it appropriate to adjust salaries should inform those affected as soon as possible and confirm any changes in writing — ideally with an updated employment contract, he said.

Meanwhile, employees will need to be aware of how any decision to relocate might impact their pay packet. Willis Towers Watson's Liew encouraged employees to be flexible and receptive to hybrid compensation packages that offer benefits beyond traditional remuneration, such as remote working allowances.

"As companies navigate through this crisis and the uncertainties ahead, it is critical to ensure that employees understand how their pay is determined and perceive that their pay is fair relative to their contribution," she said.

That flexibility could be important going forward, according to Julia Pollak, labor economist at jobs marketplace ZipRecruiter, who predicted that theoretically, lower living costs and fewer work-related expenses for remote workers could translate to wage stagnation going forward.

"Wage growth may slow in the coming years as a result of the shift to remote work because employees are saving large amounts of money on commuting, work attire and housing," said Pollak.

It is too soon to draw clear conclusions from the data, Pollak noted, but she said wages will also likely diverge within companies as workers with lower living costs "feel less pressure to raise their earnings and therefore exert less pressure on employers."

However, Liew from Willis Towers Watson said employees should remain optimistic about the opportunity for salary appreciation, noting that "performance and contribution" remain crucial determiners.

"Whether an employee works from home or office, or whether one works in the city or the suburb, organizations should strive to reward high performers based on their contributions, or risk losing these employees to the competitors who are more willing to pay," she said.