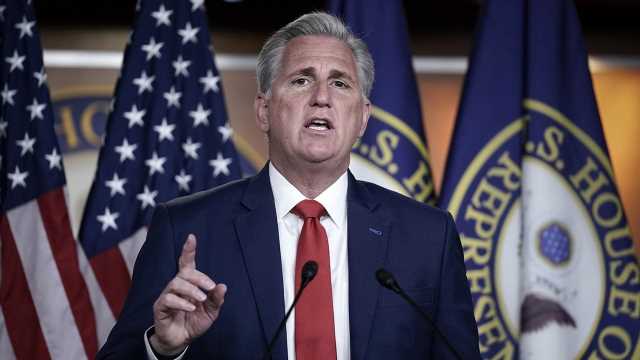 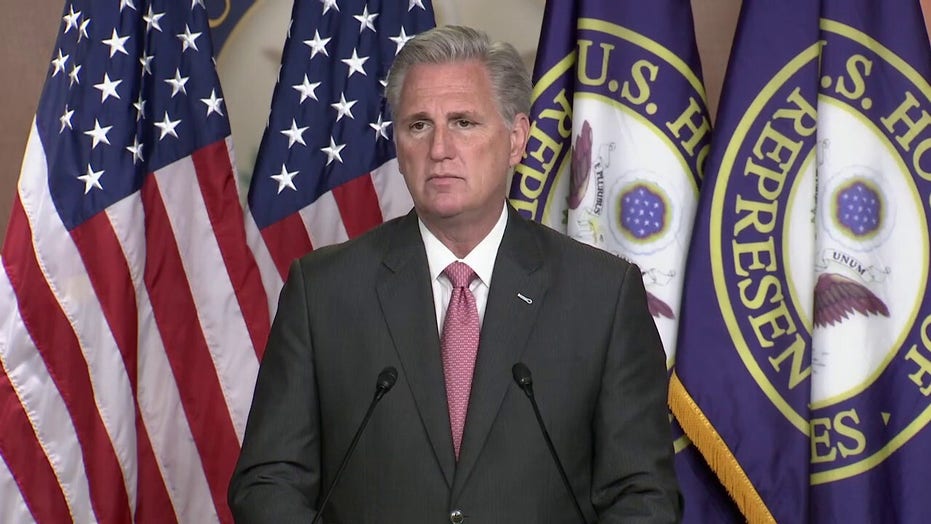 McCarthy says 2020 election ‘was a mandate against socialism’

The Big Idea is a series of Q&As with top lawmakers and figures.

House Republican Leader Kevin McCarthy said this week that the 2020 election was a “mandate against socialism,” touting Republican gains in the House of Representatives and arguing the results show the GOP is the “party of the American worker.”

McCarthy, of California, during a press conference on Thursday said Republicans’ “success is already threatening Democrats.”

“Instead of planning to work with us, they’re already plotting ways to silence the minority party’s voice in Congress,” McCarthy said. “We won’t let them silence us.”

“We are going to fight them, push back against Democrats’ radical policies, and will continue to put America first,” McCarthy said.

He added: “This election cycle has made one thing clear: The Republican Party is now the party of the American worker.”

McCarthy said “that is the actual mandate we had from the voters.”

Meanwhile, House Speaker Nancy Pelosi, D-Calif., last week said President-elect Joe Biden “has a strong mandate to lead, and he’ll have a strong Democratic House with him and many Democrats in the Senate.”

Pelosi added: “We did not win every battle in the House, but we did win the war.”

But McCarthy, Thursday, fired back, saying the election was a “mandate against socialism.”

He added: “While the Democrats praise socialism and advocated to defund the police, our members made a commitment to America, that they would restore our way of life, rebuild our economy, and renew the American Dream.”

“We are eager and ready to show up to work,” McCarthy said.

Republicans flipped at least nine seats formerly belonging to Democrats in the House on Election Day, but the GOP remains the minority party as Democrats hold 215 seats to Republicans’ 201.

McCarthy discussed his thoughts on the results of the election, the future of the Republican Party in the House and more in an interview with Fox News:

Nancy Pelosi has said Democrats have a “mandate” after the election. But you argue the election was a “mandate against socialism?” How so?

It was a mandate against socialism because voters rejected Democrats who embraced the socialist label and socialist ideas such as defunding the police. For example, in Florida, Democrat Donna Shalala calls herself a “pragmatic socialist” and she was defeated by Maria Elvira Salazar. This happened across the country, despite the pundits and pollsters predicting Democrats would pick up 15 to 20 seats this cycle.

Meanwhile, Republicans gained seats from Miami to Minnesota to California because we made a Commitment to America to restore our way of life, rebuild the economy, and renew the American Dream. Not a single Republican incumbent was defeated in this election. But every Democrat incumbent who lost, lost to a woman, minority or veteran. We will have a record of House Republican women joining our ranks for the next Congress. Our party is stronger, more united, more diverse and more energetic than ever before.

Voters were given a clear choice between socialism and freedom. They chose freedom.

You've also said, “This election cycle has made one thing clear: The Republican Party is now the party of the American worker.” What do you mean by that?

We are the party of people who wake up every day hoping to deliver a better life for them and their family. As we made clear in our Commitment to America, Republicans stand for the ability of all Americans to earn a good livelihood and to have that livelihood protected from lawlessness.

We know that it is hard-working Americans, not the government, who [are] best equipped to make decisions for their families. Republicans want to empower them, not give the government more control.

And thanks to President Trump, support in the election for Republicans cut across racial, ethnic and gender lines. We made historic gains among Hispanics and Black men, and we elected a record number of Republican women to Congress. We grew in California, expanded along the border of Texas and won big in Florida.

What do you make of the apparent divide in the House Democratic Caucus between the more moderate Democrats and those in the more progressive wing of the party, and how do you think it will affect legislating in the upcoming Congress?

Long ago, Speaker Pelosi surrendered to the socialists.

Several House Democrats wanted to sign Rep. Jaime Herrera Beutler's discharge petition to reopen the Paycheck Protection Program, which has nearly $140 billion in unspent funds sitting there, but Speaker Pelosi refused to take action. Instead, her insistence that "nothing" is better than "something" prevented support from reaching America's small businesses and their workers.

Several of those same Democrats lost their seats as a result of her "master legislating." Those remaining will face a choice: to work with Republicans to grow our economy, or to stand with the socialist wing of the Democrat Party.

How do you think Speaker Pelosi should manage those apparent rifts?

I know what she shouldn’t do. She shouldn’t centralize even more power in the speakership while allowing her members to receive a paycheck but not come to work. But that is exactly what her allies in Congress are already attempting to do by instituting remote voting schemes. Democrats just spent millions of dollars promising to be their districts’ voice and their vote in Washington, and now they want to skip work and stay at home. It’s shameful.

But whether or not the speaker goes through with these unconstitutional power grabs, I don’t think she can manage the rifts in her caucus because she is not in control of her caucus. Rep. Ocasio-Cortez and the socialist wing are. They control the floor, they set the tone, and they threaten to primary anyone who doesn’t fall in line. They have the power on their side.

Speaker Pelosi will have a difficult two years, assuming she even has the votes to remain speaker.