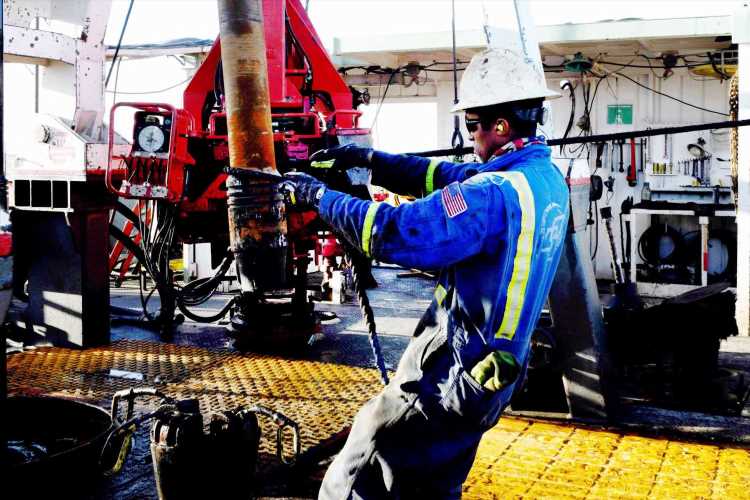 Top energy chief executives say oil demand will recover next year, but they expect volatility to remain elevated, as the industry emerges from the reckoning of the coronavirus pandemic.

"We face a lot of uncertainty," Total CEO Patrick Pouyanne told an invitation-only gathering of more than 30 senior oil and gas executives, who met virtually on Wednesday for the Abu Dhabi CEO Roundtable.

A source familiar with the discussions said the mood among the executives was more upbeat than the last meeting held in June, with news of a potential vaccine giving executives a boost of confidence. Leaders expressed a cautious optimism about the global economic recovery and discussed the need to focus on cost reductions and technology gains.

"We should have optimism, and we should have a sense of reality," BP CEO Bernard Looney told the gathered executives.

"We don't control the price of our product, but we do control our cost structure, our investment levels, and the efficiency of that," Looney added. "The fundamentals that we all learned as we were growing up in this industry will serve us well in the long run."

The International Energy Agency (IEA) has previously said that this year's global energy demand decline will be seven times larger than the fall following the 2008/2009 financial crisis. Most analysts expect global oil demand will take several years to recover to pre-crisis levels of 100 million barrels per day.

The roundtable, convened by Sultan Al Jaber, the UAE minister of industry and advanced technology and the ADNOC Group's CEO, is the highest-level forum for dialogue on key topics confronting the global energy landscape. It gives executives the opportunity to privately discuss the strength and speed of energy demand and the economic recovery.

"The oil and gas industry has demonstrated remarkable resilience over the past few months, and we know the long-term fundamentals of the industry remain intact as the world will still need hydrocarbons for many decades to come," Al Jaber said.

At the last meeting in June, executives agreed "the worst is behind us" and they were "hopeful of a stronger second half" despite only seeing a modest price recovery in that time.

The same source close to the latest conversation also said there was a consensus among participants that the industry can come together around solutions to climate change, believing the market will pay a premium for low carbon barrels.

"We're excited about where we're headed and we believe we can make an impact," Vicki Hollub, president and CEO of Occidental Petroleum, told the group.

Occidental recently became the first major U.S. oil producer to aim for net zero emissions from its own operations by 2040. The Abu Dhabi National Oil Company also plans to expand Carbon Capture Utilization and Storage (CCUS) to capture 5 million tons of carbon annually by 2030, and recently signed an agreement with Total to explore a partnership in CCUS and emissions reduction.

"ADNOC is focusing on ensuring that we deliver the most carbon-efficient barrels in the industry by doubling down on CCUS while exploring new energies like hydrogen," Al Jaber added.