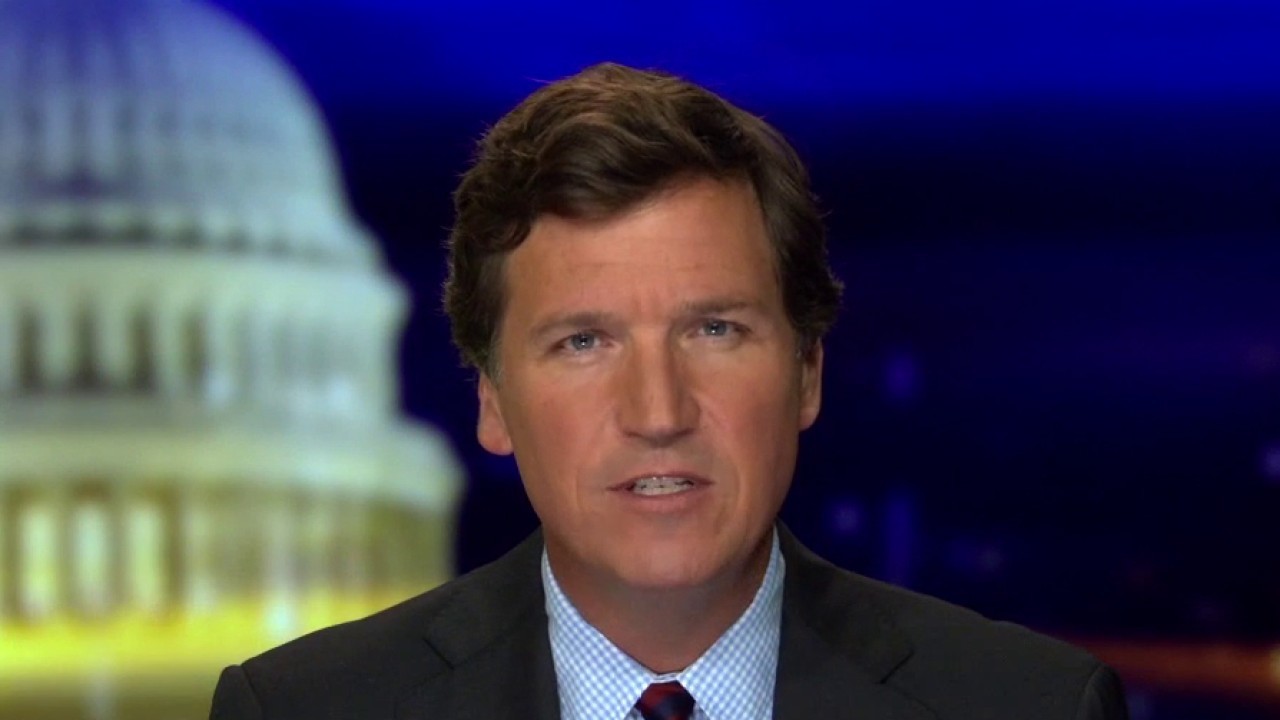 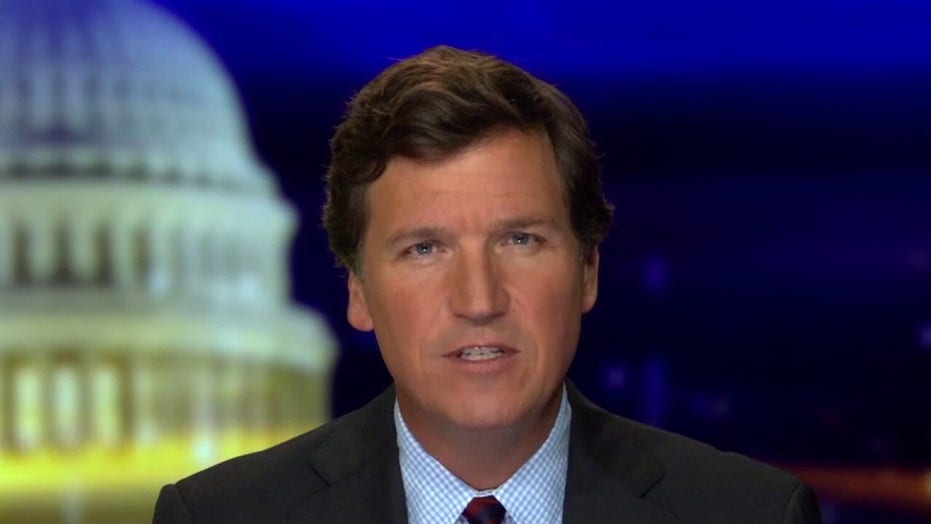 It's been more than a week since the final votes were cast and many of Donald Trump's 72 million voters still believe this election was fundamentally unfair. They're right about that. Democrats completely changed the way we voted in this election. Our system has never been more disorganized and it's never been more vulnerable to manipulation.

So was there voter fraud last week? We've been working on that quetion ever since Election Night. We've tried to be careful and precise as we report this out. In moments like this, truth matters more than ever. False allegations of fraud can cause as much damage as the fraud itself, and the last thing America needs right now is more damage.

What we're about to tell you is accurate. It's not a theory. It happened, and we can prove it. Other news organizations could prove it, too. They've simply chosen not to. The position of corporate media across the country this week has been very simple: There was no voter fraud. They say it again and again, but what exactly are they talking about? They won't tell you. So we're going to tell you right now.

Fewer than 15,000 votes separate Donald Trump from Joe Biden in the state of Georgia. It's close enough that it's worth getting specific about what happened there. Georgia's secretary of state has now confirmed there will be a hand recount of all votes cast.

In some ways, it's an inspiring story, the triumph of voting over death. And no one quite embodies that story like James Blalock of Covington, Ga. Mr. Blalock was a mailman for 33 years until he passed away in 2006. Fourteen years later, according to state records, he was still mailing things. James Blalock cast a ballot in last week's election. How did he do that? Maybe he was just one of those extraordinary mail carriers; neither rain nor snow nor gloom of night nor even death itself could keep him from the mail. In his case, maybe voting from the grave wasn't really fraud, it was just commitment.

Then there's Linda Kesler of Nicholson, Ga. Linda Kesler died in 2003. Seventeen years later, she was still voting in presidential elections. Edward Skwiot, of Trenton, Ga., spent his life working construction and teaching school. In his spare time, he loved bluegrass music. According to those who knew him, he played multiple instruments and enjoyed jam sessions. When he died five years ago at the age of 82, it seemed like he was gone from this world for good. But no, last week he voted for president and he wasn't the only one.

As of right now, there aren't enough of these votes to alter the outcome. But the point is this: They are dead, but they voted anyway. The question is, how did they do that? How exactly did they cast their ballots? And the short answer is: by mail. Dead people, like any other group, tend to vote more often when you make it easier for them to vote, and this year, we made it much easier for the dead to vote. States sent ballots and registration forms to millions of people, totally unsolicited. The pretext was COVID and a public health emergency. The effect was to encourage fraud.

One 2012 study by Pew found there were close to two million dead people still on voter rolls around this country. The study also found that approximately 24 million voter registrations – that is, one out of every eight in America — were either no longer valid or they were significantly incorrect. Close to three million people in America had registrations in more than one state.

So what happens if you start sending ballots and registrations to lists like this? You're guaranteed to increase the amount of fraudulent voting, and that's exactly what Democrats did. Republicans, we should add, let them do it.

Take the state of Nevada, where Joe Biden is currently leading Donald Trump by fewer than 40,000 votes this year. State Democrats and their lawyers made certain that Nevada sent ballots — not ballot applications, but actual ballots — to every single registered voter in the state, whether they requested those ballots or not. They did this even though they were perfectly aware that more than 41,000 people who are registered to vote in Nevada haven't voted or updated their registrations in more than ten years. Many of these people are dead or gone, but they got ballots anyway.

One of those people was a former elementary school teacher called Rosemarie Hartle. According to her 2017 obituary, Rosemarie Hartle was "loving, fun, sassy and sarcastic (in a fun way), beautiful, powerful, relentless, and inspiring."

Sadly, even though she's gone, her voter registration remains. She's still on the rolls. Someone received Rosemarie Hartle's ballot in the mail and then cast it. We don't know who did this. We wish we did, because it's fraud. It's a threat to our system, and it's being hidden by a news media totally vested in a Joe Biden presidency.

We have a right to know. We have an obligation to know much more about this. But thanks to the media blackout, it is left to independent conservative sites like The Federalist to report what the rest should be reporting but are not. Thanks to The Federalist, we know that on Oct. 9, a man called Fred Stokes Jr. received an unsolicited ballot in Clark County, Nev. Three weeks later, the county received his ballot back by mail. Voting records indicate that ballot was "completed." Fred Stokes voted for president, but Fred Stokes had been dead for three years. He died in June 2017 at the age of 90.

In Pennsylvania, the state that made Joe Biden the president-elect, there are likely quite a few dead voters. How do we know that? Because the state told us.

According to a report last December from the commonwealth's Department of the Auditor General, nearly 3,000 potentially deceased voters remained on the voter rolls. The Trump campaign says it has found evidence that some of them voted this year.

For example, on Oct. 24, Allegheny County officials mailed a ballot to one Denise Ondish. She had died two days before. Yet somehow, records show that county officials received that ballot back completed on Nov. 2.

Why did this happen? How can we prevent it from happening again? Those are the questions. The first is very simple to answer: Democrats did it. They understand that when you send mail-in ballots to an entire unverified voter roll, you can't really know who's voting. But just to make certain that fraud remained likely, Democrats filed lawsuits in Nevada to eliminate signature verification.

In 2019, well before the coronavirus pandemic, Sen. Ron Wyden, D-Ore., sponsored the Vote by Mail Act. The Vote by Mail Act demands that every state mail ballots to their entire unverified voter list. Whether you ask for it or not, whether you're alive or not, you get a ballot. There's no other way to interpret this except as Democrats abetting fraud.

This summer, Democrats in the House of Representatives passed something called the HEROES Act. It wouldn't simply have mailed absentee ballots to all voters in America. It also would have prevented states from restricting ballot harvesting in any way. That means that anyone could collect and return bundles of ballots from dead or living voters to polling stations, and there would be no oversight of this at all. That's insane, but expect more of it. Loose voting rules are too useful for the left to pass up.

In January, Democrats could very well gain control of the United States Senate. If that happens, much will change. But one of the things that will happen is that they will pass the HEROES Act into law. Right now, they're claiming universal mail-in balloting is necessary because of coronavirus, but they're lying. They've been pushing for this very thing for years for one reason. It gives them an advantage because it increases the incidence of fraud.

If we care about our democracy, we must demand clean and honest voting regardless of the outcome. The system is what we must protect. Sending ballots to entire unverified voter lists unsolicited gets you dead people voting. And what does that do? It puts us where we are now: Cynical, distrustful, withdrawn. If you want to run a democracy, you need one thing above all: Social trust. If you want people to have social trust, if you want them to believe in the system, it's not enough to yell at them on television and tell them that they must believe. You have to create a system that is worth believing in.

This article was adapted from Tucker Carlson's monologue on the Nov. 11, 2020 edition of "Tucker Carlson Tonight."