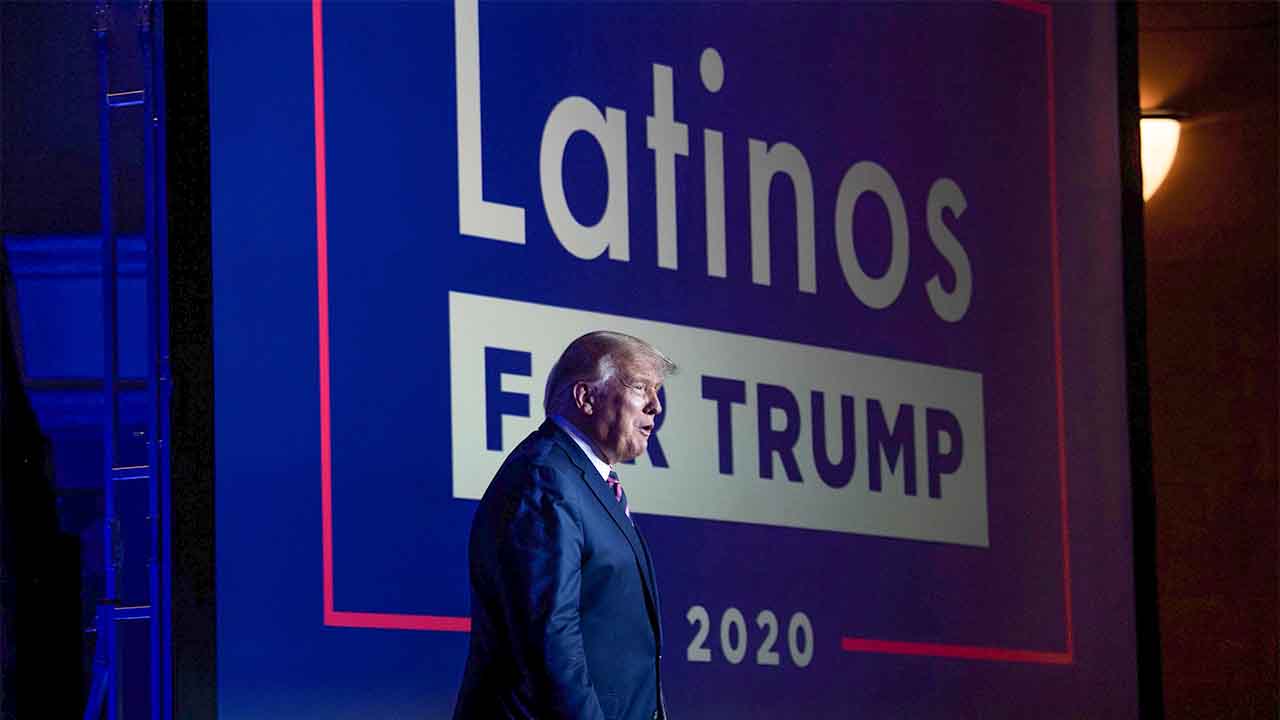 Some Latino voters who fled dictatorships supported President Trump in the General Election because the agenda of the Democratic party too closely resembled the socialist regimes they escaped.

One voter, Margarita De Castro, who fled from Cuba to Miami during Fidel Castro's regime in the early 1960s, told USA Today that she fears Democratic Vice President-elect Kamala Harris is "another AOC," despite Harris herself never fully embracing the more progressive agenda of Rep. Alexandria Ocasio-Cortez, who has dubbed herself a Democratic socialist.

Despite losing the election, Trump won big in Florida, picking up major wins in Hispanic-heavy Miami-Dade County. Republicans also picked up seats in Hispanic counties in Texas and California as well.

Some frustrated Democrats who were unable to secure a blue wave in this election attributed progressive policies to their loss.

“Defund police, open borders, socialism – it’s killing us,” Rep. Vincente Gonzalez, D-Texas, had said during a post-election conference call. “I had to fight to explain all that.”

Gonzalez argued that the associations with socialism differ wildly for Hispanic and Asian migrant populations: while the “average white person” may think of the Nordic model, these migrant populations may instead recall despotic “left-wing regimes” in Cuba and South East Asia.

The Trump administration won the favor with a bloc of Cuban American voters who support his hardline stance on Cuba after he abandoned attempts at diplomacy brokered under former President Barack Obama, reimposed economic sanctions on the island nation and tightened travel restrictions that had been relaxed under Obama.

President-elect Joe Biden said on the campaign trail he would consider reversing course while in office and reattempting diplomatic advancements with current Cuban President Miguel Díaz-Canel.

Despite Democrats themselves accusing Trump of cozying up to dictators like North Korea's Kim Jong Un and pursuing business opportunities in Cuba despite a tenuous relationship with the U.S., some Trump voters say they are alarmed by the markings of censorship and praise of socialism they have witnessed.

For example, Giancarlo Sopo, a Cuban American communication strategist on the Trump campaign, slammed Sen. Bernie Sanders, I-Vt., for past comments where he praised social welfare programs introduced under Castro's regime, such as his literacy program, despite the communist dictator's often repressive human-rights violations against Cubans.

“When you have national Democratic leaders praising Fidel Castro’s indoctrination programs and hailing neo-Marxists as ‘the future of the party,’ it communicated to our community that the Democratic Party does not respect our values,” Sopo told USA Today. "We simply voted accordingly, as did many other Latinos – like Colombians and Peruvians – who want nothing to do with socialism and the progressive agenda.”

Some Latino voters also expressed angst at social media giants like Twitter for flagging Trump tweets that contain misinformation, and at media outlets for cutting Trump's remarks after the election, where he declared himself the winner before there was a clear winner.

“That’s censorship. It’s the kind of thing you only see in socialist regimes,” said Carolina Tejera, a soap opera actress who supports Trump.