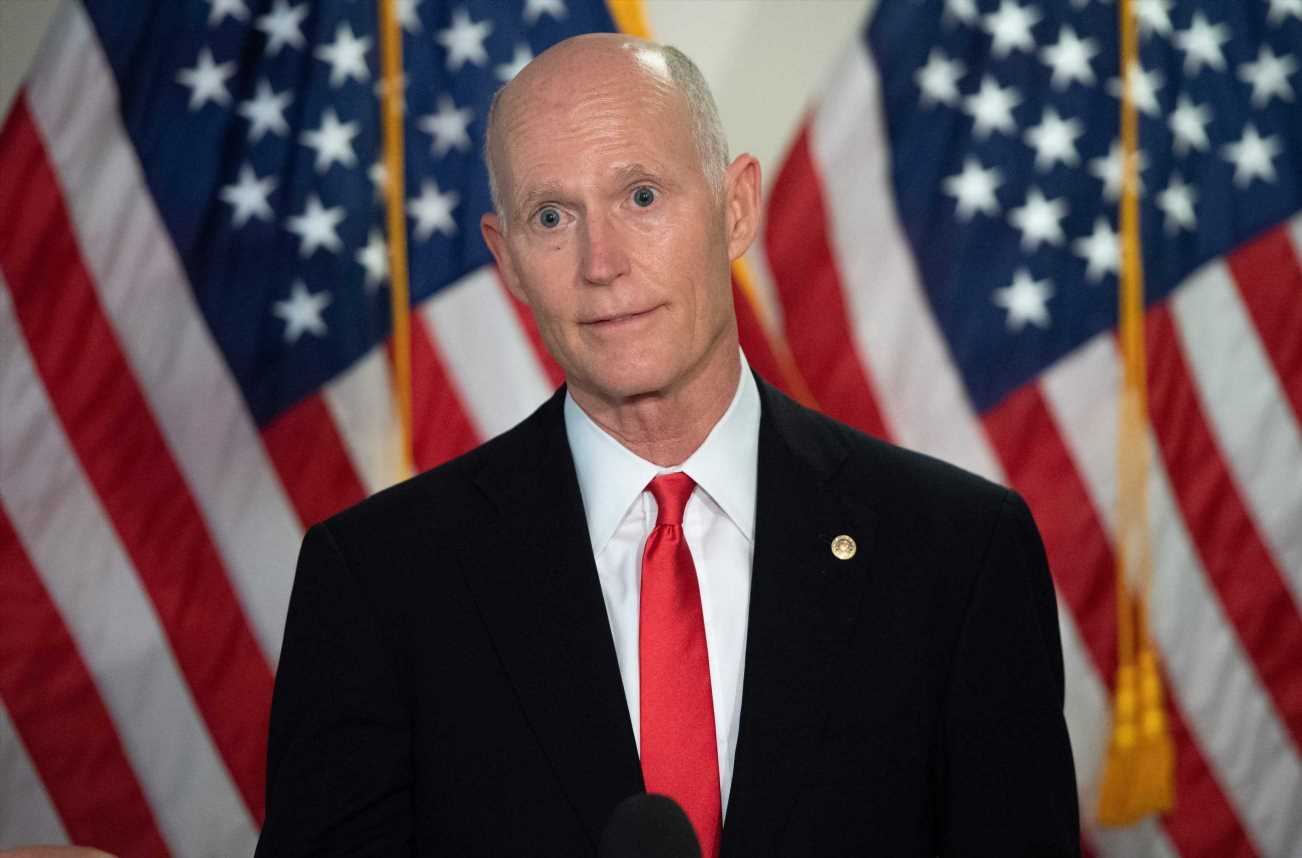 Here’s a guessing game that perfectly suits the sad state of affairs in the U.S. Senate: How long until the number of Republicans who accept Joe Biden as the president-elect surpasses the number of them who have tested positive for the coronavirus?

At the moment, the virus is winning.

Rick Scott of Florida announced Friday that he has tested positive for COVID-19, making him the seventh GOP senator infected by the deadly disease. The others are Chuck Grassley (Iowa), Mike Lee (Utah), Bill Cassidy (La.), Rand Paul (Ky.), Thom Tillis (N.C.) and Ron Johnson (Wis.). Paul was the first to test positive, back in March; Grassley and Scott revealed their infections this week.

Meanwhile, it’s been nearly two weeks since Biden won enough states to become the president-elect but the vast majority of GOP senators are refusing to publicly acknowledge it.

That leaves the remaining 48 GOP senators complicit in President Donald Trump’s efforts to undermine people’s faith in democratic institutions to try to make it look like he won.

Some of these senators are echoing his lies about voter fraud. Some are backing his baseless lawsuits and efforts to review ballots despite no evidence of widespread fraud or vote margins so thin that a recount would be warranted. None of them publicly objected as Trump summoned two Michigan Republican leaders to the White House on Friday ― in plain view ― for a meeting aimed at subverting the democratic process that handed the state to Biden in the election.

Some are trying to have it both ways: appease Trump’s ego but also acknowledge how reckless the current situation is. It doesn’t work, though.

Sen. Lamar Alexander (R-Tenn.) said in a Friday statement that the Trump administration should help Biden’s team transition into power ― but only if Biden wins the election, which he already has, by a lot.

Alexander’s statement only vaguely touches on the outrageous situation of Trump’s top appointee at the General Services Administration refusing to sign off on paperwork that triggers a transfer of power, which is preventing Biden’s team from getting up to speed on all sorts of matters, most obviously responding to the pandemic that is again spiking throughout the nation.

“If there is any chance whatsoever that Joe Biden will be the next president, and it looks like he has a very good chance, the Trump administration should provide the Biden team with all transition materials, resources, and meetings necessary to ensure a smooth transition so that both sides are ready on day one,” Alexander said. “That especially should be true, for example, on vaccine distribution.”

He sounds reasonable enough in his plea for a peaceful transfer of power, saying it is “the most enduring symbol of our democracy.” But like so many of his GOP colleagues, he can’t seem to acknowledge that Biden won the election and leaves the door open just wide enough to suggest the election results may be invalid, with zero evidence.

“Recounting votes and resolving disputes after a close election is not unprecedented and should reassure Americans that election results are valid,” Alexander said.

Trump’s campaign has filed so many election-related lawsuits in state and federal courts that it’s hard to keep up. But it’s easy to keep track of how many cases Trump has lost: nearly all of them.