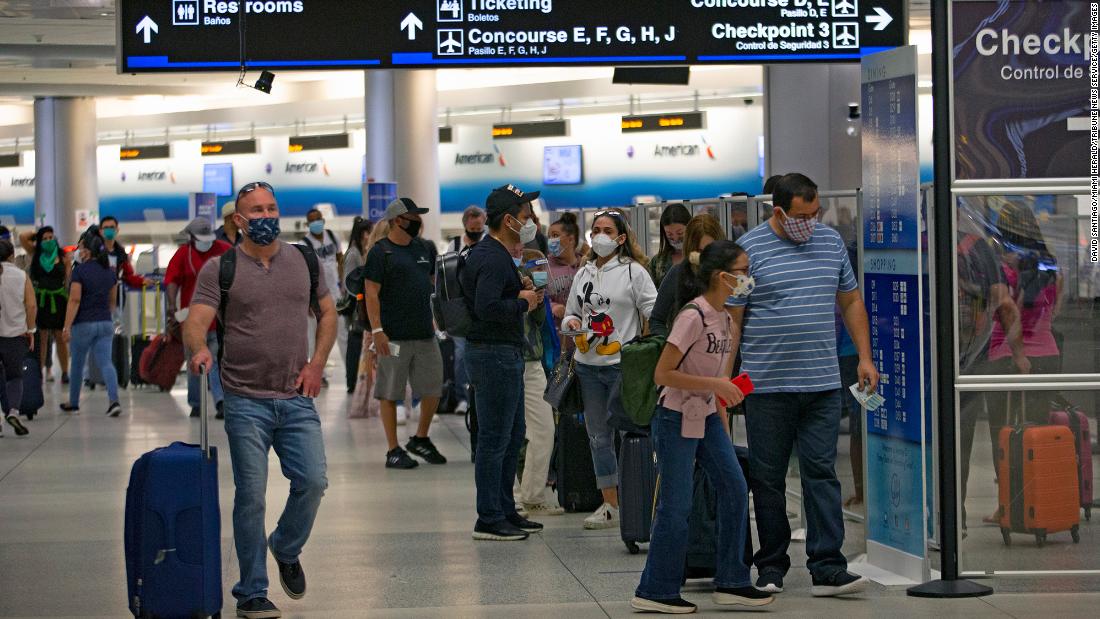 New York (CNN Business)Warnings from public health officials not to travel for Thanksgiving didn’t stop passengers from packing US airports and planes this weekend.

From Friday to Sunday, more than 3 million people passed through airport security checkpoints in the United States — a record weekend for air travel since the pandemic hit in March. Sunday was the biggest day for air travel since March 16, with 1.05 million people screened.
US health officials have pleaded with the American public not to travel for the Thanksgiving holiday this week as new Covid-19 cases, hospitalizations and deaths soar. Friday saw a one-day record of 196,000 new US cases, according to Johns Hopkins.

The airlines say that the cleaning procedures used between flights, the exchange of fresh air in the cabin throughout flights and the hospital-quality air filters now used on planes make it safe to fly. The airlines also require passengers to wear masks.
But officials from the Centers for Disease Control and Prevention say the risk of spreading disease lies less in the flight itself and more with large family gatherings, especially with hospitals in many parts of the country already at capacity treating Covid patients.

The pandemic brought air travel to a near halt in March, with March 16 being the last day of more than 1 million people screened by TSA until this fall. By early April less than 100,000 people a day were going through checkpoints. Airlines responded by slashing their schedules, making deep cuts in staff, but they still recorded billions in losses.
Thanksgiving week is traditionally one of the busiest of the year for air travel. The 3 million who went through US airports over the weekend represented only 43% of those screened the weekend before the holiday last year. 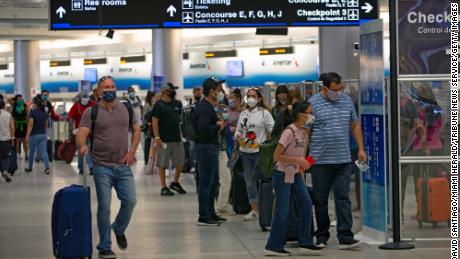 The traffic is forecast to get even busier later this week. American Airlines said it will increase its schedule by about 15% during Thanksgiving week, compared to the rest of November — from a daily average of 3,500 flights to more than 4,000 flights.
But there are signs that some people are changing their travel plans in response to the rising number of Covid cases. United Airlines (UAL) said Thursday said that it has seen some increase in flight cancellations and a drop in bookings with the rising number of Covid cases. Southwest (LUV) and American Airlines (AAL) are also reporting a decline in bookings, though they have yet to report any increase in canceled reservations. 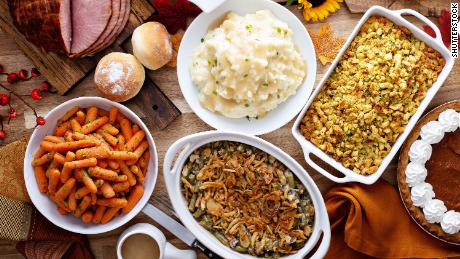 The airline industry is neither encouraging nor discouraging holiday travel, the head of the industry’s trade group said Thursday.
“Do we want to see them travel? Yes, but only if it’s safe for them,” said Nick Calio, CEO of Airlines for America. “There’s a variety of factors involved in that for each individual traveler.”
Source: Read Full Article