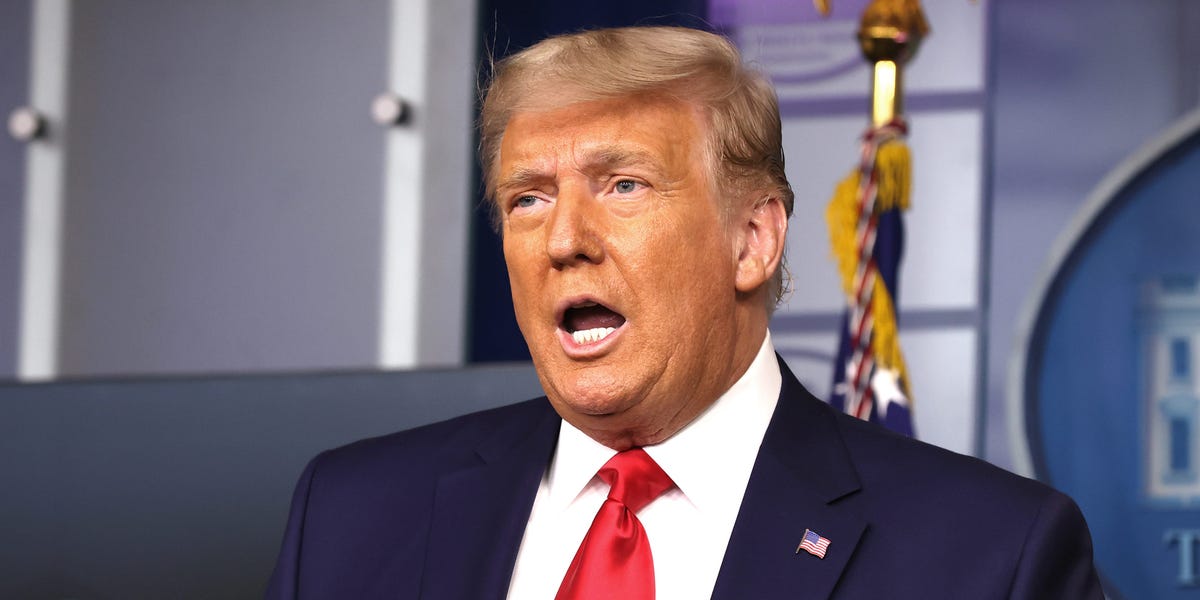 President Donald Trump lost the 2020 presidential election but continues to bombard voters with repeated texts and emails, seeking donations for his efforts to overturn the results.

"Please contribute $5 RIGHT NOW to the Election Defense Fund to stop the Radical Left from STEALING this Election," one campaign email said on Tuesday.

However, it remains unknown exactly what that money is being used for.

In the days following the election, the fine print on Trump's Make America Great Again donation page said that 60% of every contribution was routed to pay off campaign debt. Trump then directed that share of funds to his new leadership political action committee, Save America, which he launched on November 9, three days after Decision Desk HQ and Insider first called the race for President-elect Joe Biden.

The details have been updated again. Now, the first 75% of each donation goes to Save America but is capped at $5,000. Once that dollar amount has been met, the contributions go to the Trump campaign's Recount Account. Also, 25% of the money is sent to a Republican National Committee account.

A leadership PAC is typically created by current and former politicians to donate money to each other and build relationships. The contributions can be used to fund candidates' travel and events, for example. Trump's PAC has raised questions about whether he will try to maintain political influence after he exits the White House.

Trump's campaign spokesperson Tim Murtaugh said in a statement after the president established Save America that he "always planned to do this, win or lose, so he can support candidates and issues he cares about, such as combating voter fraud."

However, there aren't many restrictions on how the donations can be spent, meaning Trump could potentially use the funds entirely for himself. Multiple reports have suggested that he could spend the money to help finance a potential 2024 presidential bid or support his post-presidency life as well as that of his family members.

"This money could easily — and legally — end up in his own pocket in the coming years," Paul Ryan, vice president of policy and litigation at Common Cause, said in a CNN report on Monday. Save America will have to release its fundraising numbers and expenses in its first public report on December 3, per CNN.

Trump has still not conceded the election, but his administration on Monday evening officially began the transition process to Biden. Trump's plans after January 20 remain unclear.