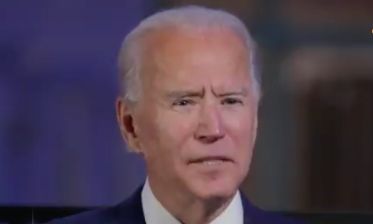 President-elect Joe Biden gave his first interview since he won the election earlier this month, speaking to NBC News’ Lester Holt about the transition of power, COVID-19 and his administration’s first priorities.

Asked about the Trump administration finally clearing the way on Monday for the formal transition to his administration to begin, Biden said, “I must say, the outreach has been sincere. [It] has not been begrudging so far. And I don’t expect it to be.”

In the NBC interview, which aired Tuesday evening, Biden said they’re “already working out” how he’ll get presidential daily briefings and he expects those to begin as soon as Wednesday.

Emily Murphy, head of the General Services Administration, had sparked outrage by declining until this week to find that Biden had won the election. Without her sign-off, the Biden team could not obtain millions of dollars in transition funds and access to current officials.

Trump himself has yet to concede the election, despite his repeated losses in court cases challenging election results in several states and those same states — including Pennsylvania and Michigan — certifying their results showing Biden as the winner.

Biden told NBC that he has personally “not heard anything from President Trump” since the election but that he believes their chiefs of staff have spoken.

Biden is set to inherit a growing coronavirus crisis, with the number of cases ballooning across the country in recent weeks, reaching over 160,000 confirmed cases per day over the past week. More than 259,000 people in the U.S. have died from the virus so far.

The president-elect told NBC he expects to meet soon with the coronavirus team at the White House. On the key matter of distributing a COVID-19 vaccine, he said, “I think we’re going to not be so far behind the curve as we thought we might be in the past.”

Biden described the pandemic and the related economic crisis as “causing real mental stress for millions of people,” adding that it’s “within our power to solve it and to grow the economy.”

“The words of a president matter,” he said. “I think it’s a patriotic responsibility to wear a mask, to socially distance.”

Trump has repeatedly downplayed the threat of the virus, even as he and several members of his immediate family have been infected, as well as dozens of people in his administration and campaign circles.

Biden listed as one of his top priorities for his first 100 days sending an immigration bill to the Senate with a pathway to citizenship for the millions of undocumented people living in the U.S. He also said he plans to reverse Trump’s “very damaging” executive orders “making the climate worse.”

As his team has indicated before, Biden told NBC that he does not intend to push his Justice Department to investigate Trump, saying: “I will not do what this president does and use the Justice Department as my vehicle to insist that something happen.”

He’s already spoken with several leaders of other countries, the president-elect said. “America’s back. We’re at the head of the table once again.”

“This is not a third Obama term, because we face a totally different world,” Biden added. “President Trump has changed the landscape. … We find ourselves in a position where our alliances are being frayed.”

Asked about his developing Cabinet, and whether he planned to appoint former primary rivals Sens. Bernie Sanders (I-Vt.) and Elizabeth Warren (D-Mass.) to top posts, Biden said that “taking someone out of the Senate … is a really difficult decision.”

“I have a very ambitious, very progressive agenda,” Biden told NBC. “And it’s gonna take really strong leaders in the House and Senate to get it done.”