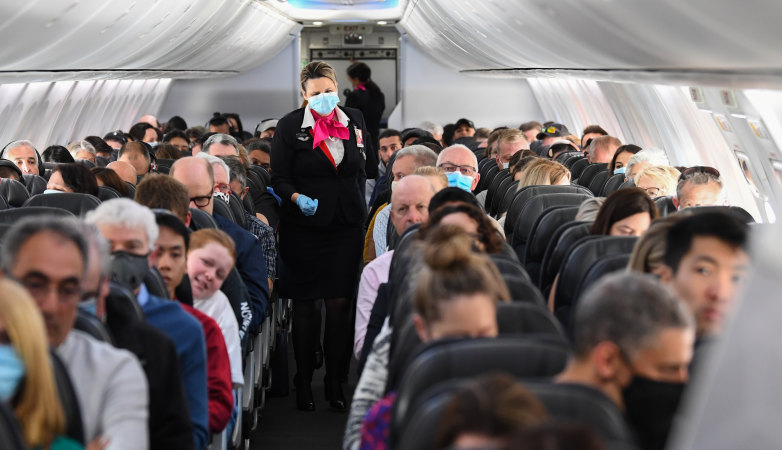 Aviation and travel industry leaders say mandatory COVID-19 immunisation and "vaccination passports" will be the key to Australia reopening its borders to most of the world for quarantine-free travel.

The recent success of three potential COVID-19 vaccines has raised hopes of resuming international travel, with Qantas boss Alan Joyce saying this week his airline would make proof of vaccination a requirement for all passengers flying to or from Australia. 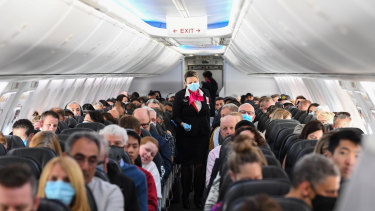 Aviation and travel industry leaders say that mandatory vaccination will be the key to Australia reopening its international borders. Credit:Getty Images

The global airline industry is pushing for a restart based on rigorous COVID-19 testing of all passengers before and after their journey, but industry leaders say that is not practical in Australia given the virus has been so effectively suppressed here.

Graham Turner, the founder and CEO of the country's largest travel booking group Flight Centre, said he expected vaccination to be compulsory for anyone travelling in or out of Australia by the middle of 2021.

That would "open the floodgates" for quarantine-free travel in the second half of next year, even to destinations in North America and Europe where COVID-19 infection rates remain out of control, he said.

"The coronavirus is going to be around for the next few years at least and if there are effective vaccines… the obvious way to make sure that travellers don’t spread it a lot and don’t have to quarantine would be to have a vaccination requirement," Mr Turner said.

While Qantas leads the groundwork in preparing the travelling public for compulsory immunisation, Mr Turner said he believed most governments would mandate vaccines in order to open their borders.

The Morrison government has not said whether it will mandate vaccination for international travel, but its COVID-19 vaccination policy released earlier this month says it "may introduce border entry or re-entry requirements that are conditional on proof of vaccination".

Victorian Premier Daniel Andrews on Wednesday threw his support behind a "vaccination passport" to replace mandatory quarantine for both international and domestic travel.

There won’t be hotel quarantine once we get a vaccine. It’ll be 'if you’re not vaccinated you’re not coming'.

Brisbane Airport CEO Gert-Jan de Graaff said that while in regions such as North America and Europe testing might weed out enough positive cases that allowing international visitors wouldn't increase the risk of the virus spreading any further, that does not apply to Australia given our very low case numbers.

"I don’t think we're in a situation at this time that the Australian government would allow travel purely based on pre- and post-flight testing," Mr de Graaff said. "It will always be in combination with quarantine. The panacea will be the development of a vaccine and the distribution of it."

The panacea will be the development of a vaccine and the distribution of it.

Melbourne Airport CEO Lyell Strambi agreed that 14 days quarantine – which most travellers will not endure – or proof of vaccination were the only way Australia could allow people into the country without risking the gains it had made suppressing the virus.

"We’re a victim here in Australia of our own success: we’ve been incredibly good at stopping the spread within the country, but it makes it very hard to open the borders to countries where the spread is rife," Mr Strambi said.

"The answer does appear to be a vaccine: it might be one of the costs of that ability to travel freely internationally and to keep our nation safe."

Testing as 'plan B'?

However Sydney Airport CEO Geoff Culbert said a testing base process should not be ruled out, and should be developed as a "plan B" to vaccination.

"There has been great progress on the accuracy and speed of testing technology that can reduce or remove the requirement for hotel quarantine," Mr Culbert said.

The United Kingdom announced overnight that it will cut its quarantine requirements from 14 days to five days once someone who has arrived in the country has returned a negative COVID-19 test.

Flight Centre’s Mr Turner said an advanced testing regime would be an option for opening up to low-risk countries that also had COVID-19 under control such as New Zealand, the Pacific Islands and some Asian countries.

He said he expected that to happen in the first half of 2021, but that Australia won’t open to the rest of the world until the end of next year.

Brisbane Airport's Mr Graaff was more cautious, saying he did not expect travel to open up to any countries other than New Zealand and the Pacific Islands before mid-2021.

"A real return to international travel will probably only happen in 2022 and later," he said.