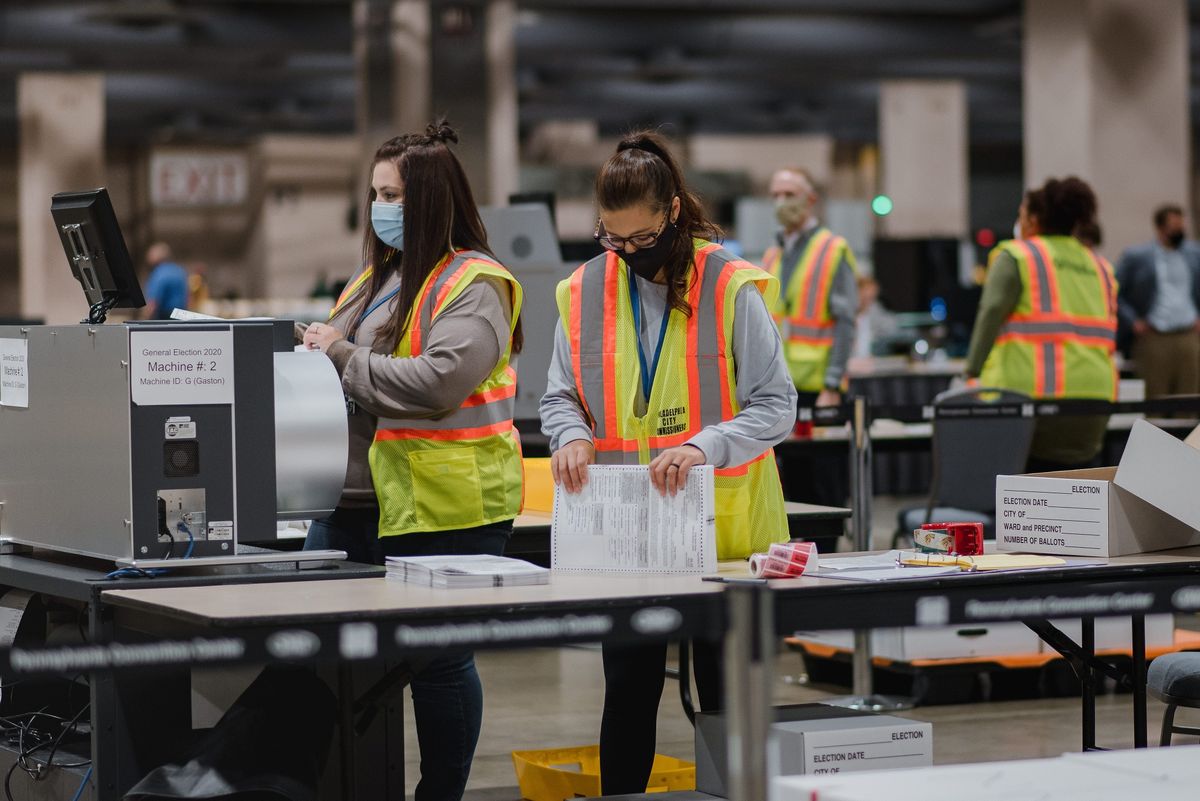 A Pennsylvania judge issued an order temporarily preventing the state from taking additional steps to certify its election results until she holds a hearing on Friday morning.

The ruling on Wednesday by Commonwealth Court Judge Patricia McCullough in Pittsburgh halts the process “to the extent that there remains any further action to perfect the certification of the results of the 2020 General Election.” Secretary of the Commonwealth Kathy Boockvar certified President-elect Joe Biden’s 80,555-vote Pennsylvania victory yesterday, and Governor Tom Wolf appointed electors for the state.

The case before McCullough is separate from the federal lawsuit by President Donald Trump’s campaign that seeks to undo Pennsylvania’s certification unless it tosses out tens of thousands of mail-in ballots the suit alleges are illegal. The state case was brought by Pennsylvania Republicans led by U.S. Representative Mike Kelly but likewise sought to derail certification.

McCullough, a Republican, directed Boockvar and Wolf, both Democrats, to file a response by 3 p.m. on Wednesday.

Pennsylvania Attorney General Josh Shapiro, also a Democrat, said in a statement that he’d file an appeal “momentarily,” adding: “This order does not impact yesterday’s appointment of electors.”

The plaintiffs argued an injunction could still be issued even though the certification had taken place, pointing out that a number of formal steps remained, including issuing commissions to elected candidates. The state’s “duties with regard to finalization of the full election results are far from complete,” they said in a motion on Tuesday.

The lawsuit claimed the Pennsylvania’s legislature’s adoption of expanded absentee voting last year was unconstitutional — even though the legislature was controlled by Republicans and there wasn’t a challenge to the new system until Trump lost.