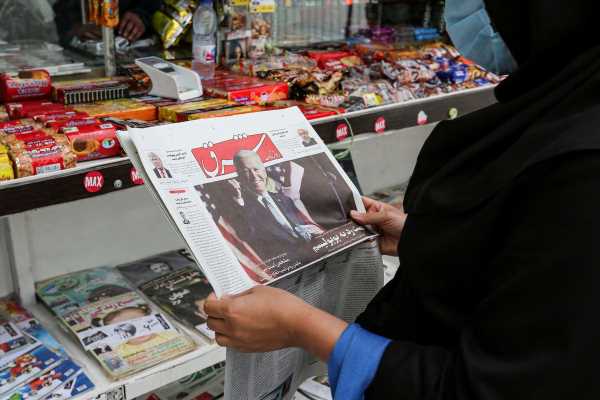 Iranian President Hassan Rouhani says it’ll be “very easy” for Joe Biden to repair relations between the Islamic Republic and the U.S. “The knotty problem can be untied with will and one decision,” he said in televised remarks on Wednesday.

But a look at Iran’s economy suggests much of the wreckage left by Donald Trump will last.

For thousands of businesses, the 2015 nuclear deal inked by Barack Obama promised boom times as Iran’s economy was opened up to foreign investment. Instead, what came were more sanctions, ostracism from the international oil market and a 12% economic slump since 2018—before the country was hit by the worst coronavirus outbreak in the Middle East.

Any recovery in the Biden era will now be a matter of baby steps, according to consultants and advisers who act as go-betweens for western companies and the Islamic Republic. Dramatic reversals of policy between U.S. presidents means building confidence that a new deal will hold is a struggle.

“Tens of billions of dollars of credit lines were extended, there was a huge amount of anticipation and then Trump killed the deal,” said Cyrus Razzaghi, founder and chief executive of a Tehran-based consultancy Ara Enterprise. “This time everyone is more cautious. The expectations are low but high hopes are in the air.”

President-elect Biden has indicated his administration will aim to rejoin the deal that Trump tore up. European signatories of the accord, which lifted sanctions in return for limits on Iran’s nuclear program, held talks on Nov. 23 on the way ahead.

Back in 2016, Razzaghi was busy shepherding a packed timetable of meetings and tours for foreign business people from Europe, Asia and the U.S. He would show interested investors biscuit factories, hoteliers and mining companies, spotlighting Iran’s potential as a low-cost manufacturing hub of 80 million, mostly urban, consumers.

He said since the U.S. election, he’s fielded calls from old and new potential clients, but now they’re from smaller companies.

In the more optimistic days before Trump, Tehran’s small handful of quality hotels were often fully booked and foreign trade delegations were frequent. European and American fund managers came on exclusive tours of the stock exchange.

French oil giant Total SA signed a joint agreement with Iran’s oil ministry and China’s CNPC worth around $5 billion, an agreement it later spiked. Carmaker Peugeot SA abandoned plans to produce more vehicles in the country in June 2018—the second time in under a decade that it was forced leave its biggest market outside of France. Officials at both companies declined to comment on any future plans for Iran.

Trump’s so-called “maximum pressure” strategy was far more brutal than sanctions imposed by Obama, leading to a much steeper collapse in the currency as waivers for oil sales were binned.

A shift toward domestic manufacturers have provided some succor for the economy. Yet that also poses a new problem for international investors, according to Omid Gholamifar, founder and chief executive of Serkland Invest AB, a Swedish firm that manages foreign investments in a small number of pharmaceutical and consumer goods companies in Iran.

“Even if the nuclear deal happens again, the multinationals will be very careful because they often won’t see a big business opportunity to sell in Iran,” said Gholamifar. “You’ve lost a lion’s share of your market as locally manufactured goods have replaced you.”

Read More: ‘Made in Iran’ Thrives in Economy Trump Tried to Crush

With a Democrat coming back to power in Washington and enough political continuity expected in Tehran, there may be a period of years when the two countries are in sync and any new nuclear accord might stick.

President Rouhani said on Wednesday that if Iran and the U.S. could find a path back to how things were the day Trump was inaugurated in January 2017, it could be a “huge solution for many issues and problems.” That won’t happen overnight.

“Some contacts have been in touch already, but they’re very, very cautious,” said William Breeze, co-head of the Iran practice at London-based law firm Herbert Smith Freehills. He advised clients on Iran’s natural resources and infrastructure industries prior to Trump’s sanctions. “Nobody’s making any huge plans.”