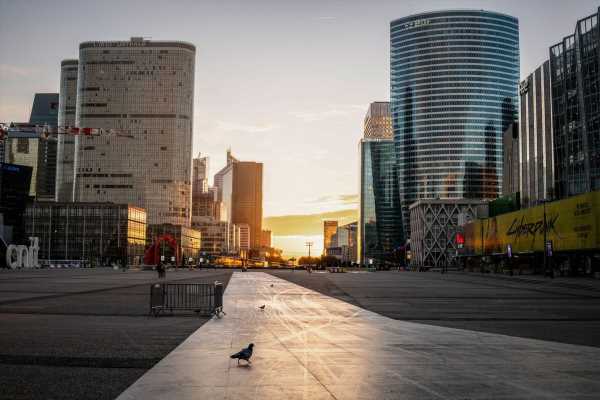 European Central Bank policy makers are getting behind the idea of cautiously removing the ban on dividend payments by banks next year.

Bank of France Governor Francois Villeroy de Galhau said Friday that while it was right to put all profits into reserves in 2020, there are now arguments in favor of resuming payouts. Executive Board member Fabio Panetta said banks should be prudent, but it would be reasonable to take a case-by-case approach.

The comments come before a decision by the ECB within a matter of weeks on whether to allow the resumption of dividends in 2021. European banks, which saw their shares lag the market this year, have been lobbying to scrap the restriction, repeatedly warning that extending the measure would risk cutting them off from investment.

At the same time, the central bank also said this week that lenders may need to put even more money aside against the risk of souring loans as the pandemic further depresses the economy. Vice President Luis de Guindos said institutions’ assumptions had been too optimistic in some cases.

An index of euro-area bank stocks was up 0.6% as Villeroy spoke.

Villeroy’s comments reflect the dilemma currently in play for regulators. He also argued that it’s vital for French banks to be attractive to investors in order to raise capital in the future.

“This is all the more the case as most jurisdictions outside of Europe seem to at least be moving toward a controlled liberalization,” he said at a conference of French banking supervisory body ACPR.

The ECB could opt to extend the dividend freeze, lift the ban entirely, or limit dividend payouts. On Wednesday, ECB official Yves Mersch said banks may be allowed to pay dividends if their balance sheets are strong enough to survive the pandemic, the Financial Times reported.

For Panetta, the ongoing uncertainty about the economic outlook is a big part of the decision, but he said that an overly cautious approach “might mean a cost to the banks.”

“I believe that a reasonable solution, as economic conditions improve, would be a case-by-case approach by banking supervisors,” he said in an interview in Portuguese newspaper Expresso.

In his speech, Villeroy also said while the crisis had an impact on French banks, lenders are sufficiently solid to get through even worst-case scenarios. He said the priority for European banks should now be to improve profitability, which could partly be achieved with cross-border mergers.

“The creation of true pan-European banking groups must be accelerated,” Villeroy said. “‘The European financial sector remains too fragmented and vulnerable to asymmetric shocks.”

Villeroy, who sits on the ECB’s Governing Council, said that low rates have weighed on the profitability of banks, but that there are structural reasons for this and the central bank has taken measures to mitigate the impact of banks with its tiering mechanism.

The ECB has signaled it will expand monetary stimulus again next month, and Villeroy said the priority should be to maintain favorable financing conditions as long as necessary. December’s recalibration of policy should focus not only on the level of support but also on the “duration, flexibility and effective targeting” of measures, he said.