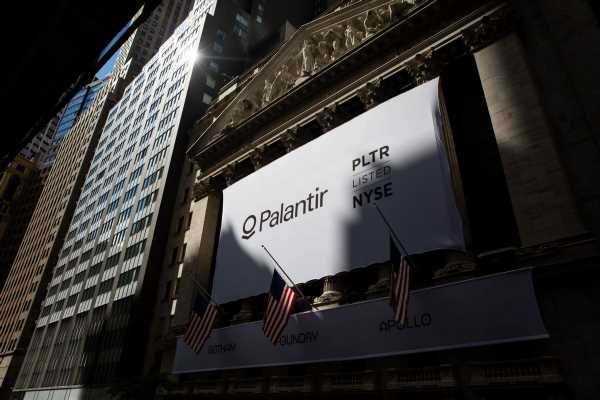 Palantir Technologies Inc. is wrapping up its best week since it went public in September, adding about $21 billion in market value as a broad rally in tech stocks helped fuel gains in the software maker.

Its shares have added almost 70% since Monday to trade as high as $33.50 earlier on Friday, a fresh record. The stock pared some of the gains after Citron Research said in a tweet it was shorting the stock with a $20 target.

Trading in Palantir options also surged this week with average daily volume of call contracts jumping about 250% in the first three days of the week when compared to the prior week. An analysis of open interest shows most of the contracts being opened and closed in the same day, indicating a heavy presence of day traders.

The stock has gained over 300% since its direct listing. It reported third-quarter losses in its first financial results since going public as compensation costs surged. It did, however, boost its revenue growth forecast for the year to 44%, exceeding the amount analysts expected on average.

The shares currently have one buy, five holds and one sell with an average 12-month price target of $14, according to data compiled by Bloomberg.

— With assistance by Gregory Calderone