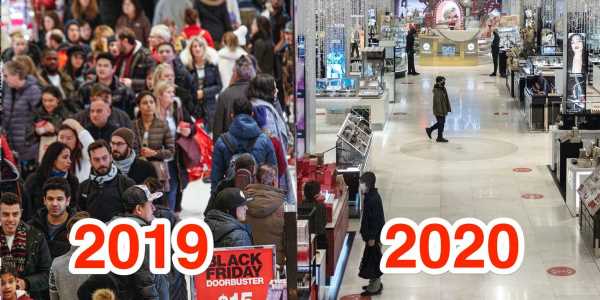 To understand how Black Friday 2020 compares to years past, one only needs to look at Macy's New York flagship store.

Every year, Macy's sees thousands of shoppers flood its Manhattan store. The store's Black Friday deals — typically kicking off after the Macy's Thanksgiving Day parade — are a symbolic start to the holiday shopping season across America.

Read more: Head of Macy's Thanksgiving parade says 'tradition' is keeping the event alive this year as other major events get canceled nationwide

This year, however, things are very different. New York City's holiday tourism business has been decimated by the coronavirus pandemic. Macy's has rolled out a wealth of new safety precautions. Black Friday crowds are nonexistent.

Read on to see just how different Macy's looks on Black Friday 2020, compared to years past.

Read more: The best Black Friday deals of 2020 to shop now, plus buying advice, and everything else you need to know today

This year, Macy's did not open until the morning of Black Friday. 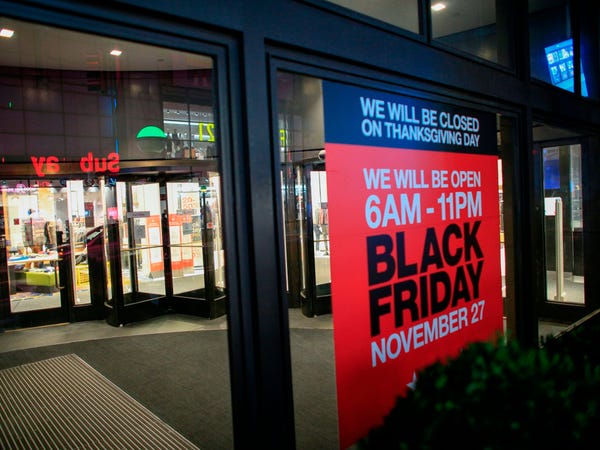 Other major retailers, such as Walmart and Best Buy, did the same in an effort to make in-person shopping safer during the pandemic. 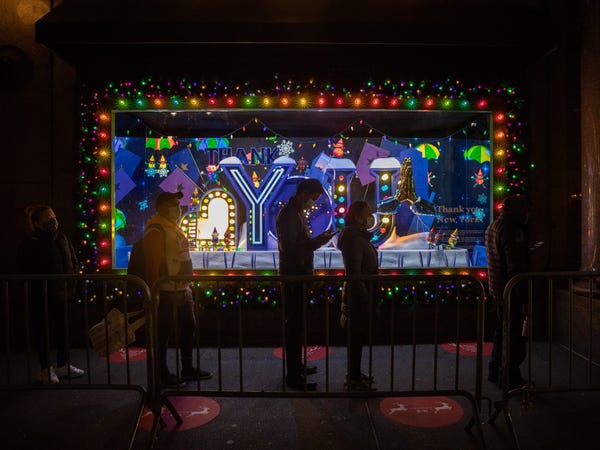 However, experts warned Business Insider that the strategy could backfire if it results in more people showing up all at once during the limited hours. 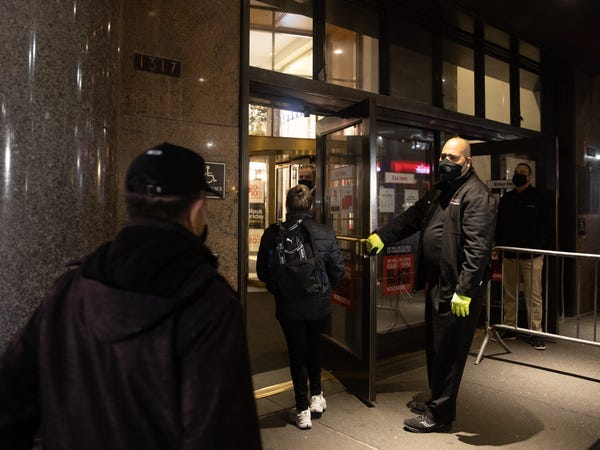 That does not appear to be an issue at Macy's. The New York Post reports that the New York City flagship had a line of just 30 people when it opened this morning. 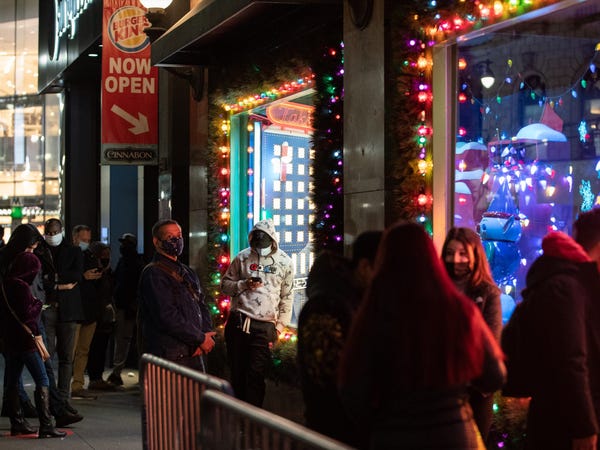 Inside the store, foot traffic was sparse. 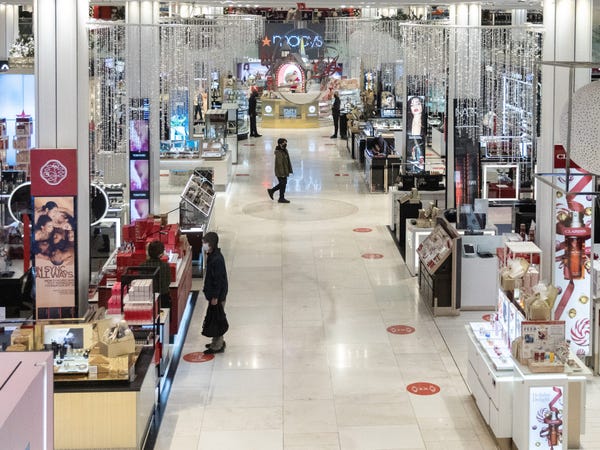 Shoppers who did show up were required to wear masks. 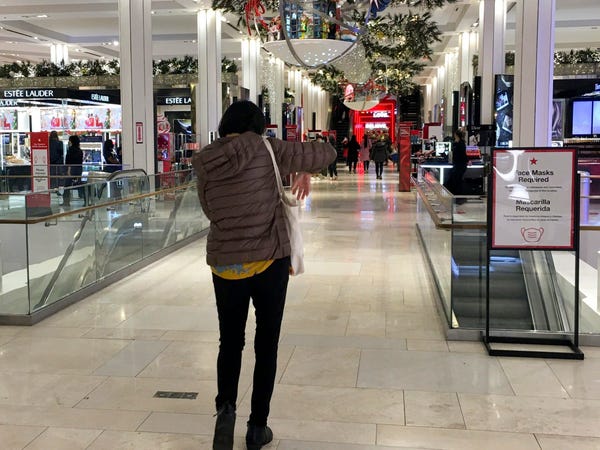 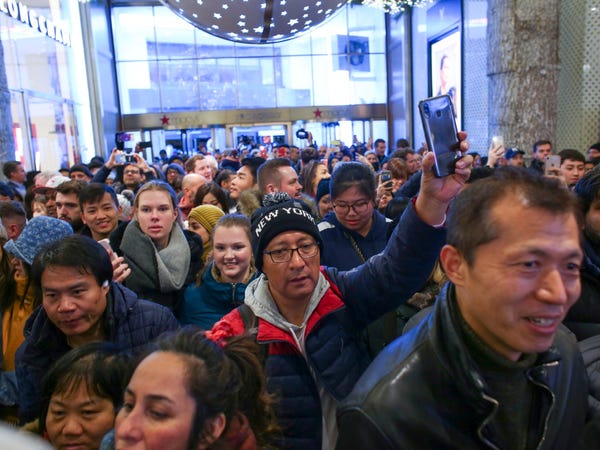 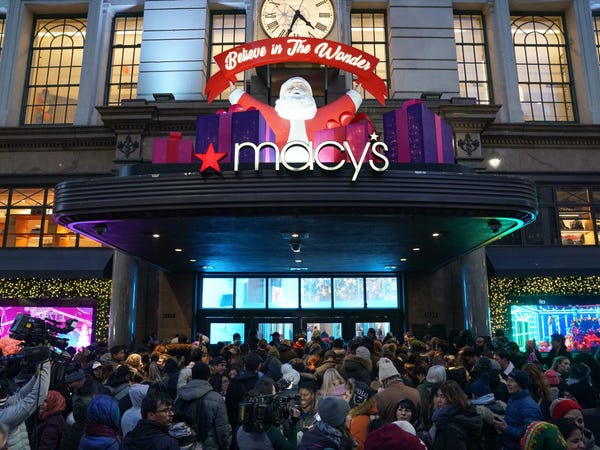 Hundreds of people crowded outside the store, surging inside when the doors opened. 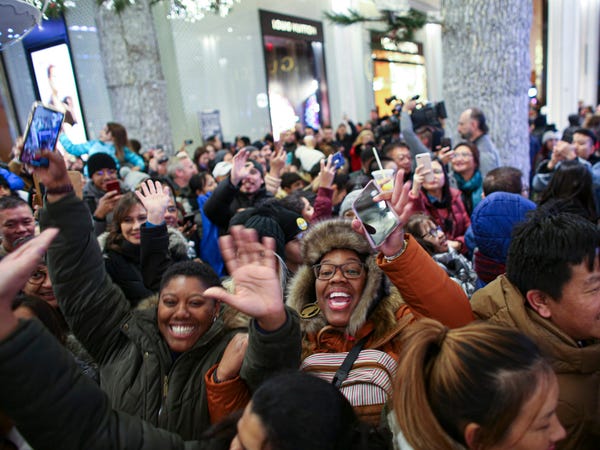 To take a step back – 2019 was not seen as a particularly positive holiday shopping season for Macy's. 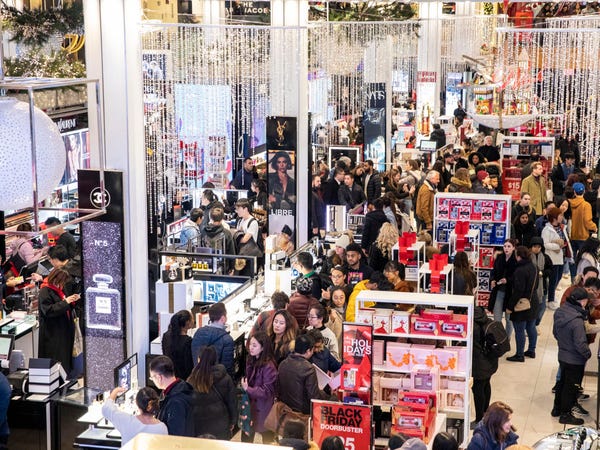 Macy's had a solid start to the holiday shopping season last year, and then saw sales slump as Christmas Day approached. 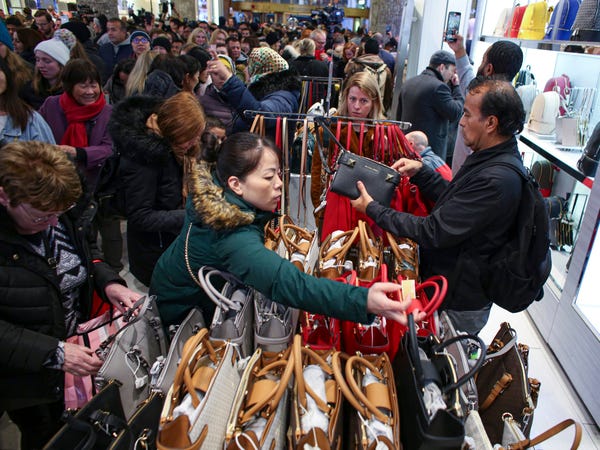 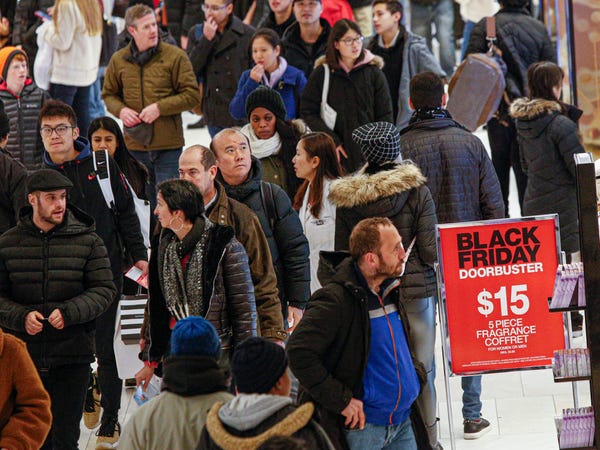 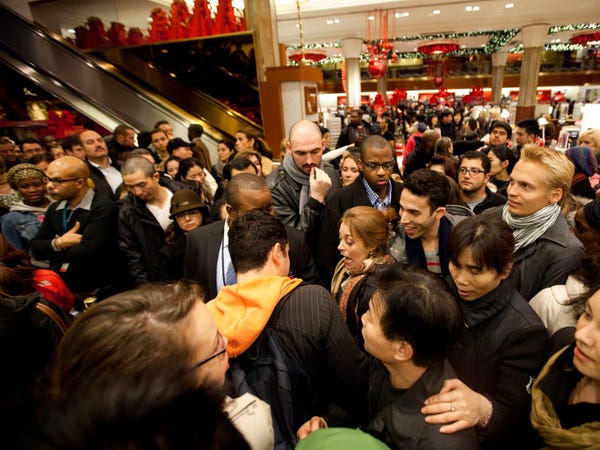 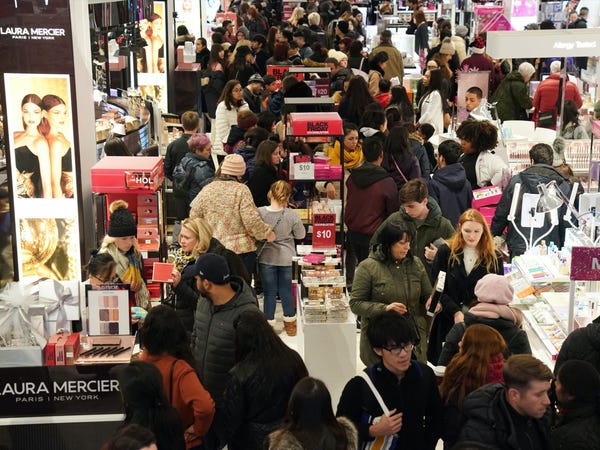 … with the store today. 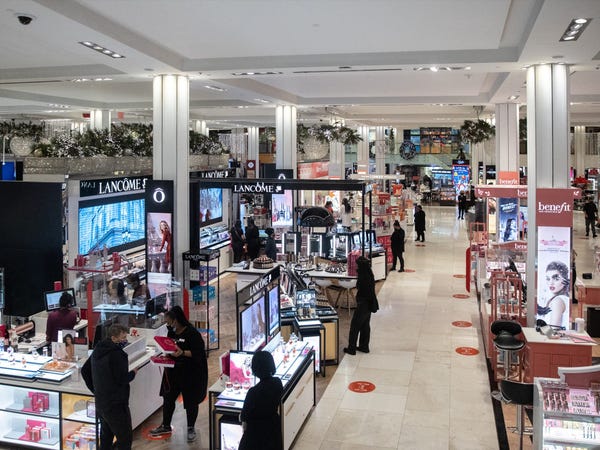 The New York City store is likely being hit harder than other shopping centers across the US. Tourism has plunged in the city during the pandemic, resulting in the loss of many potential shoppers. 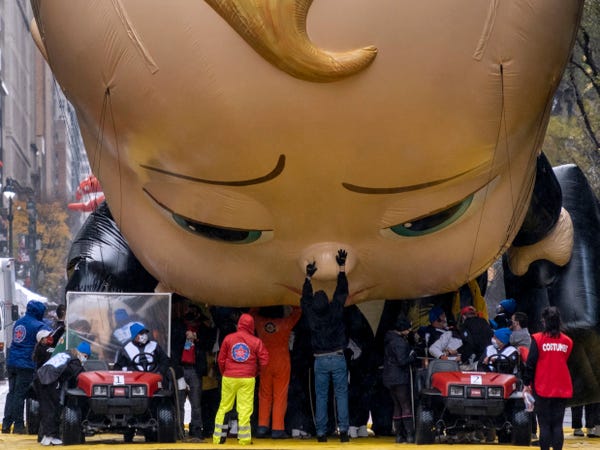 Most retailers are also shifting sales online and extending Black Friday deals, making in-person Black Friday shoppers less important than in years past. In fact, some 80% of shoppers told The NPD Group early in the holiday season that they planned to shop online this year, with just 42% of all holiday shopping taking place in stores according to the market research firm. 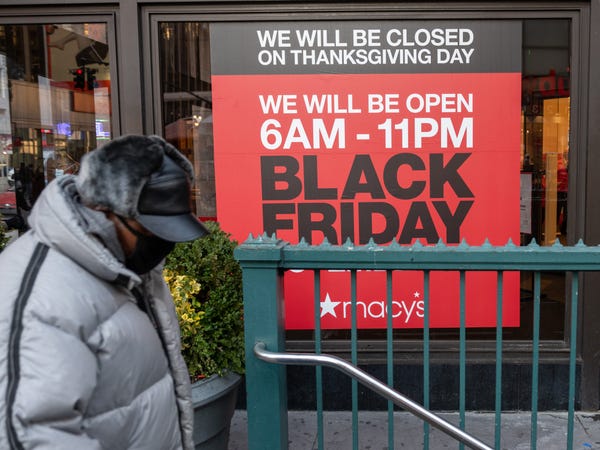