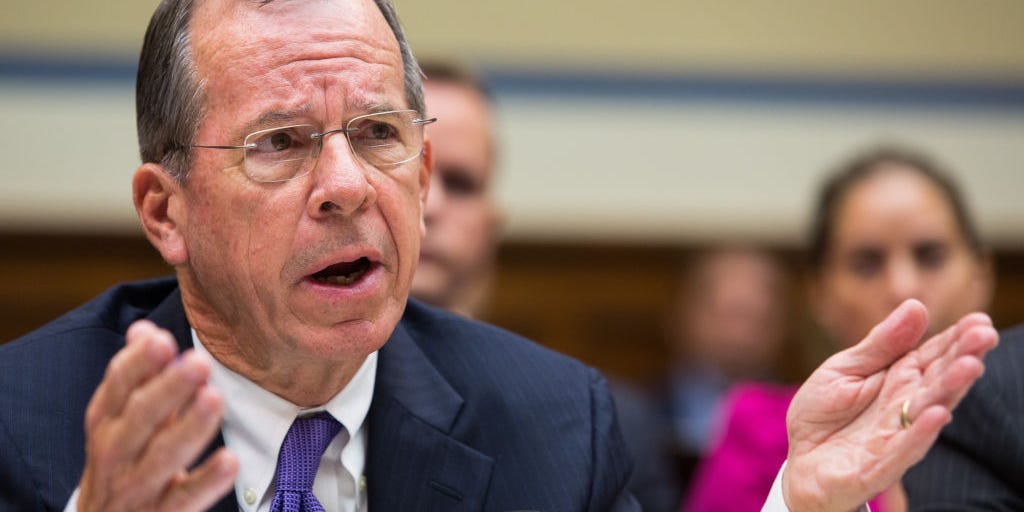 Mike Mullen, a retired Navy admiral and formerly the top US military officer, sounded the alarm Sunday over the recent Pentagon leadership purge, noting that there is still time for President Donald Trump and his team to do "something that's really destructive."

"I'm actually very concerned about the Trump loyalists who have now gone to work in the Pentagon," Mullen, who served as chairman of the Joint Chiefs of Staff during both the Bush and Obama administrations, told Chuck Todd Sunday on NBC's "Meet the Press."

Earlier this month, Trump fired his defense secretary. The next day, the chief of staff to the secretary of defense and the top civilian Pentagon policy and intelligence officials resigned.

Those positions were filled by Trump loyalists, including retired Brig. Gen. Anthony Tata, a former Fox News commentator who spread falsehoods about former President Barack Obama, writing on social media that Obama was a "terrorist."

As observers questioned the reasons behind the moves at the Pentagon, the administration began taking steps to pull thousands of US troops out of Iraq and Afghanistan.

On November 17, acting Secretary of Defense Christopher Miller, who arrived at the Pentagon only a week prior, announced that by the middle of January the troop levels in Afghanistan and Iraq will be down to 2,500 each.

"I just think we need to be very careful with that," Mullen said of the reductions.

"I'd like everybody to come home as well," he continued. "There are still terrorists who would do us ill. I want to play, actually, the game on their turf, and not play it here. If we just come home, my fear is that they arrive here in the United States."

"We've been through that before and I never want to see that happen again," he said.

Retired Adm. William McRaven, the former head of US Special Operations Command and Navy SEAL who oversaw the Osama bin Laden raid, said Sunday on ABC's "This Week" that he was also "concerned" by changes at the Pentagon.

He said that Trump had "taken out all the leadership in the Department of Defense" and replaced them with a new team, one lacking experience.

"The new team, you know, maybe they're good folks, but they are inexperienced," he said. "And what they're trying to do, of course, is to push forward President Trump's agenda, particularly when it comes to Iraq and Afghanistan and drawing down the number of troops."

"We've got to be thoughtful, we've got to be methodical about how we draw down the number of troops in Afghanistan," he said. "But what it appears is that this new administration in the Department of Defense is really rushing to get a lot of Trump's agenda resolved before a President Biden comes in."

Both Mullen and McRaven also raised concerns about the possibility of escalating tensions with Iran, which has been a serious issue at various points during Trump's presidency.