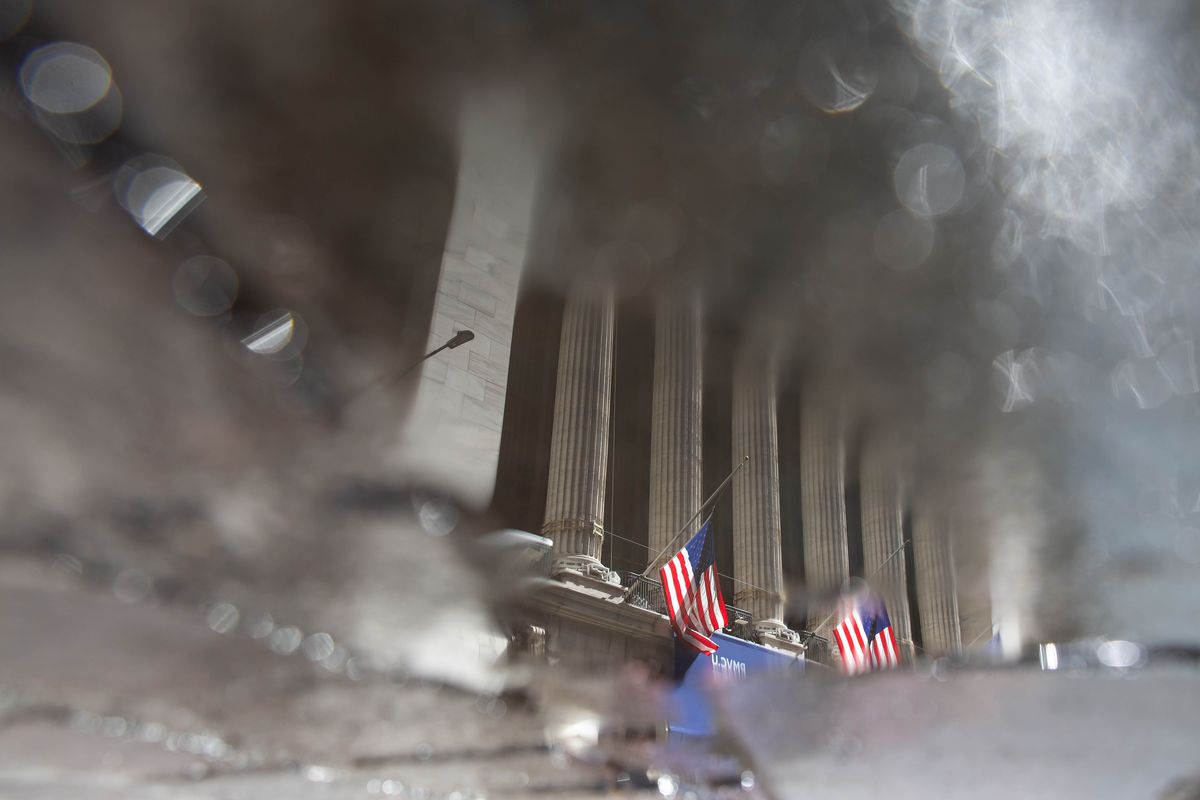 The House approved legislation that could lead to Chinese companies including behemoths like Alibaba Group Holding Ltd. and Baidu Inc. getting kicked off U.S. exchanges if Washington regulators aren’t allowed to review their financial audits.

The legislation easily cleared the Senate in May and won bipartisan support in the House. Passage now sends the bill to President Donald Trump, who is expected to sign it.

“U.S. policy is letting China flout rules that American companies play by, and it’s dangerous,” said Senator John Kennedy, one of the bill’s lead sponsors, in a statement. “Today, the House joined the Senate in rejecting a toxic status quo, and I’m glad to see this bill head to the president’s desk.”

In addition to requiring companies to allow U.S. inspectors to review their financial audits, the bill — originally introduced by Kennedy, a Louisiana Republican, and Senator Chris Van Hollen, a Maryland Democrat — requires firms to disclose whether they are under government control.

Many investors “have been cheated out of their money after investing in seemingly legitimate Chinese companies that are not held to the same standards as other publicly listed companies,” Van Hollen said in a statement. “This bill rights that wrong, ensuring that all companies on the U.S. exchanges abide by the same rules.”

The measure represents a watershed moment in a long-running dispute between Washington and Beijing. At issue is China’s refusal to let the Public Company Accounting Oversight Board examine audits of firms whose shares trade in the U.S. The requirement for the inspections by the agency, which was created in the wake of the Enron Corp. accounting scandal, is meant to prevent fraud and wrongdoing that could wipe out shareholders.

Regulators in the two countries have been engaged in on-again, off-again negotiations amid the standoff for more than a decade. Over the years there have been moments of optimism that the two sides were closing in on a deal, but ultimately it always fell through — with China citing strict confidentiality laws. More than 50 other foreign jurisdictions now permit the PCAOB inspections.

Despite the inability of American inspectors to review audits of Chinese firms, they’ve been allowed to continue to trade in the U.S., as the dynamic has been profitable to American stock exchanges, investment banks and asset managers. According to the Securities and Exchange Commission, more than 150 of the country’s companies, with a combined value of $1.2 trillion, traded on U.S. exchanges as of 2019 and there have been a spate of initial public offerings this year.

Major companies such as Vanguard Group Inc., the New York Stock Exchange, and Nasdaq have all expressed concern that the trend could reverse, with a crackdown causing Chinese companies to move their listings to Hong Kong or countries where investor protections are weaker than in the U.S. American investors would still be able to purchase the stock.

Alibaba CFO Maggie Wu said during a May 22 earnings call that the company “will endeavor to comply” with legislation that seeks to bring transparency to investors buying stocks on U.S. exchanges. Her comments were directed specifically at the Kennedy-Van Hollen legislation, which at that point had just passed the Senate.

The bill would prohibit foreign companies from trading in the U.S. if PCAOB inspectors aren’t allowed to review their auditors’ work for three consecutive years. The businesses would also have to disclose whether they’re controlled by China’s Communist Party, or any other foreign government.

Jay Clayton, the outgoing chairman of the SEC, supports the legislation.

“There is broad bipartisan congressional support, as well as support across the federal financial regulators, for bringing this significant asymmetric treatment to a conclusion on a time frame that allows investors to adjust their holdings as they believe appropriate,” Clayton said in a statement Wednesday.

The NYSE said in a statement that “we are hopeful this legislation’s time horizon will allow” for balancing both protection and choice for investors.

The SEC has been pushing ahead with writing a rule to tackle the same issue, which would lead to the de-listing of companies for not complying with U.S. auditing rules, Bloomberg News reported last month. The effort is in response to recommendations released earlier this year by top Trump-appointed financial officials including Clayton and Treasury Secretary Steven Mnuchin.

Fang Xinghai, the vice chairman of the China Securities Regulatory Commission, last month expressed optimism that the clash could be resolved with an incoming Biden administration. “It’s not an intractable problem,” Fang said, adding that it’s important to ensure that Chinese companies have access to international capital markets.

As in the Senate, the bill passed the House by voice vote, underscoring the bipartisan support for the measure.

— With assistance by Billy House